Adani Mine Powers On Through Protest and Controversy 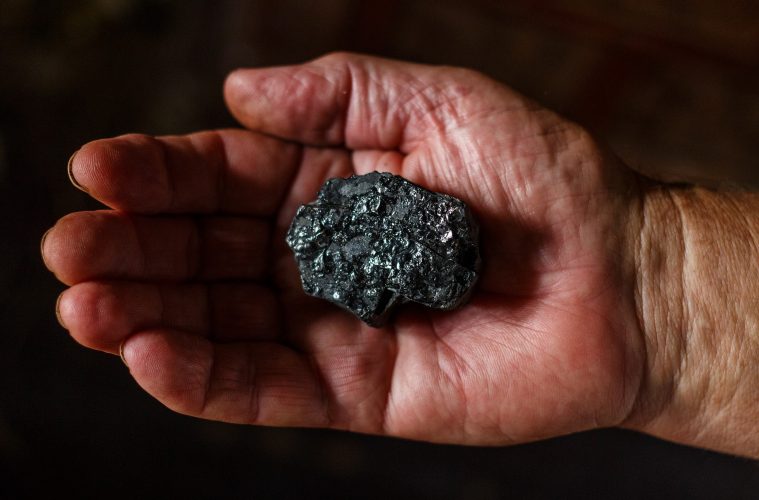 It wouldn’t be the biggest coal mine in the world if it didn’t come with at least a little controversy. But Adani’s proposal for Queensland’s Galilee Basin has come with enough drama to have its own reality TV show.

Early estimates were, the proposed Carmichael coal mine would create up to 3,000 jobs for Australians. This figure has changed almost every time it’s been mentioned and, in some reports, has more than tripled with Queensland Premier, Annastacia Palaszczuk, and Guatam Adani both now regularly claiming the mine will provide 10,000 jobs.

Palaszczuk is gung-ho about the mine project and the jobs it will create. While she called Adani’s promise of local jobs an “iron clad guarantee”, later in her speech she admited:

“I am taking him on his word, he is taking me on my word.”

A little more shaky than “iron clad”. However, Adani’s word may well prove reliable. Palaszczuk expressed concern about the effect of the mining downturn on regional Queenslanders and claims she will hold Adani to their promise of hiring local residents and setting up regional headquarters in Townsville.

Fighting for the mine

Palaszczuk has been battling to defend her support of the mine with protestors never shy about making their opinions known. When confronted at the Bruj airport on her trip to Adani’s headquarters in India, she was quick to retort:

“All of you have jobs and there are regional Queenslanders that are fighting for jobs. Ten thousand regional jobs.”

Using the same argument teenagers around the world use to bribe their weakest parent into buying them alcohol, Adani CEO, Jayakumar Janakaraj, claimed if India didn’t get coal from Australia, they’d get it elsewhere and it wouldn’t be as safe.

“India is a large consumer of coal either way so if Australia doesn’t produce and give India high-quality, highly sustainable mining, it’s going to rely on coal from less reliable geographies. Australia has this moral responsibility to be part of the solution and not just part of the problem.”

Mr Janakaraj made vague claims about the company aiming for 60% renewables at some point in the future. Both Palaszczuk and Janakaraj have been claiming the Carmichael mine will have a positive impact on the environment in unexpected ways. Janakaraj suggested protestors should look at facts not emotions but then failed to follow through with any facts, simply stating:

“This project is a net positive impact on climate change in the world.”

The positive impact he is talking about appears to be in the form of a 200-megawatt solar project Adani is undertaking near Moranbah; and a promise to invest in Queensland agriculture. The crops the company is looking to get into are vegetarian favourites lentils and chickpeas. Talk of these initiatives is (once again) vague, giving them the distinct feel of a consolation prize to Labor’s left-wing constituents. 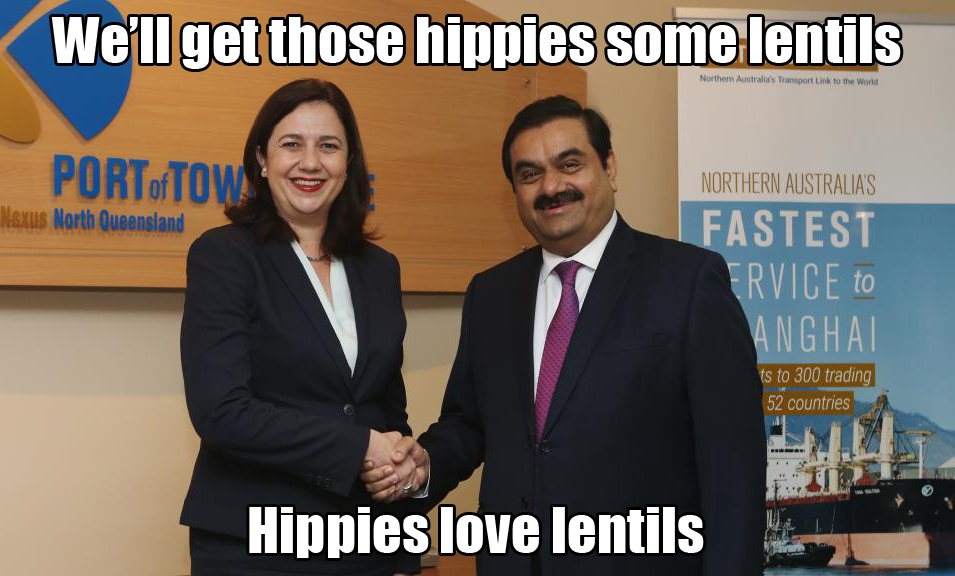 Anthony Lynham, Queensland Minister for Natural Resources and Mines, is confident the Palaszczuk Government will be able to maintain a reputation for caring about the environment.

“There are 200 stringent conditions placed on this project through its court processes. We can have jobs and economic prosperity for the north as well as protecting the Great Barrier Reef. Our commitment to the reef is strong: $100 million to the reef, no dumping of capital dredge spoil to the reef [and] higher water quality targets.”

What protesters have been up to

This optimism has had no effect on the activist groups opposing the project. Adani’s fight to make the world’s biggest coal mine in Queensland has been monumental. They’ve pushed through over a dozen legal challenges to the mine itself, the railway and the port terminal. The Wangan and Jagalingou Traditional Owners Council are the most recent entrants to the fray, filing documents to contest Adani’s Indigenous Land Use Agreement.

The Mackay Conservation group, and other environmental organisations, have been unable to halt the project altogether with their legal proceedings. However, their petitions have resulted in conditions being placed on the mine’s approval. Adani is now required to provide $1 million in funding to conservation efforts for endangered species in the Galilee Basin and the Doongmabulla Springs. Of particular concern is the southern black-throated finch.

“These measures must be approved by myself before mining can start. The reigiour conditions will protect threatened species and provide long-term benefits for the environment through the development of an offset package.”

The Mackay Conservation Group did not see this as even a small win. Co-ordinator, Ellen Roberts, felt Hunt had failed the Queensland community with his decision to allow the mine to proceed, even with the conditions he imposed.

“Hunt’s new conditions do not adequately deal with the seriousness of the implications of this mine… The mine should have been refused.”

Not all protests have been so formal. On the 5th of march, a group of 10 staunch grannies and grandpas stormed the offices of Labor’s state headquarters, bedding in hand, vowing to stay until they get a guarantee the mine won’t get any government funding. With 2000 grandparents in the group, their intention is to tag-team until their demands are met.

On the other end of the age spectrum, the Australian Youth Climate Coalition enacted a midnight graffiti-attack on Westpac ATMs. Their gentle campaign included graphics projected onto Westpac buildings and posters covering ATM screens. 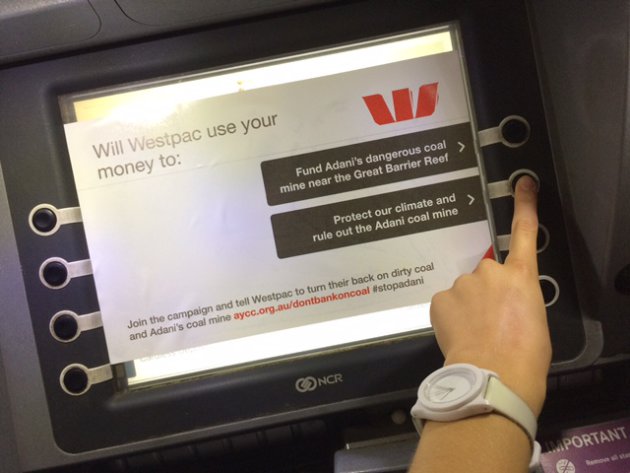 National Australia Bank has recently confirmed it will not provide funding for the mine and Westpac is now the only major bank holding out.

Is the Adani mine project going ahead?

Adani is still waiting on a groundwater licence before it can proceed and is pushing for a loan from the Australian Federal Government. While Lynham was adamant there would be no funding for the project from the Queensland government, he was all for the idea of a $1 billion Federal loan.

Adani hopes to start construction in September this year, with job ads already being hinted at online. They estimate the project will generate more than $16 billion for the Australian economy, depending on the mine’s lifespan, and are pushing for the protests to be put to rest.

“Clearly, the time has come for the will of communities who are crying out for these projects to proceed to have their voices heard – not just those of activists from out of town.”

The State Government is echoing this sentiment, asking Queenlanders to focus on the millions of dollars in mining royalties the state will receive and claiming this money will be funneled into roads, schools and hospitals.

What do you think?

The project has divided the state, with some welcoming the jobs and royalties it will bring Queenslanders, while others are concerned about the environmental impacts. We’d love to hear your thoughts on the issue in the comments below. 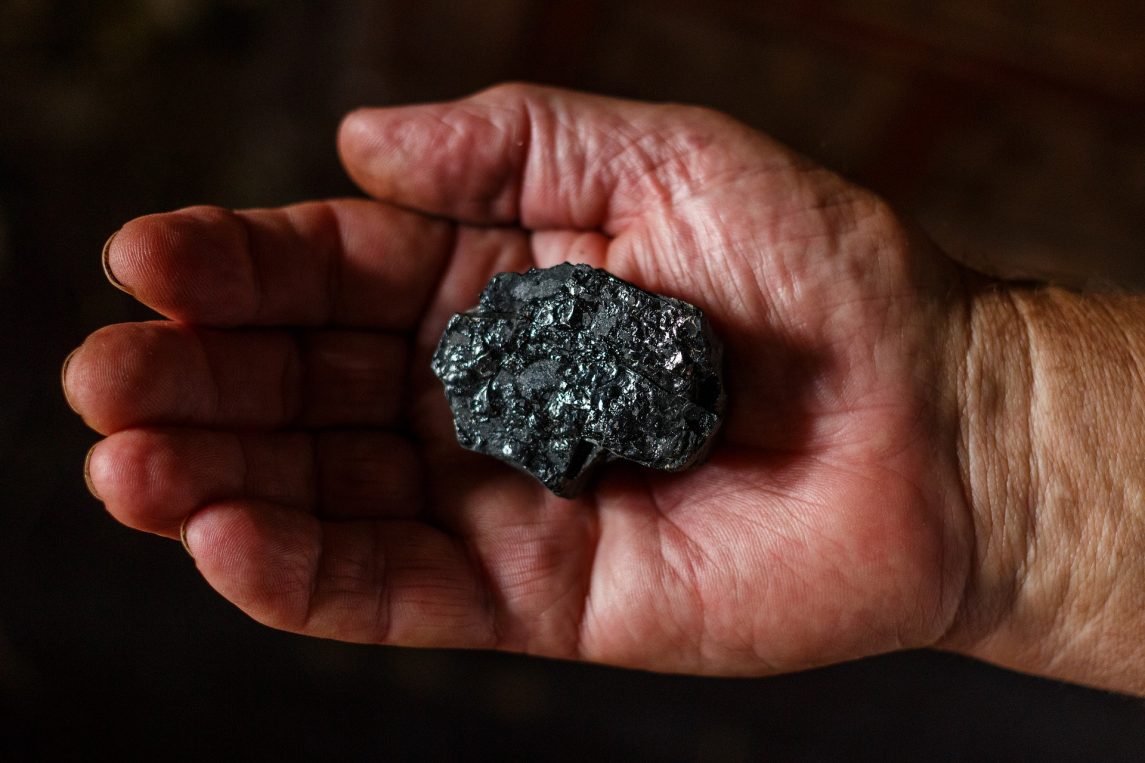 Article Name
Adani Mine Powers On Through Protest and Controversy
Description
Adani's proposal to build the world's biggest mine in Queensland's Galilee Basin has come with enough drama to have its own reality TV show.
Author
Krystle Richardson
Publisher Name
Machines4U
Publisher Logo