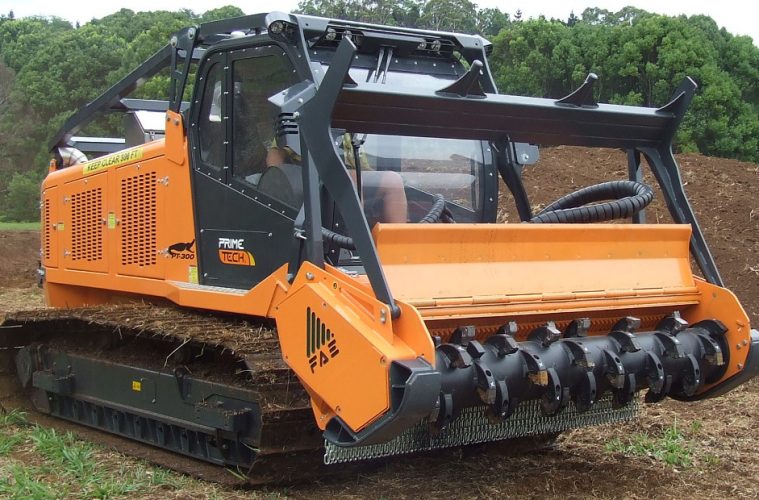 Breakthroughs. They pretty much sum up the 21st century since there are countless breakthroughs that change the way we do things that are introduced every now and then; to the point that many of us are pretty much overwhelmed. Take for instance, in the farming machinery industry, just as we thought that bulldozers, as well as excavators, have their place, a new and better equipment was introduced that paved the way for labour efficiency and cost effectiveness. What am I talking about? The forestry mulcher. And recently, a mulcher model is in the spotlight: the  Prime-tech PT 300 Forestry Mulcher. I’ve heard a lot of good stuff about it, but of course, hearsays don’t count when it comes to getting the truth of the matter. So, the review and I team decided to dig deeper to find out what this so-called “bad boy” is all about. Afterwards, let’s determine if it’s a real bad boy or just a goody two shoes in disguise.

With a high horsepower engine, you can say that the the PT 300 can well perform in challenging road conditions. From rocky terrains to, slippery trails, to rough roads, the said model conquer them and ensure that productivity  will not be compromised.

Safety is a little something that the guys of Prime-tech made sure was properly addressed. They made improvements on the cabin and included  a flat-faced front windshield that can give utmost security. Aside from this, they also included a sturdy metal frame in the cabin that is capable of giving protection against rollovers and other similar incidents.

Aside from reliability and safety Prime-tech made sure that their equipment and vehicles are Euromot 3 and Tier 3 compliant. Why because they the company made sure that the vehicles that they introduce on the market can somehow help reduce the accumulation of greenhouse gases that contribute to global warming.

Overheating is one of the most common problems that many heavy equipment often encounter, the good news is this issue has been addressed by Prime-tech. The developers of the PT 300 included an innovative hydraulic cooling system to prevent it from happening. This doesn’t only ensure that productivity is not compromised, it also safeguards the engine from breaking down since it doesn’t speed up the degradation of oil.

Sometimes, operating a huge piece of equipment such as a forestry mulcher can be quite a challenge, but it’s a good thing that the PT 300 comes with an accessory that is specifically designed to make things easier for the operator: a rear view camera. With this, you can have a clear view of your back and make the appropriate moves/maneuvers if necessary.

The 2015 model comes with an improved ingress protection, which means that it provides better protection against humidity, dust, pressure washing, and other external factors. With this, you can rest assured that you can enjoy your PT 300 and utilize its full potential for many years to come.

The PT 300 actually exceeded our expectations and it’s actually a decent investment if you’re looking for state-of-the-art unit that combines functionality and cost efficiency. Plus, its improvements are really good, considering that it’s relatively new compared to its more established counterparts. While it’s more equipped compared to its predecessors, I still believe, though, that it has a long way to go before it can well compete head to head with industry leaders. Nonetheless, the Prime-tech guys made a great job on this one and they deserve a tap on the back for a job well done.