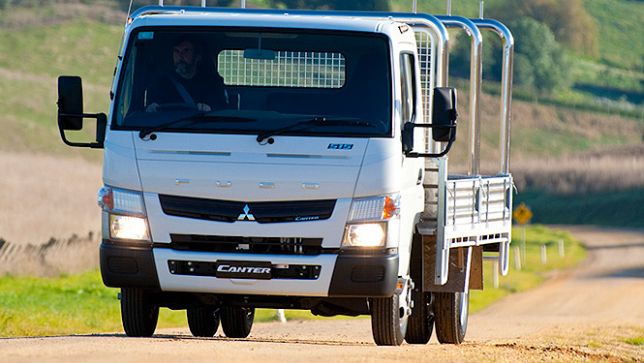 The rigid truck’s share of the truck market has been on a steady rise in the recent years. With most of its success coming from the truck’s unique size and operational flexibility. The versatile build allows it to handle a greater range of applications that even bigger trucks may struggle with. In relation with that, today’s review will be about one of Fuso’s recent offerings in the rigid truck market. I initially saw it online and thought the specs and features are quite intriguing. Thus, me and the guys from the team gave the unit a go. So without further delay, here’s our review of the 2015 515 Loadmaster by Mitsubishi Fuso.

In our current market, having a rigid truck with around a thousand in kilograms of payload capacity would be enough to cause some of us to turn around and give it a pretty satisfactory grade. However, the 515 Loadmaster comes in and doubles that weight capacity, almost as if asking as to turn around twice to check it out. Furthermore, the sheer size of the truck’s tray is right up there with its bigger peer with dimensions of 4290 mm front to rear and 2282 mm side to side, allowing more room for additional cargo.

Unlike some trucks which are sold in cab chassis form, which requires the operator to look for a tray that suits the truck, Fuso have designed their latest offering as a truck with a big tray that has fold down sides and ladder rails, which allows the vehicle to start right away.

The rigid truck has a 3.0-litre four-cylinder turbodiesel that produces 110 kW and 370 Nm. It also powers quick, and is rather efficient, using around 12L/100km during our test. It runs pretty steadily as well, with less vibration and noise, except maybe for the occasional rattling of the drop-side panel from the rear.

Another interesting I’ve noticed is that the Mitsubishi 515 is quite easy to drive, with independent front suspension, that should work well with most operators out there. Maneuvering the truck becomes more convenient, too thanks to the ergonomic design implemented at the driver’s control dashboard, which makes it easier for the driver to access the controls while having superb road visibility. Additionally, the seats were pretty nice and comfortable, too for both the driver and the passenger.

I seriously think it’s worth mentioning and on that note, emphasize that the truck comes with a three years 100,000 kms or 2,000 operating hours (whichever comes first) guarantee and a complimenting cab perforation and anti-corrosion warranty. Not a lot of manufacturers are able to give out more than the standard (one year) warranty, so this should also come in as a pretty solid advantage in the long run.

Overall, the 2015 Mitsubishi Fuso 515 Loadmaster provides plenty of upsides. Especially for operators who are seeking a rigid truck with a great a balance of specs and features. For its size, the vehicle also possesses an impressive payload capacity that edges out some of its bigger peers. The truck won’t blow you away with a single feature, but the sum of all parts’ definitely a worthy investment. Rounding up, the 2015 Loadmaster offers some really promising specs that should easily make it a holdover in the market. It surely deserves a good look for anyone looking for a practical and very steady workhorse for the long haul.