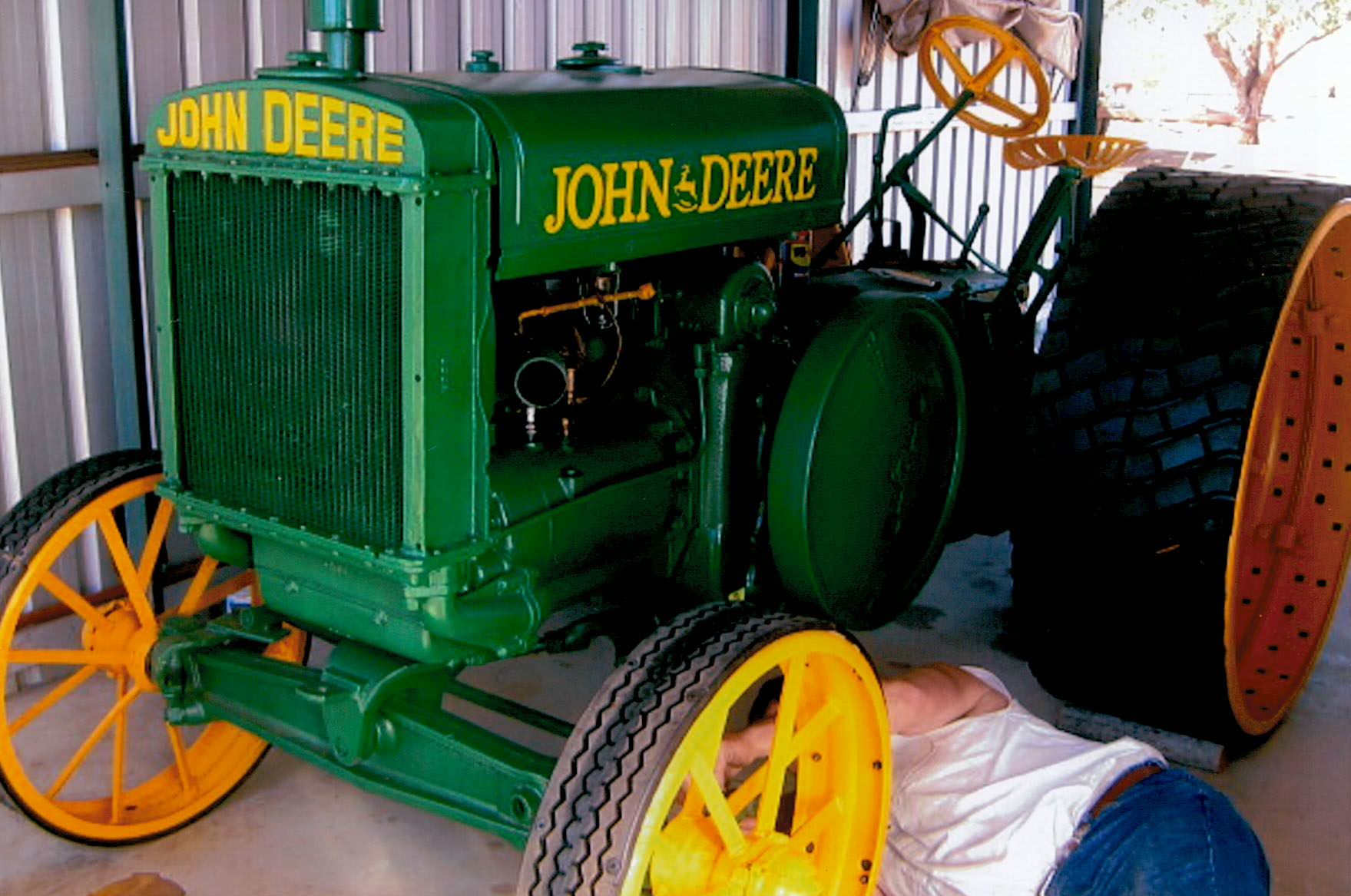 An 89-year-old John Deere Model D tractor is now restored to its former glory. This is thanks to the dedication and passion of the Gallinagh family in Corrigin, Western Australia.

See a gallery of the full restoration below.

The tractor, a John Deere 1929 Model D, joined the Gallinagh farm fleet in 1930 for $700. The journey was long. Shipped over from the US to Fremantle, and hauled up to the family farm in Dowerin by train.

Used for ploughing, land clearing, seeding and harvesting, the tractor was put through its paces until 1960. After which, Vince repurposed it to run a belt-driven water pump and cut chaff hay for livestock.

Vince Gallinagh, son of the tractor’s original owner, discussed the Model D tractor with some nostalgia. “(it was) such a reliable tractor, actually quite powerful 30HP. Others (were) not as powerful… they were easy to start, no shotgun shells or crank. Just put the choke on, swing the fly-wheel and bang, away she went”.

From Tinkering To Restoration

After semi-retirement, this tinkering turned into a passion. He wanted to see the tractor return to its former glory.

“The engine was painstakingly restored. The radiator had a tiny seep around the gasket on the head tank but the brass core was still as good as new and has been kept as the original. Parts like mud guards and foot plates were sourced from John Deere in America.” Vince told deere.com.au.

After 2 years, Vince attached the final parts and the project was complete.

The tractor will be on display to the public at the Corrigin Agricultural Show in September 2019.