Can’t afford a Lamborghini? Learn how to make your own!

Every grown man young kid dreams of owning a supercar when they’re older. Cruising the streets, slowly, so as to let passers-by bask in the glory of your machine, before hitting the gas and leaving spectators in a cloud of dust and awesome—you would be the coolest person you know, right? Unfortunately, the budgets for those kinds of cars are often exclusive to movie stars and oil tycoons. However, thanks to the likes of ingenious car tinkerers and modifiers, you could have a dream machine of your very own. For a LOT less than you think!

If you caught Suicide Squad at the flicks last year (despite your overwhelming disappointment with the movie) you no doubt drooled over the Joker’s ‘purple Lamborghini’. Heck, Skrillex even dedicated a song to it. If you don’t have a clue who Skrillex is, let this be your introduction to the ‘dubstep’ music genre…

Whether you’re a fan of the movie (or Skrillex) or not, there’s no denying that the purple beast is the stuff of your wildest, car-loving fantasies. The good news for the budget-conscious humans among us is that, for less than $50k AUD, you can be driving one of your very own. WHAT!? That’s right, it’s possible, and it’s been done by American exotic body kit manufacturer Vaydor.

“We have a unique designed car, looks like a million dollars, and we’ve produced it so that the average person can build it for an affordable price.”

In fact, Joker’s sports car is far from a Lamborghini. It’s nothing more than an old Infiniti G35 with a custom body kit. All up, the car, the kit and the interior fitout could set you back as little as $25,000USD.

Vaydor’s designer Matt McEntegart was no designer by trade. Just like the rest of us, he’d dreamed of owning his own supercar. He didn’t let his lack of budget or design experience deter him, and he set to work on his first ‘supercar’.  Many long hours of toiling away at the project landed him a contract with Warner Bros. to create the Joker’s bad ass car. Needless to say, it’s paying off. Orders have since gone through the roof, with car enthusiasts from around the world wanting to get in on their very own piece of the luxury-on-a-budget action. He’s at pains to point out that anyone with a bit of nous and some epic persistence can achieve similar results.

“I can’t draw, I have no design experience, so I just shaped it out of foam. It took me a year and a half, seven days a week before I had a car out of the mould.”

First of all, you’ll need to go and buy yourself an Infiniti. Don’t be too fussy about outer scrapes and dents – as you’ll be sacrificing the entire outer of the car. What makes this conversion super attractive, is that it doesn’t require any modification of the major mechanical components of the car. The air conditioning, power windows, dash and chassis (along with the rest) are all kept intact.

Here’s the potentially tricky bit. You’ll need to get a roll cage installed. If you’re so inclined, you can put this together yourself. Otherwise, you can employ the services of your favourite metalworkers to do it for you. Be sure to check your local legislation around safety guidelines, lest you have your newly-modified prize possession resigned to the garage for not meeting roadworthy regulations.

Once you’ve taken care of that, it’s a matter of installing your Vaydor body kit, which you can order online and have shipped to your home or workshop. Now, if you’re a bit of a boffin in the field of vehicular modification, you might like to take on the task yourself. For more help, Matt McEntegart gives some handy tips and photos of the process in this forum.

Finally, you will need to fit out the interior with seating, door panels and console. Well, if you want the interior of your car to match the magnificence of the exterior, that is. Your bodywork gurus can sort you out with a kit for this as well (Vaydor charge USD$3000 for their kit), or else, once again, you can take care of these components with a bit of elbow grease and some cannibalism of other, unlucky cars.

Before you know it, you’ll have your very own super villain-esque mean machine to cruise around your local streets, the envy of every car lover in town. 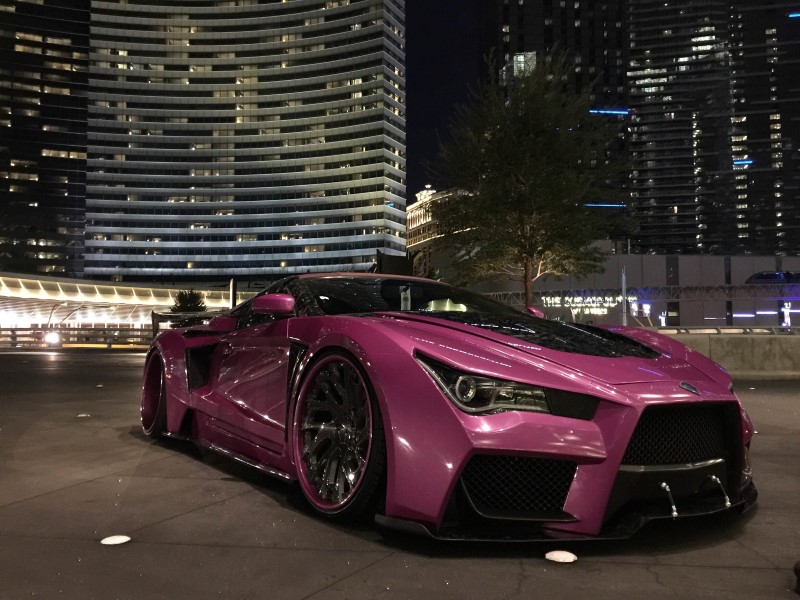 Article Name
Can’t afford a Lamborghini? Learn how to make your own!
Description
Every grown man dreams of owning a supercar. Thanks to the likes of ingenious car tinkerers and modifiers, you could have a dream machine of your very own.
Author
Maggie Harris
Publisher Name
Machines4u
Publisher Logo