What Is A CNC Machine & How Does It Work?

From creating car parts to carving intricate patterns into a cupboard door, a single CNC machine can have a varied work life. They’ve fast become an invaluable part of modern-day industry, but what exactly are they? We explore this multi-tasking machine.

A CNC machine, or computer numerical control machine, is a machine which uses a computer to control tools. The original numerical control machines were developed in the 1940s and 1950s to create parts for the aircraft industry. These early machines produced templates from data on punched tapes. Now, computer software, such as a CAM program, is used to control the movements of the machine. 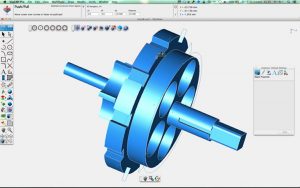 How Do CNC Machines Work?

CNC machines usually feature a version of a CAD software program. A CAD program, or computer-aided design, is software which allows you to draw what you want to cut. The drawing is either 2D or 3D and when completed it a creates a code for the CNC machine to read.

CNC machines work by following co-ordinates along axis. Basic machines move along one or two axis, but advanced machines, and those creating 3D items, will move along three axis. The machine’s tools follow thousands of co-ordinates, cutting and shaping as they move.

Before a CNC machine begins its first task, a trial run is conducted. This trial run is referred to as cutting air and is incredibly important as any mistakes could result in a damaged machine or part.

As their name suggests, commercial CNC machines are larger in size. Their computer is usually built-in and they have a feedback system which monitors the machine’s progress and makes adjustments if required. Hobby CNC machines are particularly popular among woodworkers. They are smaller in size—sometimes referred to as desktop CNC machines—and their software program is generally hosted on an external PC.

Like most industry equipment, price often reflects quality. Mazak is well known for its high-quality CNC machines, but it’s in the upper end of the market. However, if you’re looking for a long-term investment, they’re definitely one to go for. If you’re new to CNC machines and want to save on price, Doosan produces easy-to-use machines that are relatively cheap. They can be used for personal use and in larger scale production. Finally, if you want something tried and tested, American brand Haas is the largest CNC manufacturer in the US. It’s the most popular brand both there and in Europe. 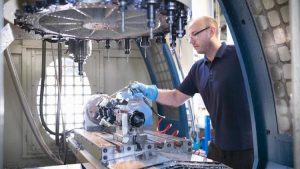 What is a CNC Machinist?

As advanced as CNC machines are, they still need human input to ensure they work correctly. That’s where the role of a CNC machinist comes in. In industrial workplaces, machinists work with CNC machines and make sure they are working at full capacity and are stocked with materials. They can work on one particular machine or across different machines. As well as monitoring the machine’s progress, they also adjust its speed and the path of the cutting tool. They are often the gatekeepers of quality control and will examine the finished product to ensure it’s not defective and can move to the next step in production.

How Much is a CNC Machine?

Cost of CNC machines varies greatly depending on size and whether the machine is used on commercial scale, or as a hobby. Large, commercial machines often retail for upwards of $100,000, but some second-hand models and smaller machines are priced around $50,000 and under. Hobbyist machines can be picked up fairly cheap, with some retailing for around $500, however their uses may be limited. As with all equipment, it’s best to do your research and find something which suits your needs before going ahead with a purchase.

Why Do I Need a CNC Machine?

The popularity of CNC machines is largely due to their accuracy. They produce more precise results than manual cutting and the process can be repeated again and again. And, they can create highly complicated designs and intricate shapes which might otherwise be impossible. Their precise use of materials also means that there is less waste produced, making them an environmentally sound option. As their designs are stored on computers it also means workshops don’t have to be cluttered by physical templates. 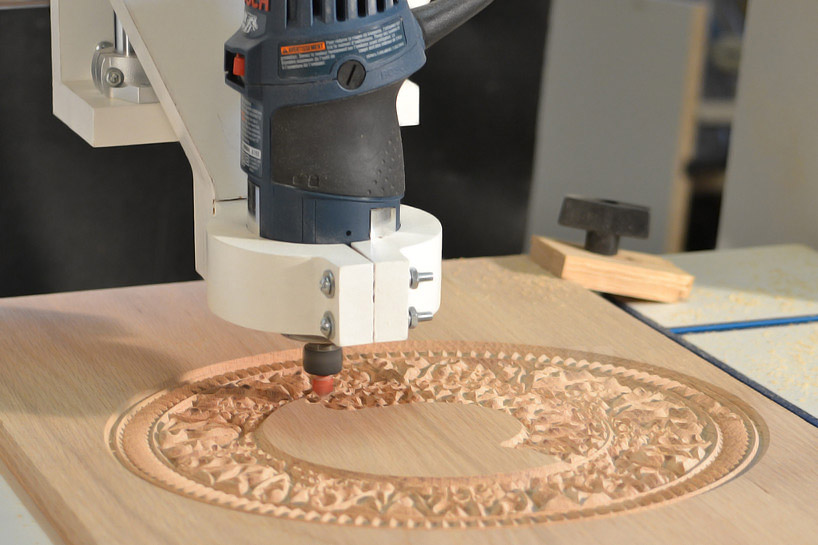