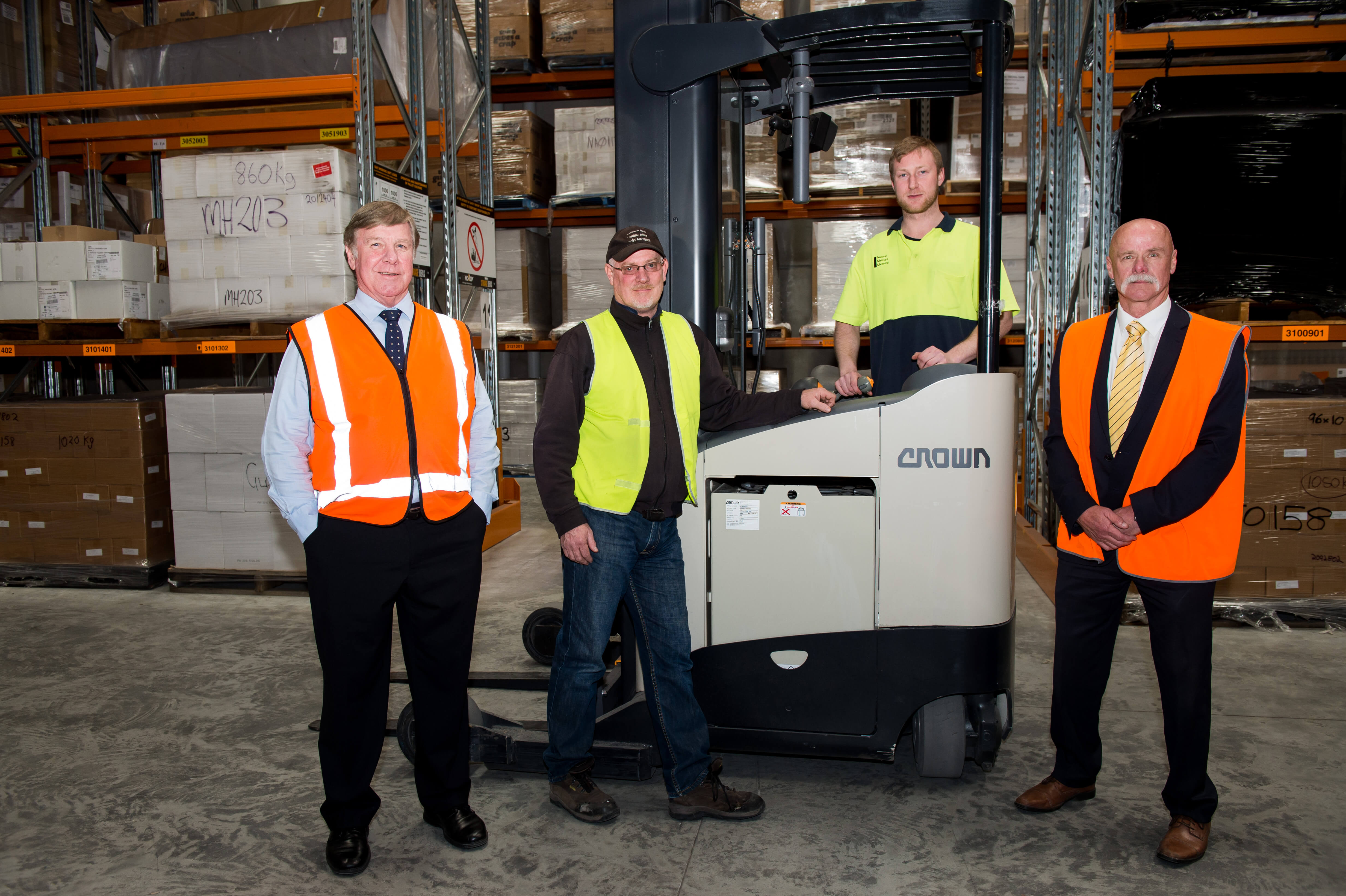 Crown Equipment is helping one of Australia’s biggest multi-user mailing house/print distribution centres grow the capacity and efficiency of its storage and distribution operations by providing a more capable and reliable material handling fleet.

National Mailing and Marketing (NMM), an award-winning company which has been providing customised distribution solutions to government and private sector clients in the Australian Capital Territory, New South Wales and beyond for over 30 years, is running a Crown CG Series counterbalance forklift for loading and unloading duties and three Crown RR Series reach trucks to fully capitalise on the height of its recently built storage facility.

The company has also taken on Crown Wave® Work Assist Vehicles, which are improving stock-picking efficiency and safety over the step ladders previously used.

The company currently manages over 5,000 pallets and 10,000 product lines for its 50 clients, to whom it provides digital print on demand, mail fulfilment and distribution and third-party logistics services.

General Manager Dennis Ogden said the boost in reliability and the way Crown equipment fulfils NMM’s material handling needs has led to a strong relationship between the companies.

“Going back to the early days of NMM, we started off with one second-hand forklift and steadily built-up the fleet over the years,” Mr Ogden said.

“As the business grew we obviously needed to upgrade those vehicles. We then started having problems with certain vehicles, at which time we looked around for a short-term hire vehicle.

“That hire vehicle replaced two of our vehicles and became a permanent fixture. We had excellent service from Crown so we decided to dispose of the second-hand forklifts altogether, which were failing continuously. The costs were mounting so we went for the full hire fleet option.

“We now have a full fleet of Crown vehicles and they’re operating very well.

“Manoeuvrability, reliability and a lack of downtime is what we were looking for and we’ve achieved all those things.”

The reliability of Crown lift trucks has been a major factor in operating cost savings that NMM has made since working with the brand.

“Because of the lack of reliability with the forklifts we had, we actually had a spare forklift that sat in the corner for 90 per cent of the time but was there to call on if any of the others failed. Usually there was a regular failure so we’ve saved the cost of one forklift just to start with.”

“The forklift we have here, without it we would not be in this new building…

“We had to have the forklift with the lift height and lifting capacity and it had to be easy to operate. When our new facility was built we needed to source the larger vehicle with a taller mast, given that we’re going eight levels high. We then spoke to Crown, who were very helpful in spec’ing the vehicle we needed.

“Having this forklift enabled us to go that little bit higher in the warehouse and we’ve probably gone an extra 15 to 20 per cent above what we were initially planning.

“We’ve also been able to design the racking layout with narrow aisles because of the tight turning circle of the Crown, so overall we’ve maximised the storage space.

“Comparing this to our other building we’ve probably got a 30 to 35 per cent capacity increase and we were only able to do that by having the Crown forklifts on site.

“Crown were with us right from the start, on opening day when the vehicle first rolled in and we’ve been happy with Crown ever since.”

Crown sales staff have also been instrumental in providing new, affordable material handling solutions to help improve other areas of the business.

“Speaking to our Crown sales representative the other day, he suggested that we might like to have a look at the new order picking equipment that Crown is bringing in. He delivered a new Wave on site within a few days and all of our pickers and packers have now trialled it.

“It’s easy to operate, easy to manoeuvre and they feel comfortable and safe on it. I think that’s going to improve our picking capability and capacity fairly significantly as well.

“We have been using step ladders but I think this is going to bring a whole new way of picking orders at NMM.

“Given the service we’ve received and where we’re heading in the future, we’ll be very happy to have Crown come along with us.”

Based in Hume, ACT, NMM has been servicing the public sector and private businesses since 1993. In addition to the ACT and southern New South Wales regional areas, it also has clients based in Sydney, Brisbane, Melbourne and as far afield as London.

The company won the Medium Employer of the Year category at the ACT Training Awards in 2014 and 2016, and the ACT Chief Minister’s Inclusion Awards in 2012 and 2014. 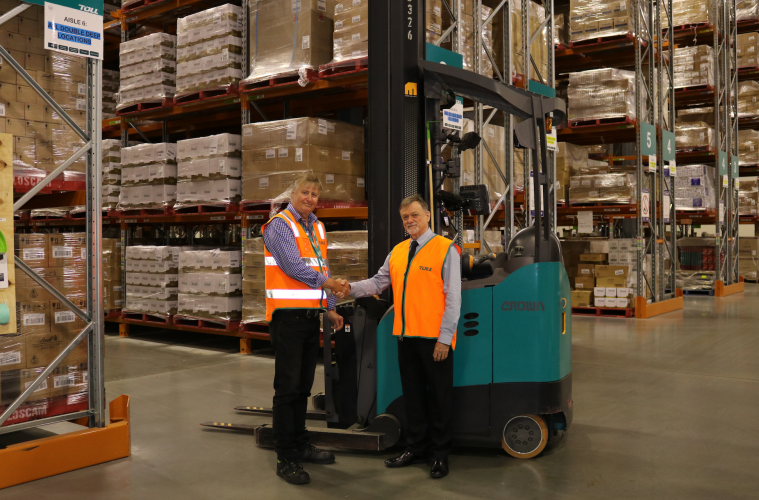