End of the road for Richardson Bros Transport 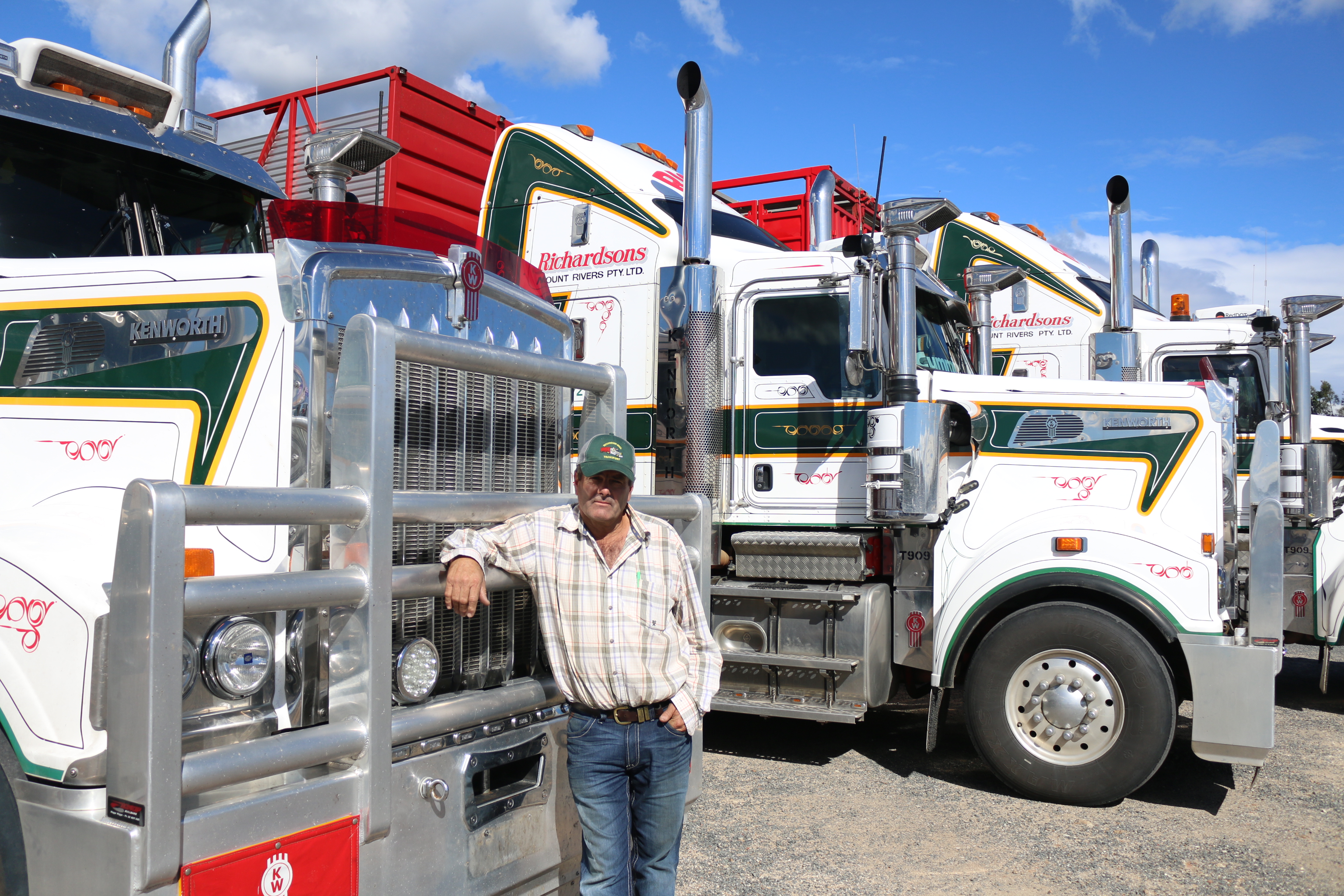 Respected transport company Richardson Bros will wind up 30 years of carting livestock next month, sending all its trucks and crates to auction with Ritchie Bros.

Owner Tony Richardson said he still has a passion for trucks but, after decades on the road and glued to his phone, it was time to concentrate on family and their farms.

“We run a number of beef cattle on the family farms in central New South Wales so I won’t be hanging up the boots just yet,” Mr Richardson said.

Richardson Bros mainly serviced feedlots, abattoirs and rural properties across New South Wales and south-east Queensland out of its Rutherford depot, and proudly employed many drivers with decades of experience including one who had been with the company since it started.

“Transport is the best job in the world if you can manage the fatigue,” Mr Richardson said. “For me, taking a load of cattle for a drive is nearly as good as a holiday!”

Richardson Bros will sell its last six prime movers and eight sets of B-Double stock crates at auction on May 17.

“I chose to sell with Ritchie Bros. because they’re true to their word and fulfil their promises and I’m more than comfortable working with them,” Mr Richardson said.

“We’ve had an unprecedented level of interest in this gear because Tony’s name is so well regarded and he really looks after his assets,” Mr Doyle said.

“The stock crates – including Cannon, Truck Art and Byrne – were custom built.

“It’ll be an emotional sale for Tony and his family – the end of an era but also a fresh start.”