Getting round the issue of the best baler for your business 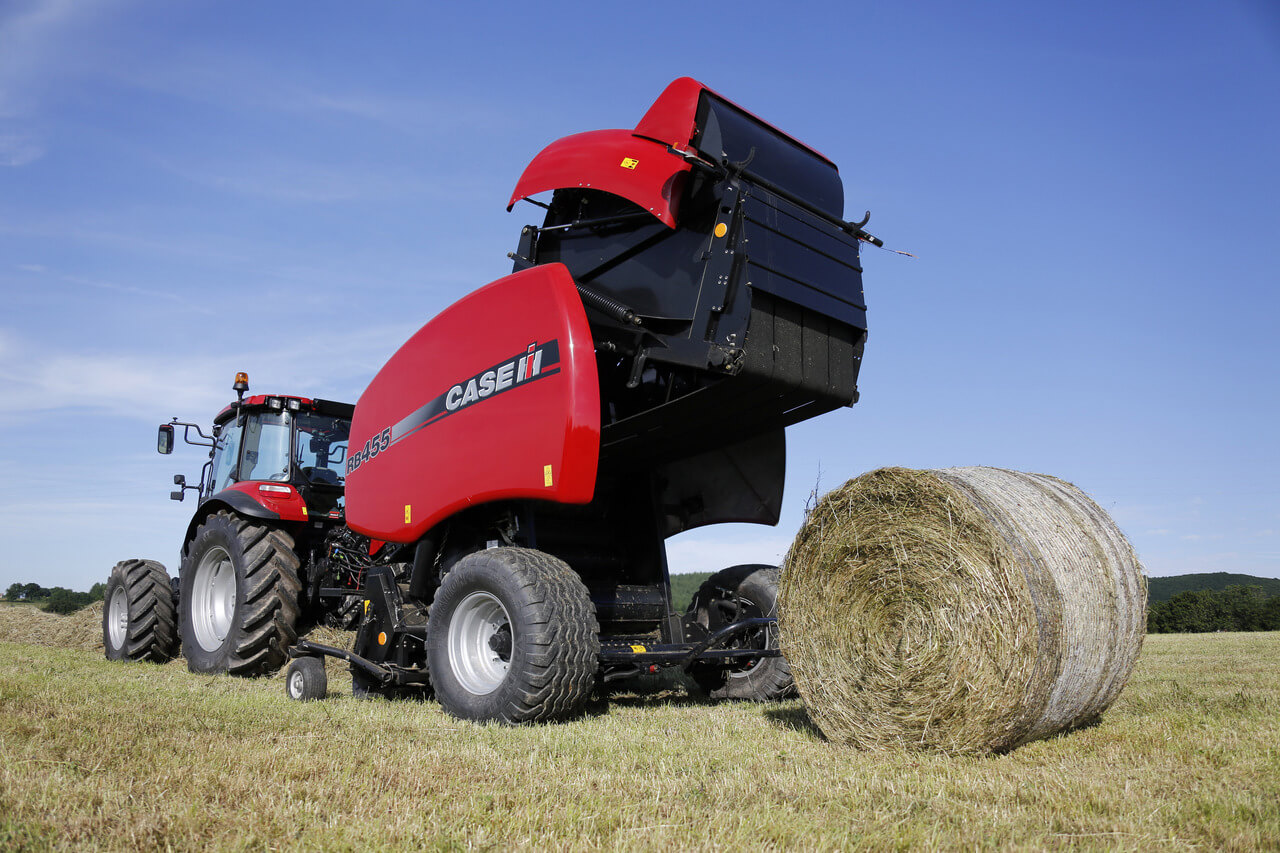 Precision and consistency are the hallmarks of Case IH’s round baler range, with recent improvements further enhancing its performance in the paddock and the bottom-line for producers.

The RB5 Series was the result of three years of worldwide field testing, with the RB455 and RB465 offering superior bale shape and density and features that offer greater control and certainty in the paddock.

The RB455 and RB465 produce bales of up to 1.5 metres and 1.8 metres in diameter respectively and both models feature a dual cylinder hydraulic density system.

“The two cylinders have 2000 psi, providing more force than a single cylinder at 2600 psi – increasing bale density and consistency across the bale, resulting in higher silage quality and better-looking bales,” Tim said.

In recent updates to the series, in-cab bale density control has been introduced, making adjustments to the bale construction quicker and easier than the operator having to leave the cab.

“This improvement was made in response to customer feedback and it certainly makes a huge difference for a farmer to have the ability to customise the bale that’s produced,” Tim said.

“Depending on the individual crop and conditions, a producer may want to change the final bale profile, and the end-purpose of the bale can also be a determining factor in the bale core density.”

Another update to the RB455 and RB465 has been a change in the sledge and tailgate rollers, a big improvement for the operator in that it significantly reduces the clean-down time, maximising in-field efficiency.

Other RB5 Series’ features include:

“The design of these round balers allows them to operate at high speed with a high degree of precision, meaning the crop you spent so much time and money on will end up where it belongs, and not left on the ground,” Tim said.

An increase in the number of pickup reel bars on the RB5 Series results in more consistent feeding, a more efficient movement of crop from the pickup to the feeder, and more tynes to get all of the crop picked up, particularly shorter crops.

New RB5 Series balers also come with ISOBUS Class 3 automation, which when coupled with an appropriate tractor, stops the tractor when the target bale size is reached; allows for automatic application of net wrap to the bale; and automatically raises and lowers the baler tailgate to eject the wrapped bale.