Getting (Legally) High at Work: The Life of a Tower Crane Operator 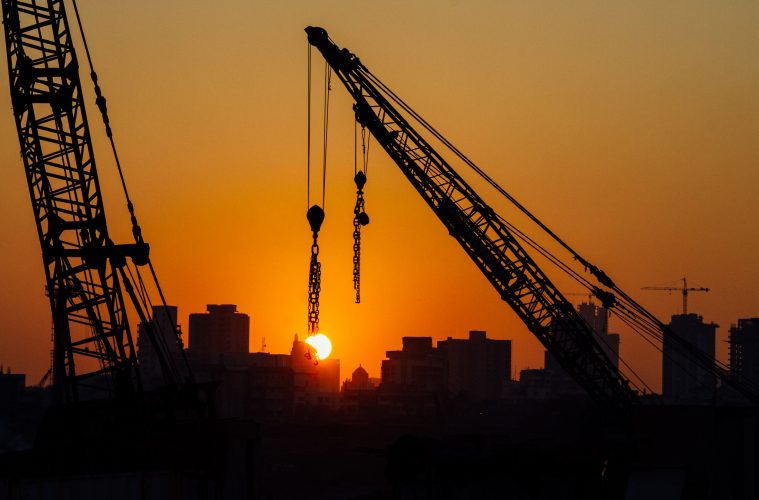 Tower cranes are such a common part of the urban ecosystem, it’s easy to forget how majestic they are. But these mechanical beasts work (mostly) without fail, every day, to create the architecture of our habitat. We spoke to one of the lucky few humans who get to operate these monumental machines. 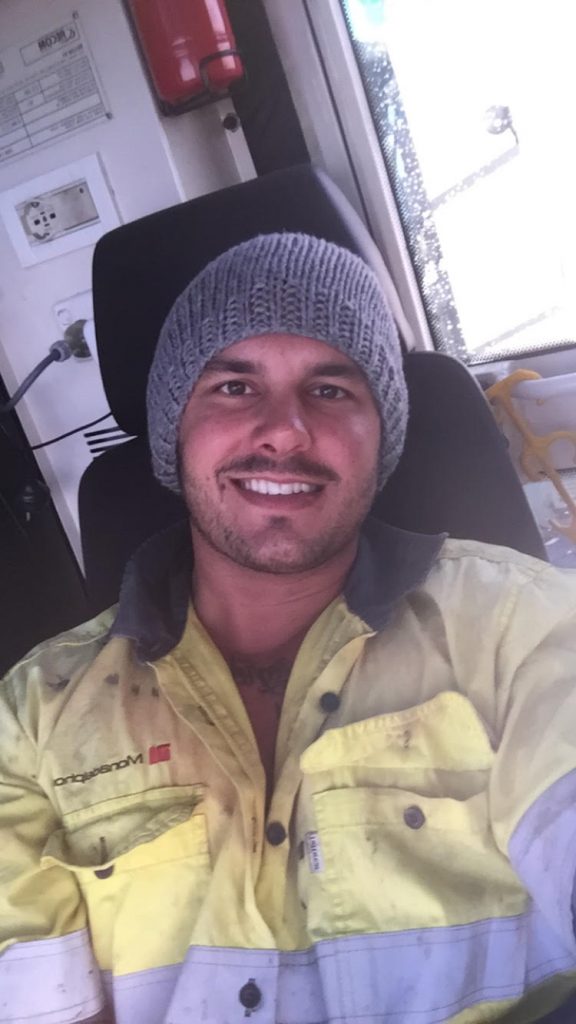 As a tower crane operator, Zac Norris has scored one of the most sought after roles in construction. This is something he has a lot of gratitude for. But it hasn’t come without a lot of patience and hard work.

You don’t just jump straight into a crane

Newbies will usually start out as a dogman and then slowly progress through the ranks. Once you’re trained and skilled, with a bit of experience behind you, that’s when you can start looking for opportunities to get up in a crane. But no matter how experienced you are, there are no guarantees.

“It is one of the hardest industries to get into and getting an opportunity to drive a tower crane is pretty special. Not a lot of people get to do it.”

Zac has been working in construction for around ten years now, with a range of machines from earth moving to residential construction and heavy industry.

“I had a few year’s experience using heavy machinery in mine leases. With the work drying up out west, I came back into town to drive cranes in the city.”

Tower cranes are a big part of the construction industry (terrible pun intended). So moving into the bigger machines seemed like the logical next step.

“I would’ve liked to stay in the mines. A lot of people don’t like working away for weeks on end but I didn’t mind it.”

While city life has taken some getting used to, Zac admits it is nice to go home to his own bed every night. He was lucky enough to be in the right place, at the right time, with the right experience, to be offered a role filling in for a crane driver who was going away. To prepare for this, Zac learned to drive the tower crane in his spare time, did all the accredited training and got his ticket. While Zac does feel lucky to have had that connection, he is quick to point out knowing the right people won’t help if you don’t have the skills and dedication.

“You’ve got to do your job well and turn up with the right attitude to get anywhere.”

He’s been in the crane and rigging industry for around four years now and is currently working in Brisbane, building a block of apartments by the Portside Wharf.

A day in the life of a tower crane operator

Different jobs and different cranes have different configurations. Depending on the site, how tall the building is and how close the crane is to the building, you can sometimes catch the internal lift of the structure and access the crane from a few of levels up. Zac’s currently operating a Terex Comedil and his daily trek to the top isn’t so cruisey.

“I’ve got to climb from the base every day. The structure is 18 stories high but the crane is sitting about 21-22 stories above ground level.”

With 22 stories of ladder climbing between you and the ground, hopping out of the machine for breaks is a big decision. Not everyone is so keen on doing the climb multiple times and many people just stay up there all day. But, with typical work days being around 10 or 11 hours, Zac likes to come down at least once to have a bite to eat and stretch his legs.

“It does get a bit claustrophobic up there some days.”

On a typical day, you’ll start at about 6am, do the climb and then morning inspections and checks of the equipment. You don’t go out to the tip of the crane, but you check everything on the back deck (where all the concrete blocks are). If required, you might grease and oil up some of the machinery. Then you test the crane function, spin it around, and winch up and down to make sure everything works.

At 6:30am you’ll start work. The cab is around 2 metres deep and just over a metre wide. There’s basically just enough room for you, your seat and a joy stick for each hand. Your daily tasks will usually include lifting formwork and steel. A lot of jobs nowadays are using concrete precast panels so you’ll spend a good chunk of time lifting those.

Every day is a new challenge. A lot of different things get thrown into the mix and, when you’re working in a tower crane, you’re even more at the mercy of the weather than other workers on site. If it’s windy, it’s a lot more difficult but there are ways to ensure the job still gets done safely and efficiently.

Working on other cranes provides a lot of variance. If you’re on a mobile crane and travelling around, no two days are ever the same. Tower cranes are more predictable. You know exactly were you’re going every day and roughly what you’ll be doing. 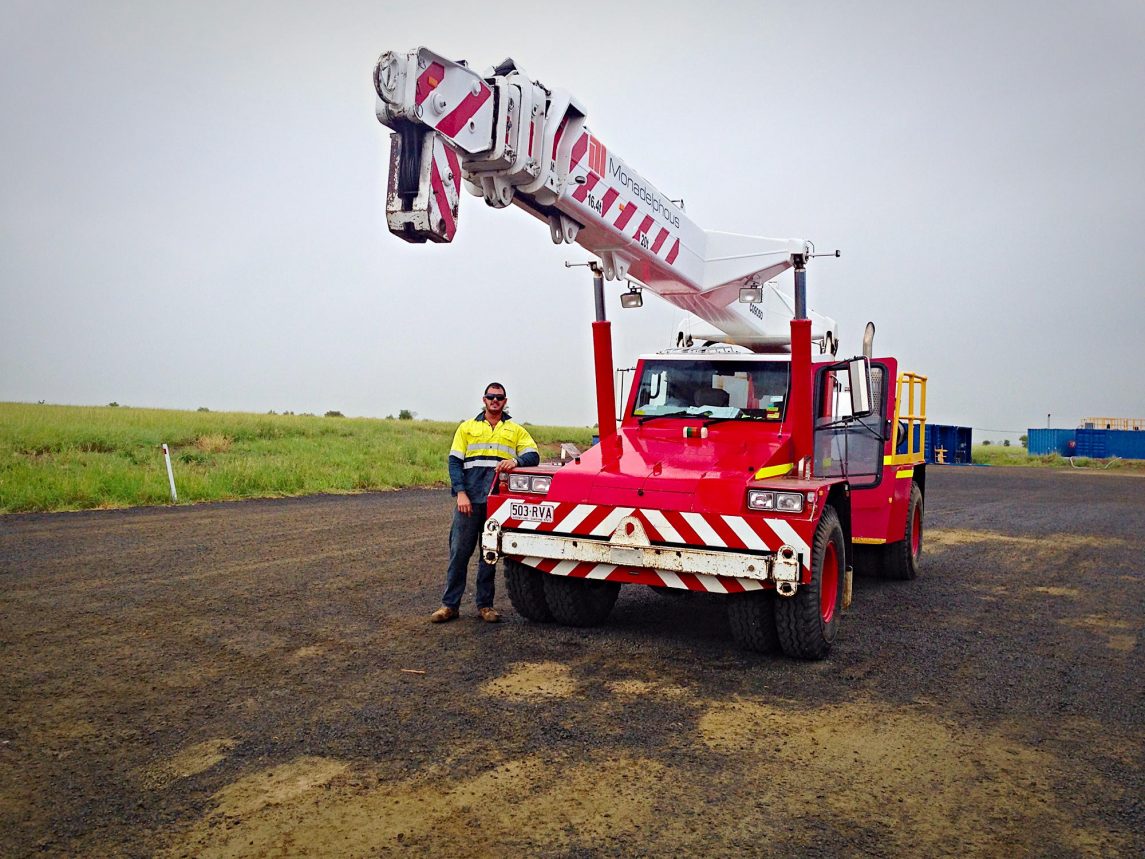 Zac has worked with heaps of other cranes. Image Credit: Zac Norris

The challenges of operating a tower crane

While he didn’t want to go into details, Zac was prepared to say that sudden weather changes on site definitely separate the men from the boys.

“When you need to control a situation, whether you’re on the ground or in the crane, you’ve gotta have your skills and your wits about you otherwise people can get hurt.”

Whilst climbing up and down, you are contained in a wrap-around guardrail. So, if you fall, you’ll usually get tangled up in that. Climbing down during rough weather can be intense, it might be howling but Zac reckons you’re pretty solid so long as you stay mindful of where you are and what you’re doing.

Even when the conditions are good, cranes and rigging are high-risk industries so there’s not really space for you to be daydreaming, complacent or having an off day. If a carpenter makes a mistake he can cut a new piece of wood but if a crane operator makes a mistake it’s usually catastrophic.

This event happened on 1 March 2017 in China as a result of heavy winds. Over the last few years there have been a couple of crane accidents in Australia that have resulted in serious injuries and deaths. Zac explains, whilst every accident is unfortunate, people need to be aware it is a high risk industry, involving a lot of calculations and risk management. Hence the need for greater awareness and training.

This level of responsibility leads to another challenge for workers in the crane and rigging industry: being sure of yourself and your skills. Typically with tower cranes, you don’t see too many things go wrong but there is still a lot of responsibility in your hands.

It also gets “bloody hot” in summer. The tower crane cabs are all air-conditioned but Zac reckons, in his experience anyway, it’s hard to find a crane that keeps the cab consistently cool in summer.

What tower crane operators want you to know

Zac is most keen for people to really grasp how important it is to adjust the way you work if there’s a tower crane on your construction site.

“Bar maybe one or two operations, we are the most dangerous and risky operation, with the biggest potential for catastrophic things to happen. I would love to see greater awareness and training around the safety of cranes from everyone in the construction industry.”

If you’ve never worked with a crane before, it might not occur to you to look up and keep an awareness of what’s going on, not just around you, but above you. Zac’s advice is pretty simple: if there’s a crane onsite, keep an eye on the sky from time to time.

“If someone’s on the ground working with the crane, listen to what they say because they’re there to protect you and keep you safe. If something goes wrong and you’re underneath it, there’s a huge potential to get hurt and no-one wants to see that, especially the crane operator and crew.”

What’s to love about tower cranes?

Zac is a straight-up kinda guy and says his paycheck definitely rates as something he loves. The crane industry certainly pays well. But this is because the work is high-risk and the consequences are massive if something goes wrong. He also loves having so much control and influence over the job. The crane is an integral part of any construction project. Without it, you wouldn’t be able to lift all the components for the structure and we wouldn’t have high rises. 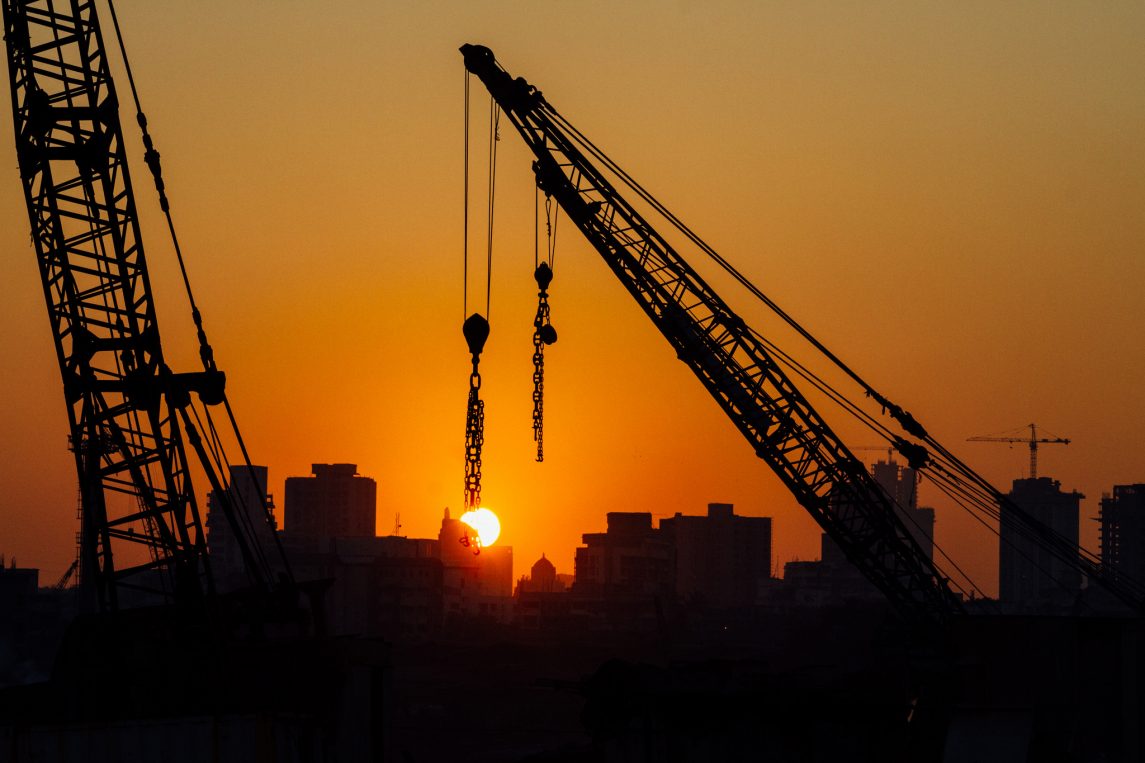 Article Name
Inside Australia's Biggest Machines: Tower Cranes
Description
Tower cranes create the architecture of our urban habitat. We spoke to one of the lucky few humans who get to operate these monumental machines.
Author
Krystle Richardson
Publisher Name
Machines4U
Publisher Logo