On the 20th of April 2017, a happy little crew of Machines4Uers abandoned the luminous Gold Coast weather to head south for the Diesel Dirt and Turf expo. We came prepared with our cosiest jackets but found Sydney just as full of sunshine as our beachside base of operations.

Apart from being sunny and warm from start to finish, the 2017 Diesel Dirt and Turf Expo was packed with amazing innovations, competitions, food, entertainment and opportunities to operate machines (even for kids). It was one of those places that makes you subconsciously lean back and blink less as you try to take everything in. 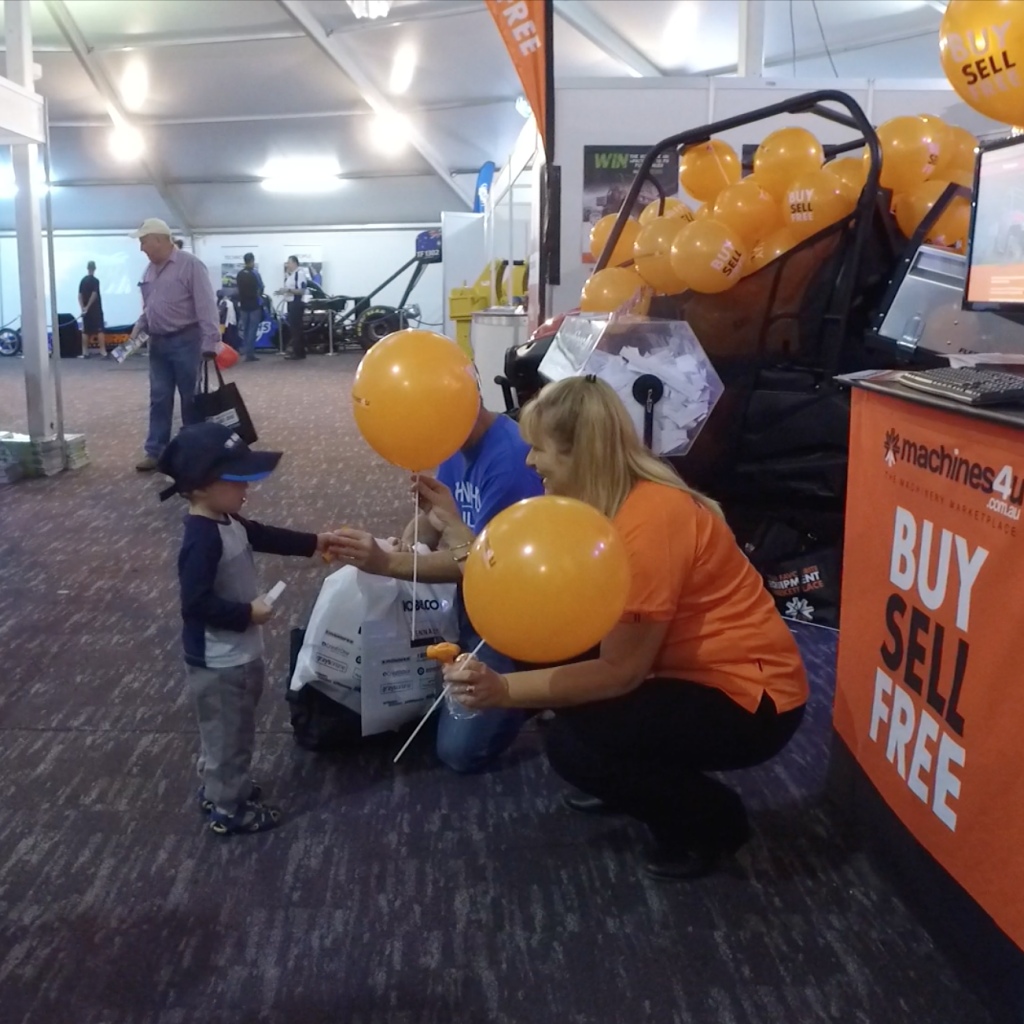 What we loved at the expo

There was something awesome going down round every corner and every trip through the stalls led to a great conversation, a new discovery or a delicious feast.

There was a remote-control tractor that looked like a character out of Star Wars, universal augers and buckets that can be adjusted to attach to any machine, inventions designed to prevent on-site injuries and thoughtful extras that serve no other purpose than to make your workday easier, happier and more productive.

Many of the stalls allowed people to try out their machines, giving a hands-on experience to those considering buying and those who were appropriately licensed and just keen to give it a crack. There were plenty of demos going down, the most impressive of which came from the motocross lads. Each trick was executed with such precision and control yet they got themselves so twisted, contorted and inverted it was hard not to fear for their lives.

Seriously thought these guys were going to die several times

Not all of the innovations were as eye-catching as the motocross riders. What we discovered though, as we went from stall to stall and chatted with the owners, was that everyone had something special to offer. Everyone had a story to tell. It’s great to see the Aussie machinery industry so full of creative thinkers looking to make work and life better for the people who use their products.

We’ve come away feeling incredibly proud to be part of such a forward-thinking industry.

When we spoke to DDT earlier this year, they promised us even more edible variety than last year. They were most definitely true to their word. There was an outdoor food court, with hay bale seating, and a range of tasty treats from simple pizzas to complex gourmet delicacies. 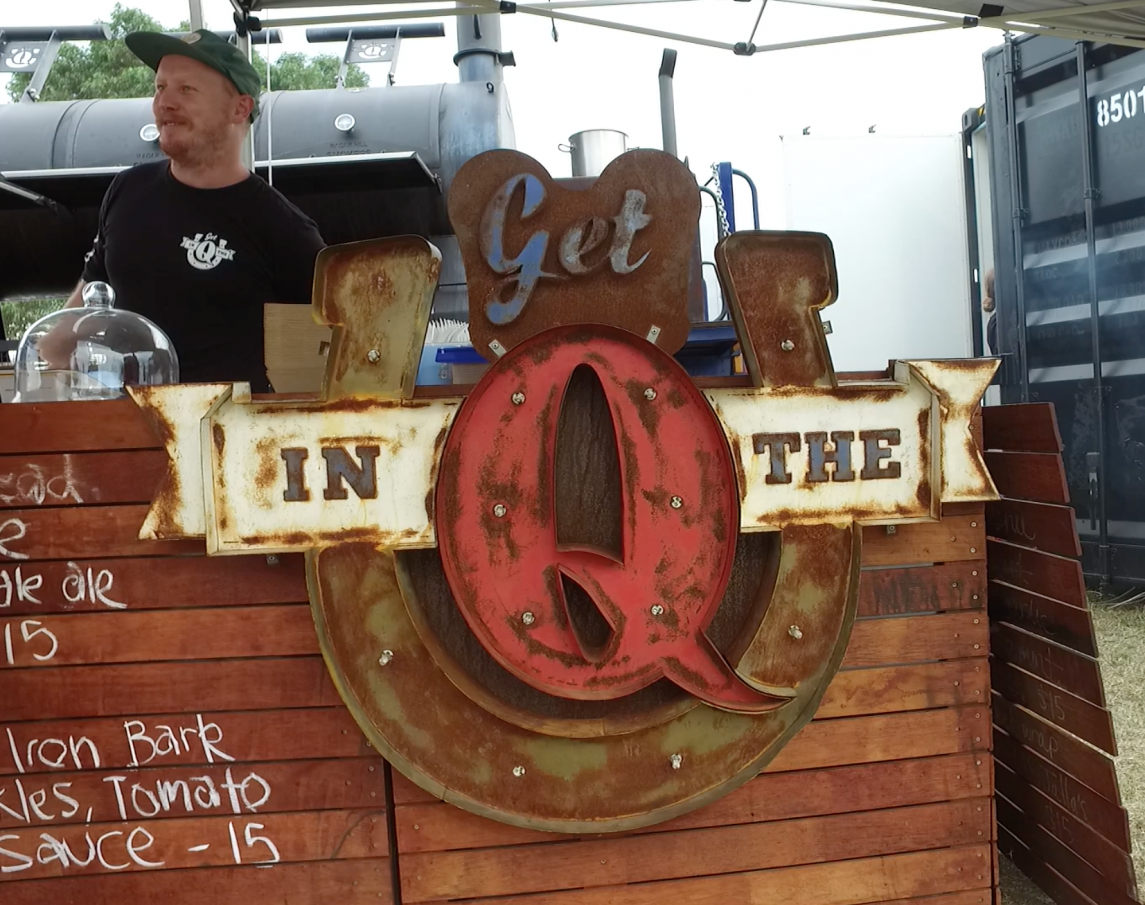 This food was boss

Get in the Q stole the show with their vintage truck loaded with an old-school meat smoker. They slow-cooked beef and pork over 16 hours, were up at 3am every morning prepping and had a different menu every day. If you ever see them at a festival or expo, trust us, get yourself a feed. 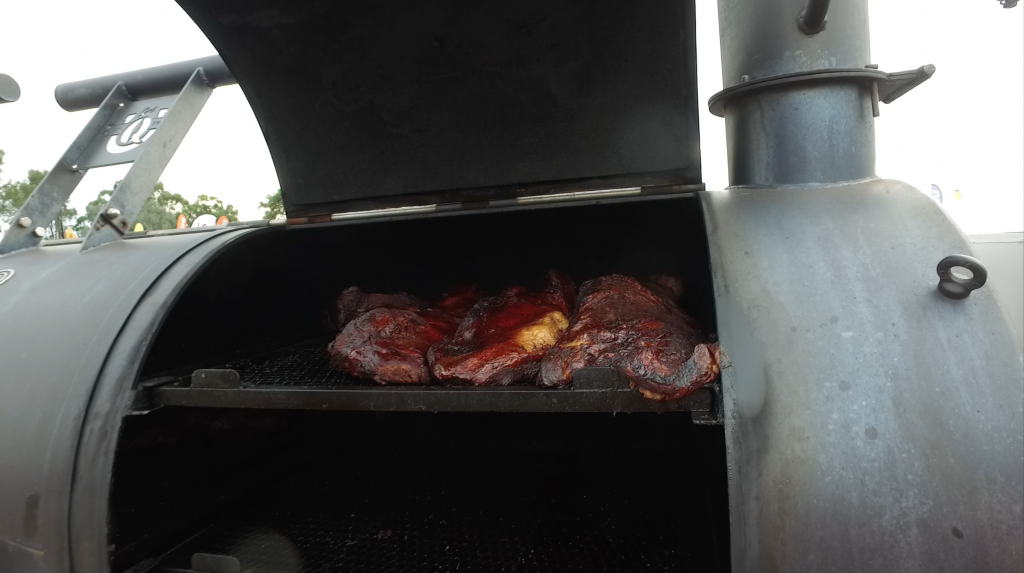 Some impressive hunks of meat

Free drinks, and some of the best finger food we’ve seen at an event, were provided for stall-holders at the end of each day. A brilliant way to relax after hours of non-stop chatting and running around. Our hosts for the event, Semco, also set up a bar and BBQ, on a beautiful deck down by the water.

We gave away a Mahindra XTV

With around 5,000 entries—from online and over the course of the expo, we had a lot of people anxious to know if they’d won Mahindra’s killer new FlexHauler XTV. The whole Machines4U team gathered at 2pm on Saturday, nerves and excitement ping-ponging through the group as we waited for the winner to be drawn.

There’s nothing quite like calling someone to tell them they’ve won a kick-ass prize valued at over $20,000. Our director, Steve, was all smiles and goosebumps after talking to the winner. We’ll be teaming up with Mahindra to deliver the prize within the next week and are hoping to get some footage of its first outing with its new owner. 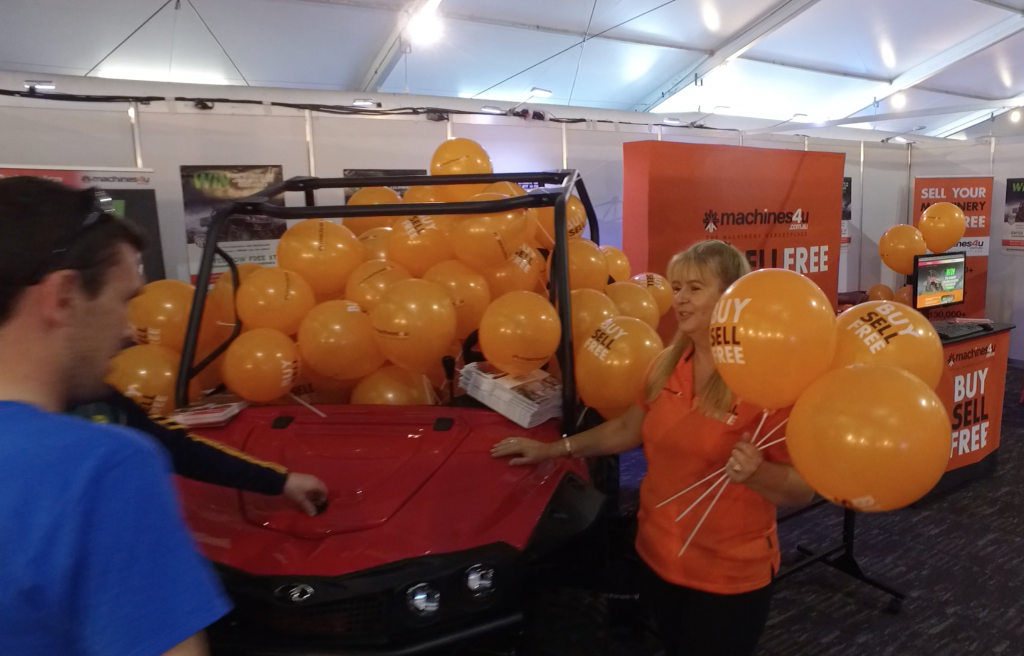 For the Machines4U team, it was hard to decide what we were more excited about: talking to the winner of the Mahindra XTV or announcing the monumental upgrade we’ve made to our website. Along with creating a lightning fast, intelligent, user friendly interface to make your time with Machines4U a pleasure, we’ve also made it free to buy and sell on our site.

We spent a lot of time chatting to our customers about this massive change at the DDT expo. The most common question we got (which may be going through your head right now) was:

“yeah but what’s the catch?”

The answer? There is none. You can list your machine absolutely free. No fees, no cut of the sale taken later. There’s a whole menu of value-added extras but these are all completely optional, allowing you to customise your ad as much or as little as you’d like. We are committed to being the marketplace for machinery lovers, so this is our gift to you in gratitude for your support. 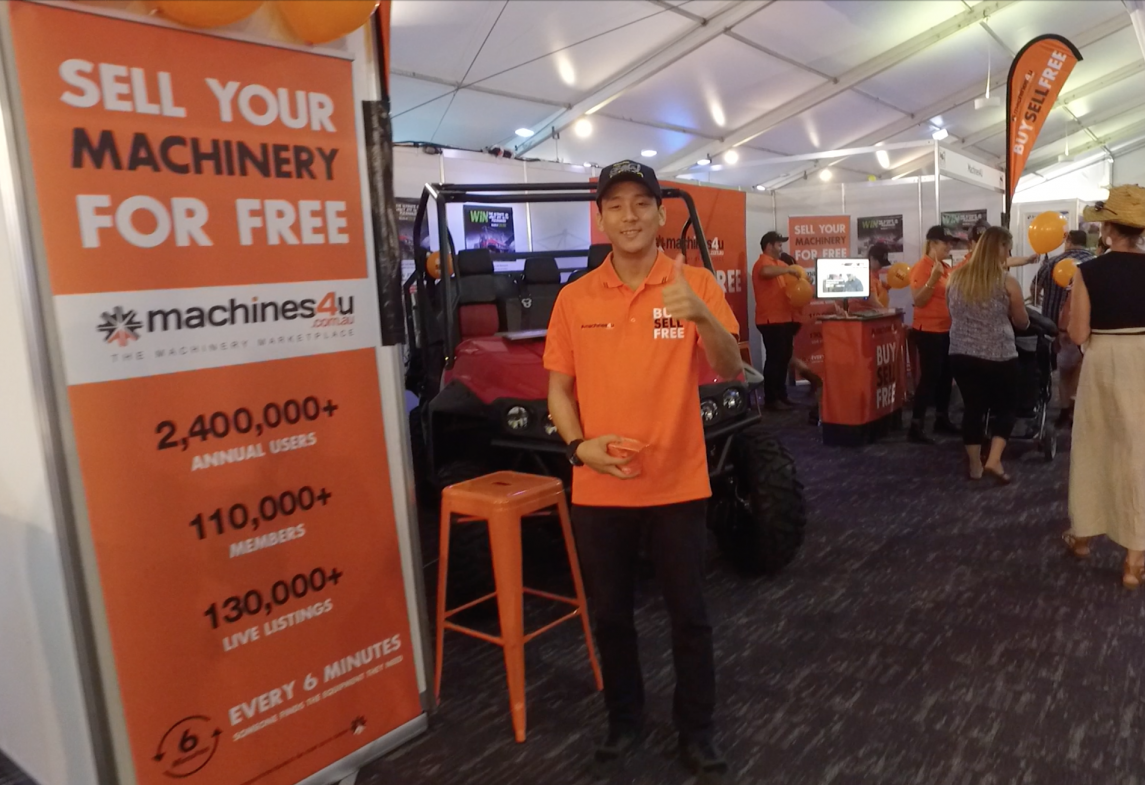