Microbial Inoculants: Agricultural Breakthrough or Start of the Zombie Apocalypse? 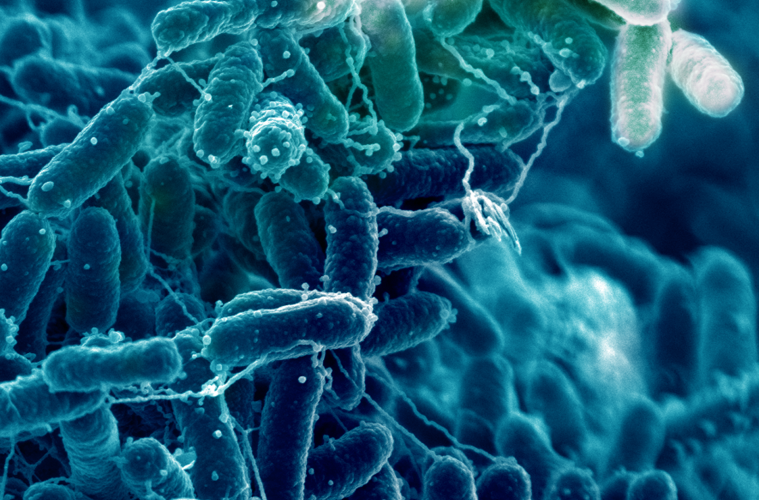 If there’s one thing we can say for sure about scientists, it’s that they like creating big, fancy words. But reports full of biofertilization, phytostimulation, bioaugmentation and siderophore-producing bacteria don’t exactly make for thrilling reading.

We’ve trawled through the rhizospheric biospehere for all the latest findings in the microbial inoculant field, shaved away the scientific jargon, and condensed it all into a quick and easy-to-read guide explaining the theory, the benefits and the potential dangers.

Hold on to your arbuscular-mycorrhizal fungi, here we go.

Let’s start with biofilms. A biofilm is a crew of micro-organisms that like to stick together. Literally. There are three major types that usually occur in the soil:

Crop growth and productivity is affected by interactions between plant-roots, the surrounding soil, and the biofilms that soil contains. This little environment is called the rhizosphere and by introducing certain microorganisms to it, you can manipulate plant growth and health. 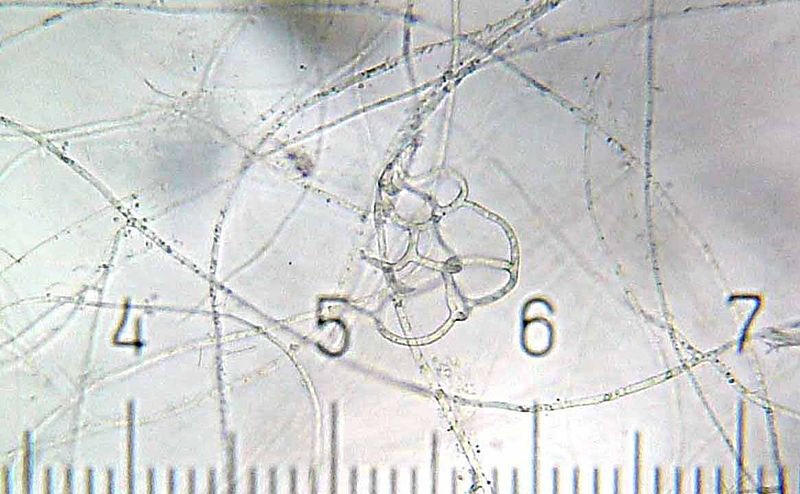 This is what microscopic carnivorous fungi looks like. Image Credit: Bob Blaylock

Many of the microbes that hang out around the plant roots are pretty benign. However there are pathogenic and toxic little guys that can suck nutrients from the soil and inhibit root growth. By the same token, there are mini powerhouses that can suppress disease, enhance nutrient availability, and stimulate hormone production in the plants. Scientists use these positive little creatures to create microbial inoculants. It’s kind of like the plant version of what you do when you get a vaccination. Only no-one argues about it on Facebook.

We’re already using microbial inoculants in Australia. You might recognise products like Kodiak® and BioAg Soil and Seed® which are used to boost fertility, speed up root development and increase seed germination.

According to a study published in Soil Biology and Biochemistry, comparing microbial inoculants to chemical fertilizers, fungicides and pesticides is like comparing a delicately balanced Pinot Noir with a sack of goon. They don’t use those exact words but the meaning is there: one is clearly the better choice.

Going for the Pinot (aka microbial inoculants) is better for both human and environmental health. They are:

Certain microbes digest minerals in the soil and break nutrient chunks down into easily absorbable matter for the plant roots. It’s like a microscopic version of what birds do for their babies. While making nutrition more available to the plants, this same process can stimulate hormone production, boosting growth.

A diverse microbial workforce living around the plant roots also provides protection from disease and induces immune resistance within the plants while enriching the soil. There are tiny fungi species that like to feast on nematodes (bad guys) and other disease-causing organisms. Volatile compounds released by bacterial and fungal biofilms can trigger induced systemic resistance (ISR) in the crops.

Reduce the need for chemical fertilisers

According to a report in Genetics and Molecular Biology nitrogen fertilisers contaminate our waterways with nitrates, acidify soil and contribute to greenhouse gas emissions. Not to mention they’re expensive. Scientists are seeing microbial inoculants as the way of the future, cutting out the need for chemical fertilisers, saving you money and helping the environment all at once. The Australian Centre for International Agricultural Research (ACIAR) is in complete agreement, concluding in their report that microbial inoculants are the most viable new alternative we have to chemical fertilisers.

In the uber-sciencey words of the researchers behind the study in Soil Biology and Biochemistry:

Where it gets creepy

What we’re talking about here is messing with plant hormones, treating them with antibiotics and introducing foreign organisms into new environments. These factors carry the potential for problems because living things are, by their nature, unpredictable.

Surprisingly, scientific studies haven’t dedicated much time to looking at the possible negative outcomes of the widespread use of microbial inoculants.

Historically, we don’t have the best track record when introducing creatures to combat agricultural problems. The scientists themselves admit indigenous microbes are the best. They are perfectly suited to the environmental conditions because they’re locals. But, with the introduction of microbial inoculants, they have to out-compete other microbes for resources. Even though the introduced microbes will be ostensibly good, they are still an introduced species. This could be the cane toad issue all over again, just on a microscopic level. 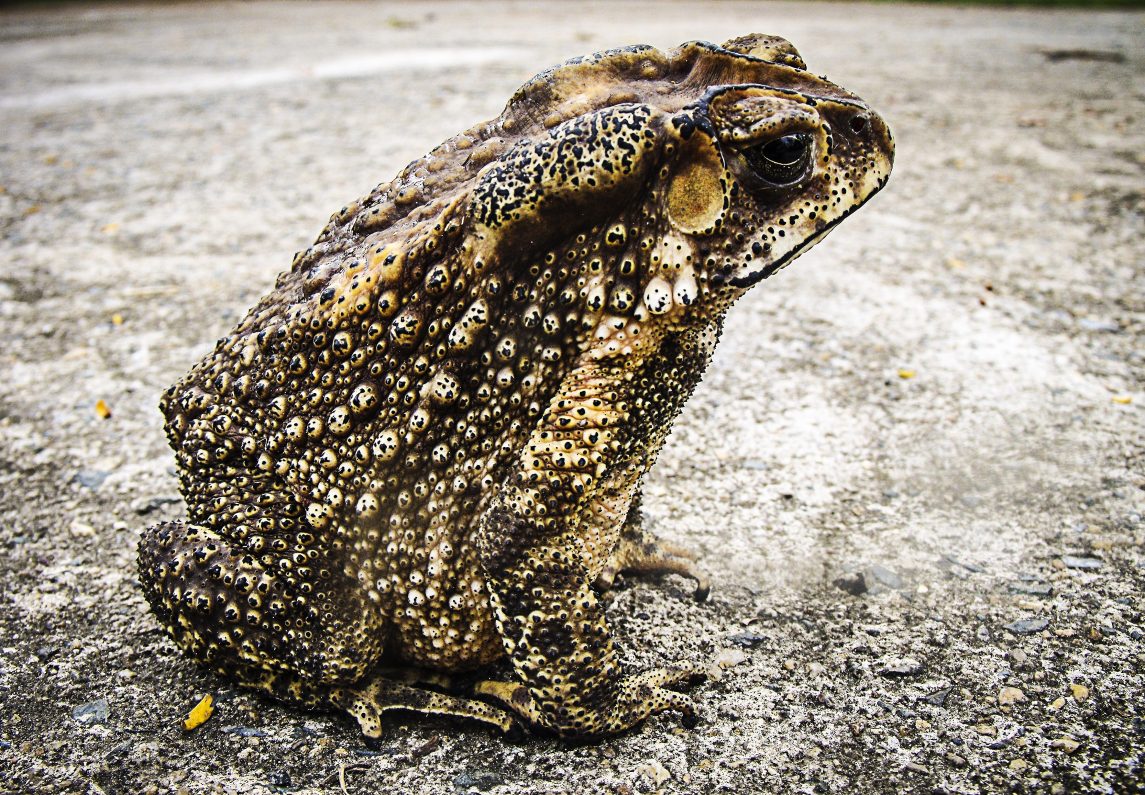 We are not exaggerating here. The fungal inoculants are carnivorous. They use constricting rings and adhesive nets to trap the creatures they consume. What rescues this from being the creepiest thing ever is that it’s all taking place on a microscopic level. And the carnivorous microbes used in agricultural inoculation have no desire for human flesh. The ones that have a taste for human skin are called dermatophytes. So, in theory anyway, the fungal inoculants should have no effects on humans. Until you consider the fact that the average bloke has about 39 trillion bacterial cells in his body.

Messing with nature or “how to make zombies”

The mass production of microbes is already an excursion outside of what nature intended. This is then compounded by the fact that products need to have some kind of shelf-life to be viable. This is not naturally possible for a lot of the microbes, meaning scientists will be looking at ways to make them live longer in an unnatural environment.

So far, field experiments have not proven as fruitful as lab experiments. When they are successful, it’s usually because they microbial approach has been combined with chemical fertilisers rather than used as a replacement. In their 1997 study, Brannen and Kenney admit the microbial inoculants work better when combined with chemicals. Meanwhile the researchers from the Soil Biology and Biochemistry study warn:

So, if people are using the bio-products in conjunction with chemicals – which they will most likely do if they want optimum results – this could throw the entire system out of whack. Scientists have also noted there is the potential for resistance-building through the same mechanism that’s made some bacteria immune to our antibiotics, turning them into “super-bugs”. The scientific solution to this? Tinker with nature even more.

“Continued production of new biocontrol agents will be required to diversify the potential applications of biocontrol and in order to replace commonly used biocontrol products in case resistance develops.”

Even if it’s microscopic, the zombie apocalypse is still the zombie apocalypse. Thankfully, there are scientists working on reducing our need for chemical fertilisers and pesticides. If this new tech can be combined with the use of microbial inoculants, and chemical use reduced, we may just be able to keep our microbes healthy and our apocalypse zombie-free.