Is The Mining Industry Finally Caving and Going Green? 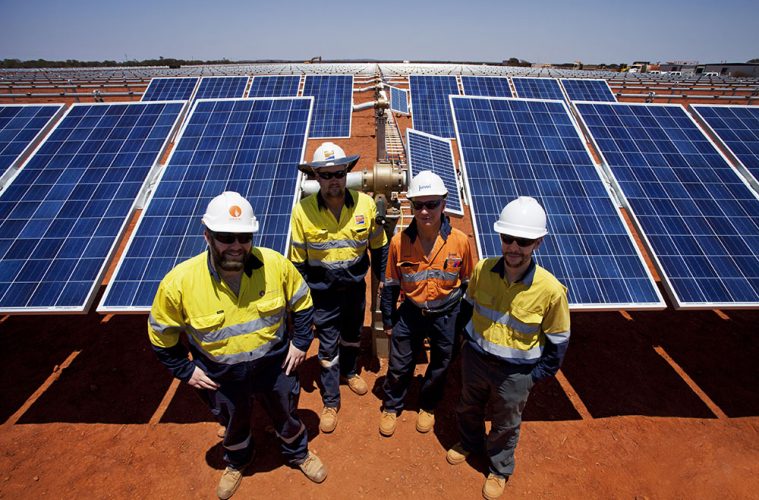 With diesel prices rising and the cost of solar installations dropping, mines across the country have started turning to the sun to power their operations.

Coal mines have, thus far, avoided the ironic enterprise of using renewable energy to dig up fossil fuels. However many companies who own coal mines, like Rio Tinto and BHP, have installed the green technology at their mineral mining sites. So far, Australia’s solar mining roll call includes:

The allure of solar savings is strong

While these mine sites may have a genuine concern for the environment, there’s no denying the massive savings to be gained after the initial investment. Energy Wise Group (EWG), a company that handles solar installations, pitches the following advantages to mine sites it wants to recruit:

The savings that can be made may help Australia remain competitive in the international market. The price of diesel is expected to continue its upward trajectory. But the thing is, even if it were to drop, it would just demonstrate the fact that diesel prices are temperamental. There are many factors, both at home and internationally, that can send it plummeting or skyrocketing. While solar is not immune to external factors, it isn’t subject to the same pricing issues. Sunlight literally falls from the sky and, if captured, can give mining companies a reliable energy income.

In addition to this, going green can make mining companies eligible for millions of dollars worth of grants and help them secure new deals and locations. Even Adani’s vague references to growing some crops and maybe doing something with solar in the future have helped the company all but lock in a contract to build the world’s biggest coal mine in Queensland. Imagine the doors that could open for companies that have actually done something for the environment.

While the motivations are almost exclusively financial, this doesn’t detract from the positive consequences a move to solar can have for the environment.

The mines do maintain their diesel-fired power stations to ensure they are equipped to supply the sites energy needs in any conditions. But, with the addition of its solar array, Nova’s nickel mine is projected to generate approximately 12.5 million kilowatt-hours, and save three million litres of diesel, each year of operation.

Sirius Resources, the company responsible for the installation, was delighted with the results of the project. Their CEO was bubbling with enthusiasm when the project was announced:

“I am personally very proud to have the opportunity to apply renewable green technology at a mine site, using a proven system and at no capital cost. It shows that mining and environmental responsibility are not mutually exclusive concepts, and that it is possible to operate in a way which benefits our shareholders, other stakeholders and our planet.”Mark Bennett, former CEO of Sirius Resources

Rio Tinto’s solar station, meanwhile, has been constructed to provide power, not just to the mine site, but to the nearby town of Weipa. General manager of Rio Tinto’s operations up at Weipa, Gareth Manderson, said:

“We expect the energy from the solar plant will help reduce the diesel usage at Weipa’s power stations and save up to 600,000 litres of diesel each year.”

The solar station is projected to bring down Weipa’s greenhouse gas emissions by 1,600 tons or so each year. To put this in relatable terms, that’s like neutralising the carbon footprint of 700 cars a year. 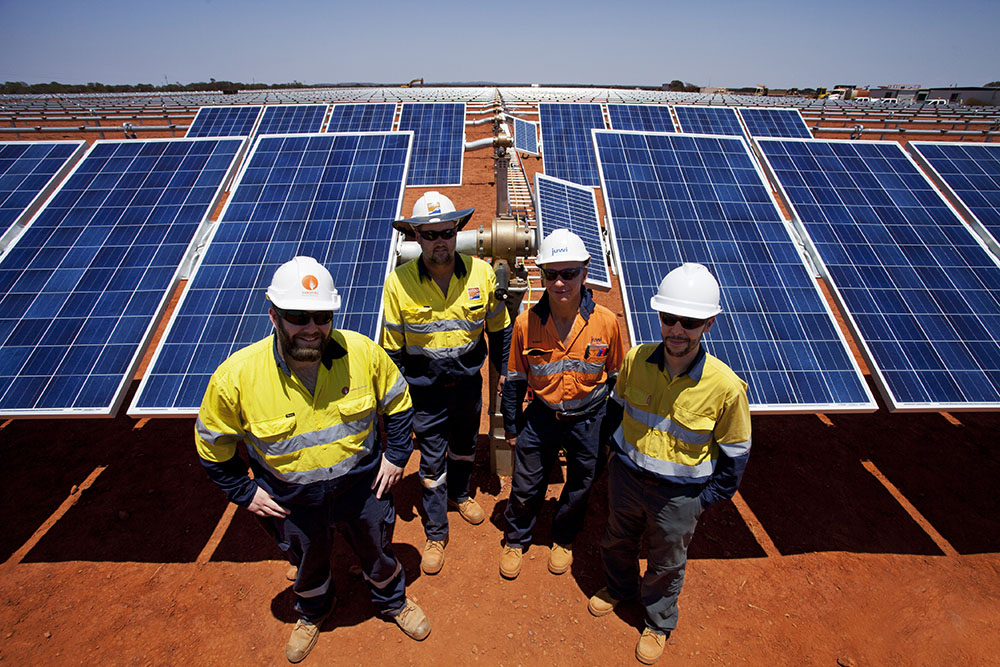 Article Name
Is The Mining Industry Finally Caving and Going Green?
Description
With diesel prices rising and the cost of solar installations dropping, mines across the country have started turning to the sun to power their operations.
Author
Krystle Richardson
Publisher Name
Machines4U
Publisher Logo