Mining Innovation: How are companies preparing for exponential change? 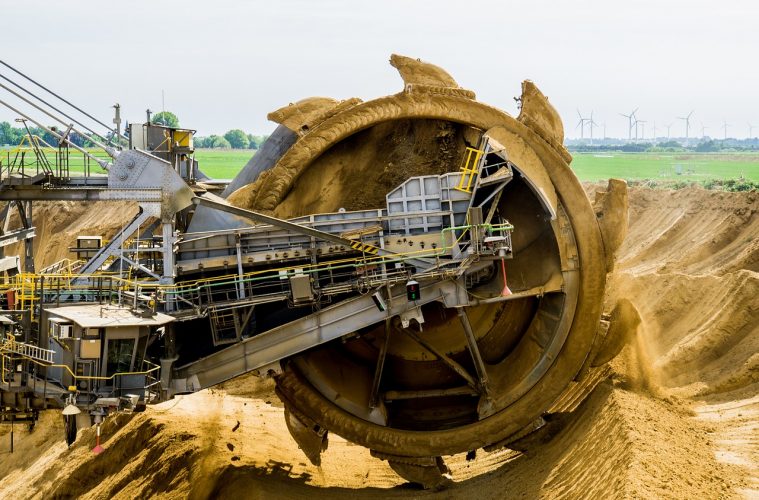 The Australian public are so used to being ear-bashed about the volatility of commodities prices worldwide, that it’s almost yawn-worthy. But for much of the Australian workforce, it’s a frightening reality. Mining companies are increasingly facing disruption in the form of lending restrictions, lack of capital and trying to keep balance sheets in the black. That’s not to mention the challenges of climate change, slowing Chinese demand and an international intention to move away from non-renewable resources.

Mining accounted for nearly 300,000 Australian jobs in 2012—which was triple that of the total only 12 years earlier, according to the Australian Bureau of Statistics. The industry is worth over $118 billion to the economy (as at 2014-15), and it is widely understood that the Australian economy is heavily leveraged against this. However, recent decades have seen huge fluctuations in productivity, turnover and commodity prices which put jobs and the future of the Australian economy at risk.

So, how are the big-wig mining company executives planning for the future and mitigating the substantial risks their industry faces? (Or are they at all?)

Like many industries which have enjoyed huge profits and exponential growth in the past, management and red tape have long clogged the pipes of production and spending. Cutting the fat in leaner times is quite literally a crucial transformation if the industry is to survive. It speaks volumes that BHP’s chairman, Jac Nasser is a former president of Ford. Where mining has been the slow moving giant of the Australian economy, manufacturing has already felt the sting of falling profits and rising costs. While manufacturing has taken a huge hit in Australia with the closing of many on-shore production houses, those who remain have learned hard lessons around the importance of innovation. Cutting red tape and arbitrary processes, as well as embracing automation and new techniques are some of the areas in which mining could take lessons from manufacturing.

In their recent report ‘Tracking the Trends: The top issues mining companies will face in the coming year’, audit and consulting firm, Deloitte surmises the following:

“Reforming industrial relations, co-opting suppliers into the cost equation in an effort to extract efficiency, and shifting from traditional command-and-control hierarchies into a world of matrix or networked structures where human ingenuity is not overly hampered by rigid processes.”

When capital is hard to come by, investment in new technologies as a pill too bitter to swallow for many mining enterprises. A tradition towards trying to improve existing processes and build upon old technologies with current equipment has perhaps held much of the industry back from true innovation.

We spoke with Tina Whitney, who works as an assistant shot firer for the Isaac Plains coal mine. She noted the lack of innovation that she’s been witness to.

“Anything in mining takes ten times longer than in any other industry, so yes, innovation is slow. We’ve adopted some new technologies such as using drones to survey sites, which improves safety, as no workers have to be out in the blast zone. But otherwise, in my 4 ½ years in the industry, I haven’t seen a lot of change.”

New technologies and their affordability rely heavily on uptake. Unless the wider mining community bite the bullet and decide that real, thorough investment in innovation is integral to their survival, the industry is likely to suffer losses, and even be overtaken by foreign markets who are more nimble.

Despite some slow progress, that is not to say that innovation is not on the minds of some of the industry’s leaders. Nasser is due to retire this year, and BHP are set to appoint a female to the role—a first in the firm’s history. They have also set remarkably high gender diversity targets, announced in 2016 by chief executive, Andrew Mackenzie. BHP have made a commitment to reach a 50/50 gender workforce by 2025, and cite diversity as one of their key areas of focus for innovation.

Utilising their workforce, across all levels, to foster new ideas, has begun to pay off for the mining giant, as Andrew notes in an article for the Sydney Morning Herald:

Embracing change and fostering innovation ideas within the workforce obviously holds great potential for mines. However, mining in Australia is still one of the least gender-diverse industries, with as little as 16% of the total workforce being female. The figure is even lower in executive roles, in which women hold as little as 2% of positions. Attracting women to the industry, and keeping them is a major hurdle for miners, and Tina notes:

“Being a woman in mining is definitely hard. You are treated so differently to the men. I have even been harassed about how often I’m allowed to use the bathroom. I’m lucky that I work in a team that, largely, are really supportive. That’s the difference when working in a smaller team.”

The Australian government, along with the manufacturing industry, note that an inclusive and diverse workforce is beneficial not only to company culture, but also to productivity and the bottom line (read our earlier article: Today’s Stupid Question: Should women work in construction? for the statistics). Despite the efforts of certain industry leaders, it is clear that more work needs to be done in making the mining workforce gender-inclusive.

Environmental factors are obviously a key concern in 21st century mining, with rehabilitation costs triggering interesting behaviour from some of the major players. While some companies keep failing or less profitable mines in operation in order to avoid hefty fees for environmental recuperation, other operators such as Rio Tinto and Vale and Sumitomo have dumped their Blair Athol and Isaac Plains mines, respectively, to buyers (Linc Energy and Stanmore Coal) who were willing to take on the environmental costs. The old ‘sell your asset for $1 and keep the tax man happy’ trick has literally saved them millions of dollars in responsibility which they were simply not interested in wearing. So how can Linc, for example, run a mine at profit and shoulder the environmental costs where goliath Rio Tinto are unable to? It all comes down to running costs and profit expectation discrepancies between the two vastly different organisations. Linc predict that they will see ten years of production from the site (which was purchased in 2013).

Isaac Plains coal mine owners, Stanmore Coal have also outsourced their workforce to contractors in order to lower wages costs. Essentially running a casual, contracted workforce has meant huge savings in outlay for the miners, and yet, the loss of experienced works and the increase in dissatisfaction among the now lower-paid workforce also has a long-term effect on productivity. The results of this shakeup are yet to be seen, however there will be many interested parties with an ear to the ground, awaiting the verdict.

Another unavoidable hurdle for much of the mining industry is the push towards renewable energy. China and India account for 60% of the coal usage market worldwide, and as China sets ambitious renewable-energy targets, this creates further instability in the coal mining industry specifically. While the rest of the world consumes a smaller piece of the pie, collectively the western world is also moving in the renewables direction. There is no suggestion that coal mining will collapse in the immediate future, however there’s no denying the closely looming challenge of contracting markets.

Perhaps ironically, miners can actually benefit from the advance of renewables technology. By adopting renewable energy solutions, mines can save on their diesel and other power costs significantly—and several mines are already embracing this measure.

As the market, inevitably must move away from coal, there is some significant argument for government support to help coal mining firms to move with change, adapt and diversify their industry and work alongside renewable energies for a cleaner future.

Clearly, although there are many worthwhile opportunities for innovation within the mining industry, it is clear that there will be casualties along the way. Those who emerge from the scuffle are likely to be better equipped for the future—albeit brandishing a few scars. 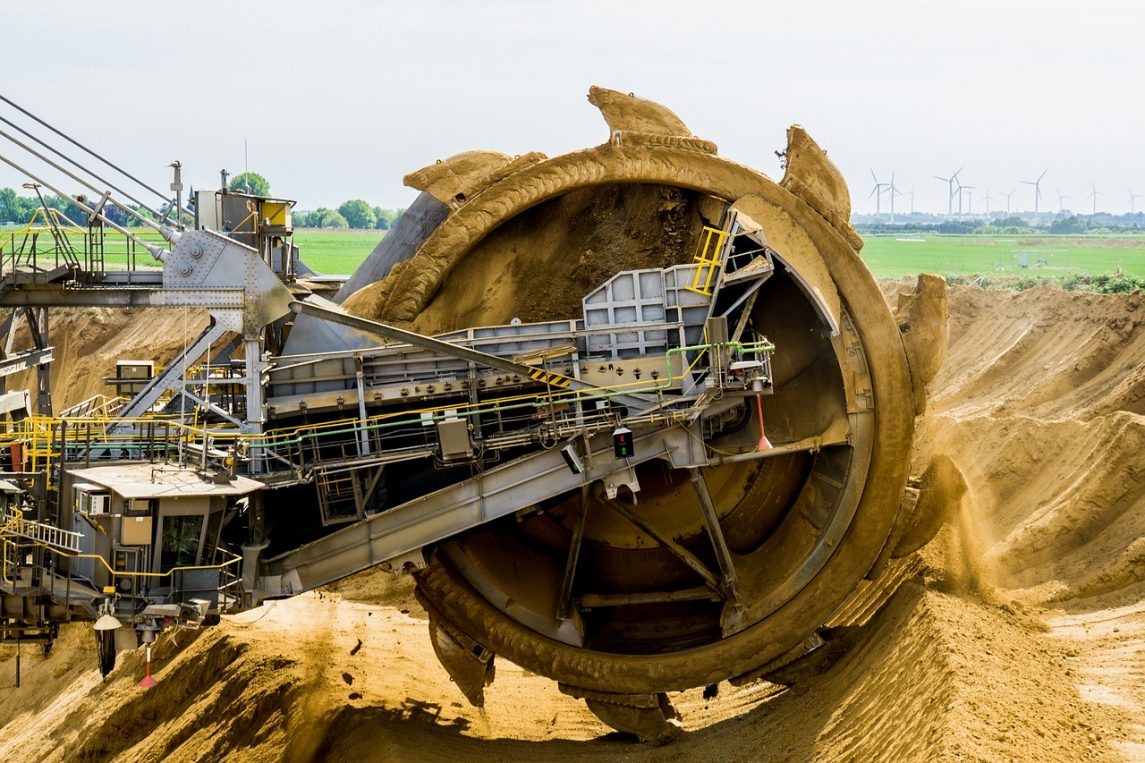