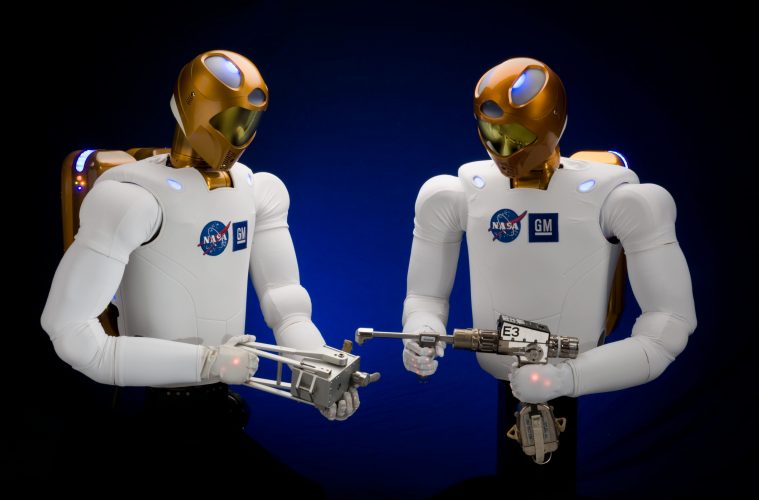 At first glance, NASA’s “robonaut” looks like a camp, spaceman version of those dummies you learn CPR on. With its shiny gold helmet and milky white body, it’s hardly the type of thing you’d expect to be going to a mine site. But that is exactly what NASA is doing with it.

The odd looking android, which they’ve labelled an Anthropomorphic Robonaut System (or ARS for short), is on its way to Perth for a 60 month deployment with Woodside Petroleum. 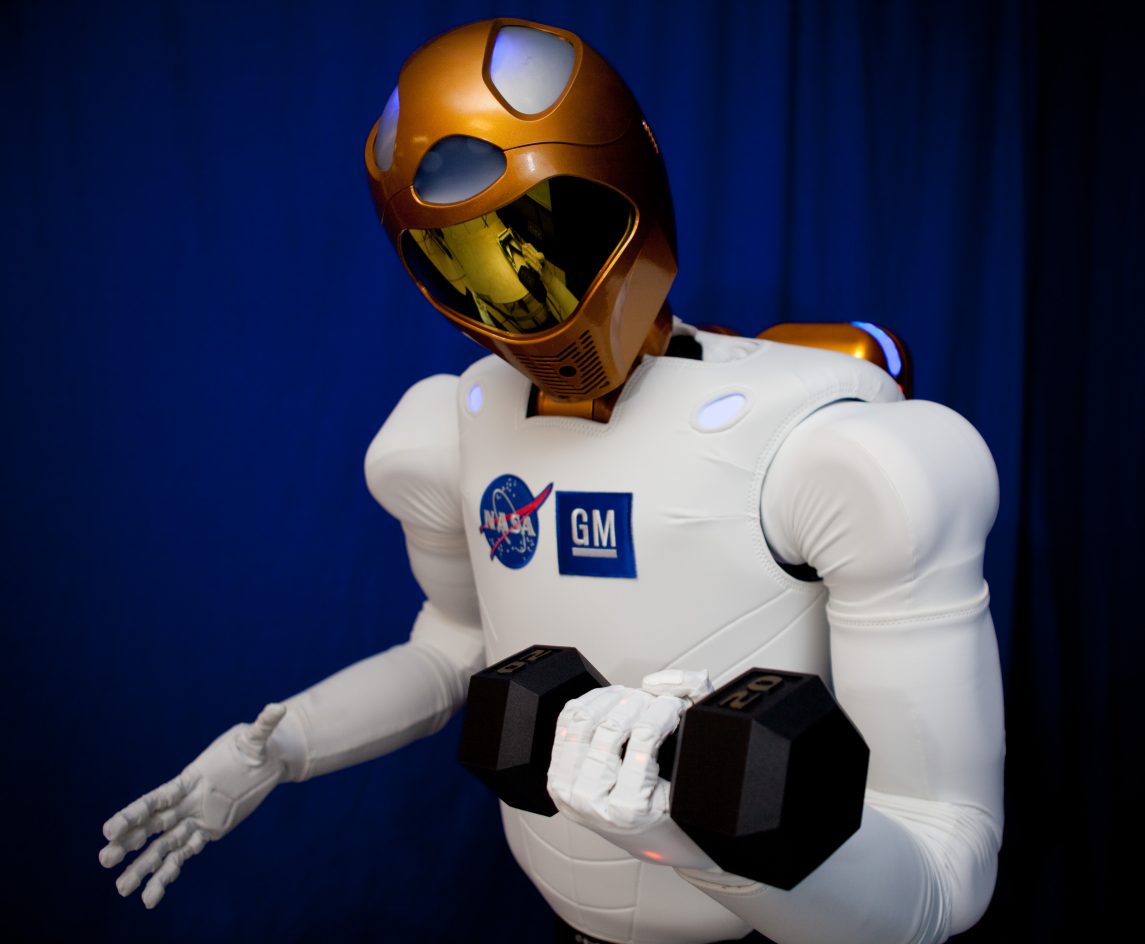 No-one had the heart to tell Robonaut it’s guns weren’t going to get any bigger. Image Credit: NASA

If you look closer at its abdomen, you’ll notice they’ve gone to the strange effort of giving it a six pack. To complement it’s unnecessary abs, NASA also gave the robot a slightly disturbing set of legs (which we’re sure are far more practical than they appear). 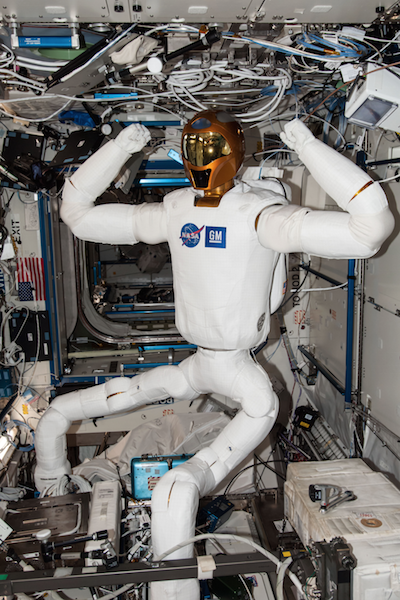 NASA’s robonaut has been designed to withstand the extremities of outer space, so the theory is, it will be perfectly suited to mining’s equally arduous conditions. Robonaut can fix machinery in circumstances that would be unsafe for humans and has the (slightly terrifying) ability to figure out how to complete assigned tasks without human assistance.

Robonaut will be arriving later this year and Woodside has been taking suggestions from their employees as to what tasks to set for it. Their goal, in line with the Industry 4.0 movement, is to explore how robotics and automation can be used to improve efficiency, reduce costs and preserve human safety.

Outside of work, Robonaut has a busy social schedule. It has its own Twitter account and regularly hangs with scientists and celebrities alike. It had a visit from Star Trek actor and social media celebrity, George Takai last year. And it seems to have a weird thing for boy band, One Direction, with a couple of posts dedicated to the lads.

Robonaut is not the first of its kind. And, while it may be an odd looking machine, it is a massive step up in design from its predecessor.

On #CyberMonday check out my big brother Robonaut 1a @airandspace #MovingBeyondEarth — our motherboard is so proud! pic.twitter.com/om3TgiAZPb

Here’s hoping NASA either gives their robot a costume change for its trip Down Under or is okay with Australia sending it back a bit worse for wear. There’s no way that pristine white suit is going to be in mint condition after a 60 month stint in the mines. 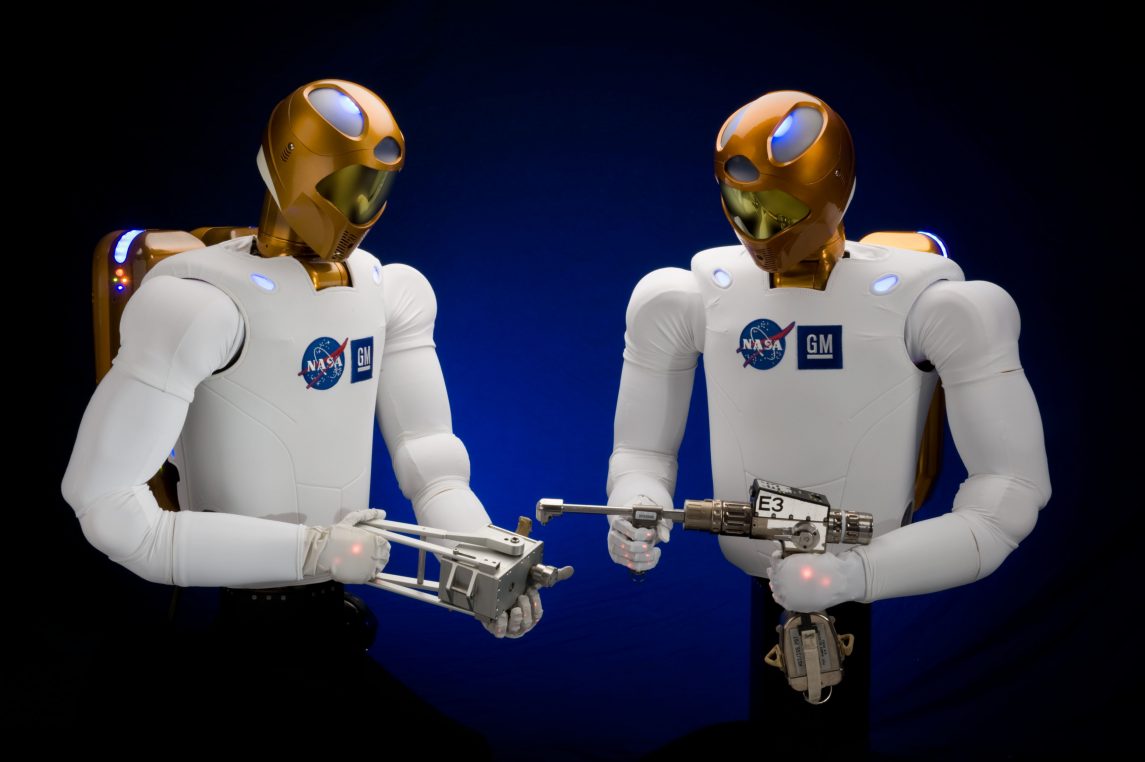 Article Name
NASA's Weird Robot is Headed Down Under for a Stint in the Mines
Description
With its shiny gold helmet and milky white body, Robonaut hardly seems at home on a mine site. But that is exactly what NASA and Woodside are doing with it.
Author
Krystle Richardson
Publisher Name
Machines4U
Publisher Logo