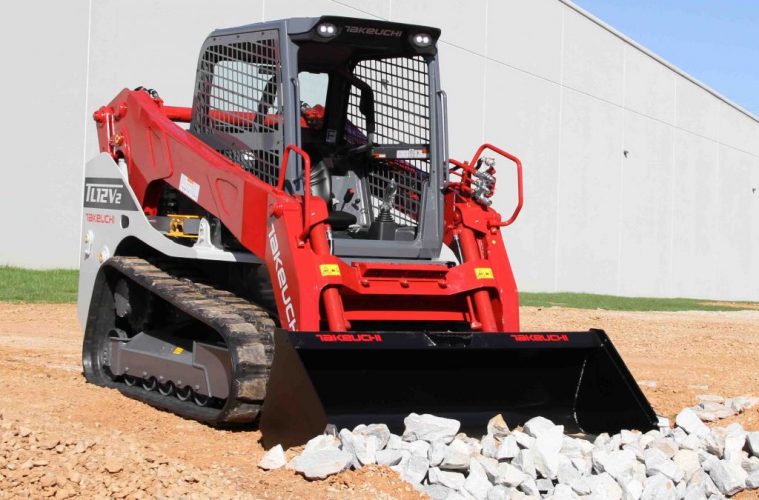 Remixing is a dubious concept, capable of great good but also great evil. In the world of music, it is responsible for U2’s hideous butchering of Credence’s Fortunate Son; but also for Aretha Franklin’s glorious rendition of Respect (an Otis Redding original).

Remixing happens in the machinery world too with companies, like Takeuchi, taking existing models and redesigning them with the hopes of improving on and modernising the old classics. Unlike Aretha and Bono, Takeuchi only ever remix their own inventions. They were the first company to build a compact excavator back in the early seventies and then introduced compact track loaders to the world in the eighties. With these machines, they made a massive impact on the construction equipment market and, like Credence Clearwater Revival and Otis Redding, spawned many covers and spin offs.

With their new TL12V2 Vertical Lift Loader, Takeuchi’s aim was to take everything good about their earlier machines and mix in a raft of new features designed to make life easier for the operator. We got Satch Santilli of Semco to give us a tour of the TL12V2 at the Diesel Dirt and Turf Expo so we could see for ourselves if Takeuchi were channeling Aretha or Bono.

The TL12V2 has a five ton lifting capacity and is the biggest machine of its class in the industry. In place of the ‘steel on steel’ tracks, the new models have a rubber on steel system that is noticeably easier on the ears. They’ve also made the door far more convenient for operators. Rather than having it swing open like your front door at home, it slides up and into the cab, giving you the option to operate with the door open. The side windows are also lower, giving you added visibility.

The loader frame is one piece and is extremely strong and durable. They’ve redesigned the foot throttle, backlit the rocker switches, bumped up the comfort levels of the high-back suspension seat, and thrown in some conveniently placed cup holders. The whole operator’s station has been redesigned to be more user friendly. There’s a multi-information colour display, rear camera, font and rear LED lights and a re-imagined undercarriage design to further reduce noise and vibration.

As soon as you hop in the cab you notice the difference. While some of the changes do take a bit of getting used to, they are definitely an improvement. We particularly loved the new door and overall quietness of the machine. On a scale of Bono to Aretha, Takeuchi’s TL12V2 is definitely at the Respect end of the spectrum. 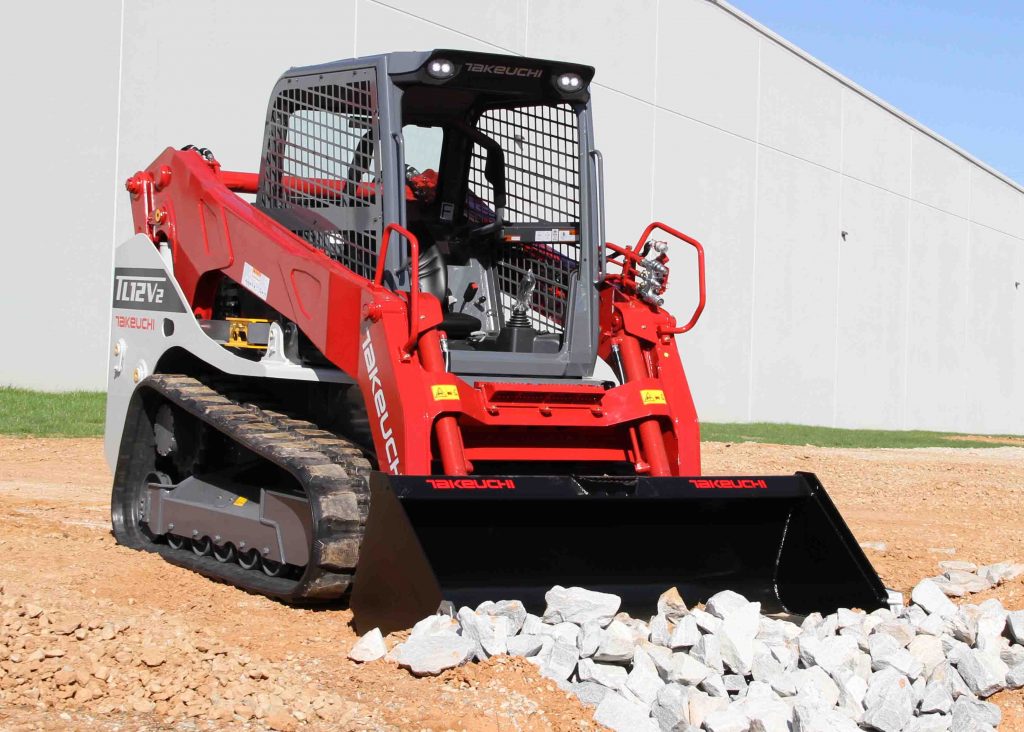