Mining consultant and author of ‘The Remaking of the Mining Industry’, David Humphreys sat down with the OCP Policy Centre to give some insight into his outlook for the global mining industry, and detail the key objectives of his training program for mining investors.

David Humphreys is perhaps one of the most well-positioned authorities on mining in the present climate, to explain the challenges facing modern mining operations and investors. Formerly chief economist for Rio Tinto and of Russia’s Norkilsk Nickel, Humphreys has also worked in the British government as an advisor on minerals policy, and has lectured widely on his published works concerning the mining industry. As he explained to OCP Policy Centre, the mining industry faces some unique challenges in 2017, and has battled some major shakeups over recent years. Now, on the other side of a mining boom and subsequent bust, the industry is rebuilding in many countries. Investors are, as always, considering where they might achieve the greatest returns and face the least risk. Calculating these risks is of course, fraught with uncertainty. Humphreys’ training course aims to arm miners and investors with the knowledge to make the most informed decisions, based on his outlook for the industry in coming years.

What unique risks does the mining industry face?

Humphreys hopes to demystify the mining industry and its volatility by analysing previous trends and behaviours by key players in government, investment and mining operations.

Two key features of the industry, Humphreys outlines, are demand volatility and supply lags.  On these issues, Humphreys says:

“One [aspect] is demand volatility, partly because of just general economic cycles, but also because the particular sectors within which a lot of commodities are used, often are capital-intensive sectors like construction, like autos, like consumer durables and so on. So, you do have a high level of demand volatility. On the supply side, you have highly capital-intensive investments and you have long lags in that side of the industry because of that capital intensity: the time it takes to commit investment and build investments.”

The unique combination in the mining industry of short-term volatility in demand, and of lags in supply result in a series of patterns in the industry. In order for investors to spend wisely, they need to have a certain understanding of these patterns, and these challenges.  Understanding the value of commodities, and of mining operations, is a tricky business.

“The cornerstone of valuation in the industry is net present value, the established net present values for assets,” says Humphreys. “Which is to say, you’re taking the cashflow assessments from a project and rendering those into today’s dollars to determine roughly what we think that investment might be worth to us, as an investor today.”

Regardless of the level of understanding of these principles, Humphreys is quick to point out that this does not guarantee successful investment. It does, however, arm investors with the tools to assess the risks involved and make the most informed decision possible. These risks include:

By understanding these risks, and their fluctuations, investors may develop a good understanding of the range of possible outcomes for the sector.

“Without that range of risk appreciation,” explains Humphreys “there’s a danger that something will happen that will upset your original investment assumptions.”

Additionally, understanding financing, and how mines finance their operations, is crucial. Unlike other sectors, mining relies heavily on specific types of finance to fund its growth.

“Without finance, there’s no mining,” claims Humphreys. “So, we need to have an appreciation for how companies in the sector raise money, and the difference between different companies. For example, exploration companies on the whole tend to have to draw their finance from the stock market and equity markets, they cannot usually raise debt [by] financing.”

Furthermore, Humphreys explains that the quality of the data provided by mining companies on their resources is of crucial importance when building investor confidence. The industry has faced a lack of confidence in some regions, thanks to fraudulent analysis and reporting of this data. Legislation to improve the quality and accuracy of this data has come a long way, and goes some way to overcoming this mistrust.

“In an industry like mining where a lot of the value of the company resides in its ore bodies and the quality of those ore bodies, the confidence than the investor can have in the company’s statistics, on what it claims it has in the ground, is important.”

What is the outlook for the mining industry?

Considering the mining boom experienced in 2011 and 2012, and the subsequent period of falling commodities prices and restructuring which resulted, what does Humphreys think is the outlook for the industry going forward?

“The mining industry, as it is well known, is a highly cyclical industry,” he says. “I think that probably we’ve been through the major phases of readjustment to declining markets, and things are stabilising. I’m hesitant to say that we are at the point of recovery. I think there is some evidence of recovery, but if we’re looking further out, there’s a lot of people around the world who need the products of mining. Mining will continue to have its ups and its downs, but broadly there is an underpinning of global demand that will support industry growth for many years to come. We’re not going to escape the cycle, that will always be with us. But broadly speaking, the outlook for the industry I think, is a positive one.”

After the mining industry hit ‘rock bottom’ in early 2016, with many indicators troughing at the same moment, there was a resurgence in some sectors. In fact, the tail-end of 2016 was much better than experts like Humphreys had expected; thanks to stabilisation of the economy globally, but also because China’s reduction in production using the bulk of major commodities helped to stabilise markets and allowed them to rebound. While iron ore rebounded well, some other commodities such as gold, uranium, diamonds and nickel are quite flat. Humphreys thinks that companies are beginning to build in confidence once again, and that investors are becoming more open to investment in the sector in 2017 and beyond.

“People are feeling generally more confident about that state of the industry than they were this time last year,” he says.

He is at pains to point out however, that demand may not be strong enough yet to carry this market upwards indefinitely.

The industry has faced significant shifts in demand and in structure over the last 20 years, and as Humphreys explains, where two decades ago, around 2/3 of the demand for commodities came from the developed world, nowadays up to ¾ of this demand stems from emerging and developing economies. Humphreys concedes that the industry has probably changed for the foreseeable future, in this respect. There has been a similar shift of the supply side of the equation, with companies from emerging economies playing a bigger role in supply and investment. For example, China continues to invest both within China and abroad. Humphreys suggests that this kind of change is not going to reverse, it is in fact, the future of the mining landscape.

The biggest challenges facing the industry

According to Humphreys, there are two major challenges faced by the sector in the present climate. First is the fact that the industry is ‘uniquely dependent on one economy’ – that is to say, on China. China consumes around 50% of the world’s metals at the moment, as well as other commodities. Back in the 1950’s, on the other hand, the USA was the dominant economy in regards to commodities demand. There has not been a situation since then, that global demand was so reliant on a single economy, until now. Whether or not this latest trend is a good thing, depends on your position on China. Regardless, there is still a definite uncertainty in the industry. One of the reasons for this is China’s shift from an export and investment-led economy to one focused more on consumption and services. This is not the only issue facing mining at the moment, however. Humphreys elaborates:

“The other issue is resource nationalism, which obviously developed dramatically in the course of the boom when a number of countries determined that they were getting insufficient revenues from the mining sector and began to involve themselves.”

This is an issue not unique to Australia, and is in fact a widespread phenomenon. Humphreys uses the example of Indonesia, who have imposed bans on exporting unprocessed raw materials. Countries such as the Philippines and South Africa also demonstrate this ‘resource nationalism’ which Humphreys refers to. This presents a challenge for the entire industry, and affects the way in which investors behave.

What are the best strategies for mining investment in this day and age?

The success of the global mining industry into the future relies heavily on cooperation between governments, miners and investors. Understanding the position and motivations of each of the other parties is critical, Humphreys says, to encouraging investment in the industry.

“There’s a part that has to be played by both government and corporations in this regard,” he says. “I think that it is becoming better understood within the industry that companies have to position themselves not just as investors in mines, but they actually have to partner with host governments that they go to. They need to understand the development aspirations of the countries in which they want to invest, and build long-term relationships to ensure that the company is pointing in the right direction and working closely with the government and the develop agencies to ensure that the maximum benefit flows to the local economy.”

The range of skills which are employed by successful mining operations are much broader than simply engineering and geological elements. Successful operators, Humphreys explains, need to understand the economic consequences of their operations and engage effectively with local governments and policy makers. Equally, governments need to involve themselves in terms of being better informed about the mining industry, about how it operates and about incentivising investment. Giving companies confidence in their investment potential within a country’s mining sector is important, if countries are to attract investment in new mining development. 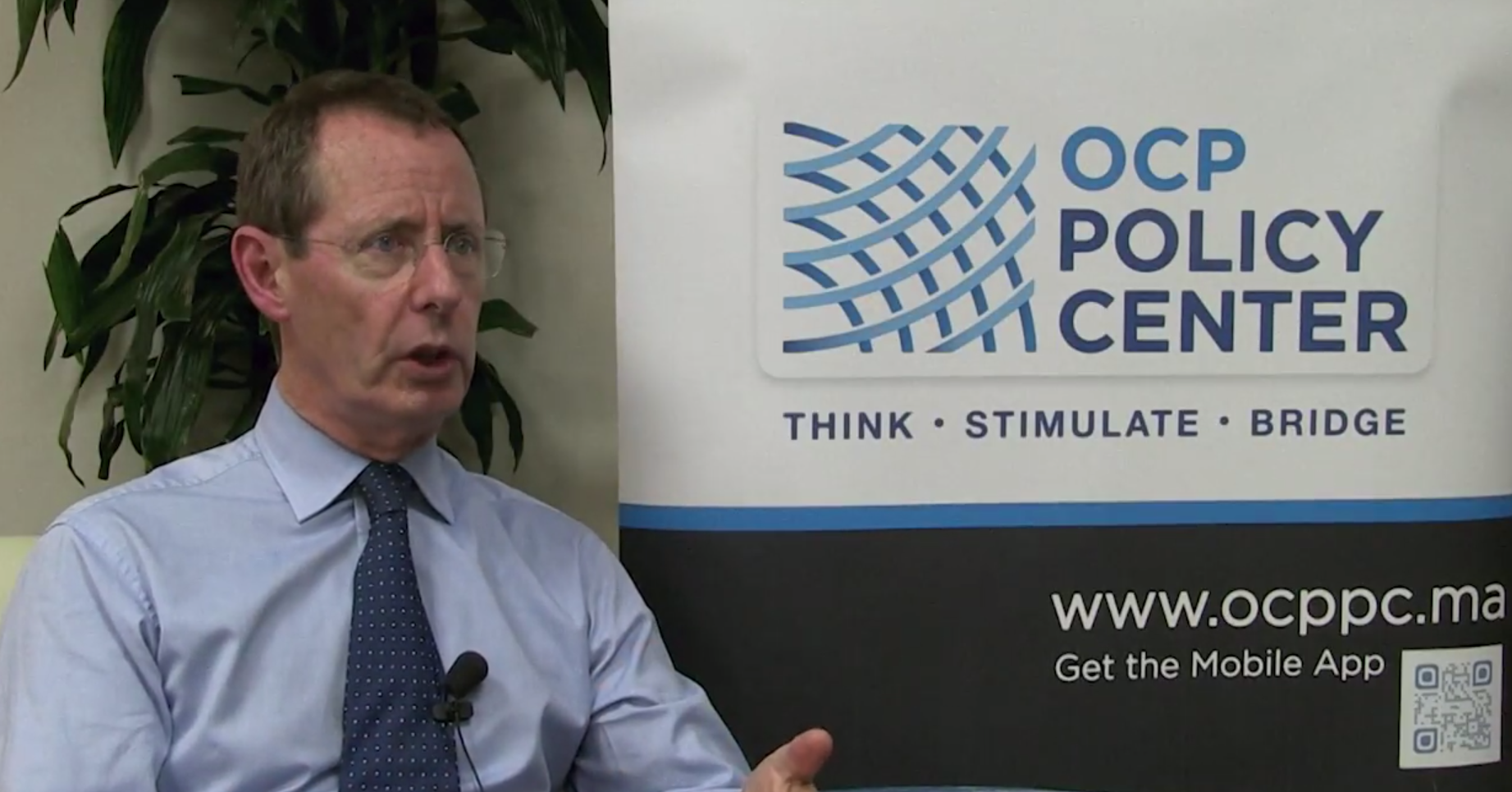