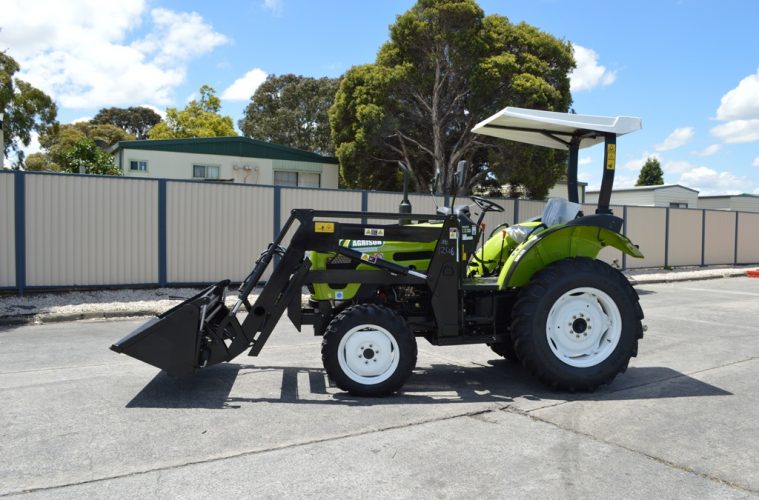 A tractor remains as one of the most productive and probably the most practical power equipment for the agricultural and landscape industry. The demand has always been high as well, especially in recent years when we’re now seeing more advanced features and more flexible designs from some of the world-leading tractor manufacturers. In that sense, I decided to feature another one of the newest tractors in the market. This time, though, the maker of the power equipment is coming from a much younger company that has also been making decent strides over the course of the last decade. So without further delay, here’s our equipment review of the 2015 Agrison 55HP G3 Ultra Tractor.

With Agrison being just about ten years young in the steadily rising tractors and loaders market, the company had to make an impact through the quality of their products. And what a great way to kick things off, by focusing on their equipment’s robust build that have also been well-complemented by their machine’s heavy duty performance. That toughness has since impressed many, and have taken the Agrison 55 hp into places where it’s never been before.

The Agrison 55 HP Ultra Tractor is also packed with equally strong components that power the machine even as it goes through the country’s most challenging terrains and working conditions. Inside the tractor is a 55HP engine, 4WD, and power steering that makes the equipment a total package and one very reliable workhorse for small-mid sized properties. 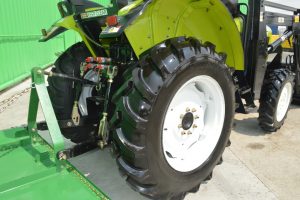 To meet the fast-paced trend in the market, and get that much-needed chance to compete with rivals, the manufacturers have also installed a slew of components that are aimed to improve the tractors overall performance and stability. The 50HP Ultra G3 Series includes a value added features such as Roll Over Protection (ROPS), Front end loader,  4 in 1 bucket, 4WD, 4 Cylinder diesel engine, 3 Point Linkage, rear hydraulic remotes, sunroof, shuttle shift, power steering, double disc clutch, and agricultural tyres.

To make the deal even better, Agrison also upped the ante when it comes to the operational convenience of the new Ultra G3 tractor. In fact, the new power equipment and agricultural workhorse feature some appealing cabin features such as the luxury seat, supreme 360 visibility, minimal vibration and noise level, and more. I personally love interior design, too since it offers great headroom and ample space for the operator to manage the controls efficiently and conveniently.

To match it’s well-balanced and strong build, the Ultra G3 also had a pretty good design, which offers easier maintenance and checkups with easily accessible key components and an ergonomically designed cabin and controls dashboard. Meanwhile, the exterior looks great in my opinion and is in fact, what caught my attention when I initially saw the tractor from the Agrison Tractors and Generators website.

Summing up, the 2015 Agrison 55HP Ultra G3 Tractor quietly puts itself in place as one the better tractors during all of last year. It’s not much of a stretch since Agrison clearly displayed all the qualities they’ve been known for so far; with a great combination of their proven and tested high quality build, together with some of the market’s leading new features and specs. But even with all that, the tractor may still lag behind some of its peers from 2015 when it comes to engine strength and horsepower. Although, that’s nothing to worry about if you’ll be dealing with a lot of medium to small tasks since the Agrison 55HP Ultra’s specs should be more than enough to settle those kinds of stuff. Overall, the Agrison Ultra 55HP still remains as one of the most practical and reliable tractors out there, it should be a smart investment, too for small to medium landowners and operators.