Robby from Impact Machinery Talks Automation, Service and Why Go it Alone? 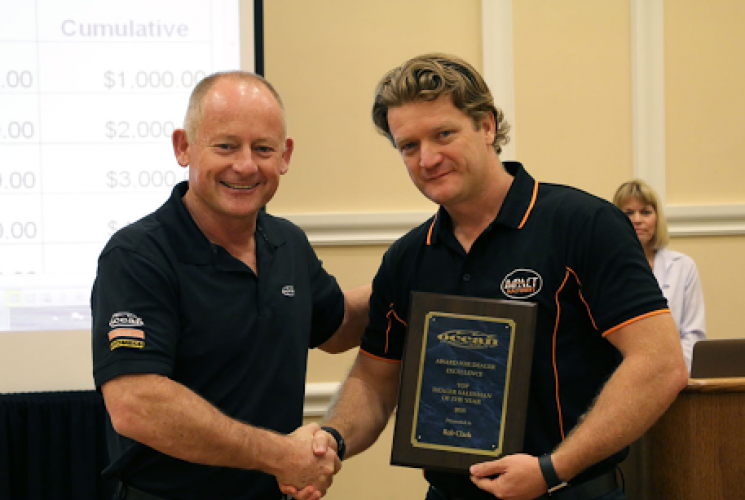 With over ten years of experience in the industry, Robby and Darren of Impact Machinery noticed a gap in the market for both suppliers and buyers of heavy machinery. Frustrated with being ‘one of many’ their suppliers were left feeling disenchanted by the industry, and by some of its dealers. The pair were approached by Peddinghaus, a leading machinery manufacturer, to join the team. But they had other ideas…

Machines4u interviewed managing director Robby Clark about their decision to go out on their own, and change the face of machinery dealership for the steel processing industry. Starting 5 years ago, Robby and his co-founder Darren were made aware of a restlessness of manufacturers in the industry and decided to take swift action to address a growing need.

For the uninitiated, Robby explains what it is that Impact Machinery does:

We asked Robby about what lead to them making the move, to start their own business.

“We were approached by an International machine manufacturer to work directly for them. They wanted to change the way they were represented in Australasia. We suggested a different path working together as business partners specialising in Structural Steel and focusing on the Australian and New Zealand markets.”

Of course, starting out on your own isn’t easy, and there are some steep learning curves involved.

“We went from being successful sales guys, working for a big company, to taking a massive pay cut, and risk everything to work for ourselves.
We started off with just 2 people, we had infrastructure problems, and a lot of help from our supplier Peddinghaus. But over the last 5 years we have built the the local infrastructure to support the sales team. We have our own service department, and we are basically self sufficient now.”

He has some tips for those considering making the move to work for themselves:

“There are a lot of things that you don’t know that you don’t know. We had all become very good at our jobs, but our job isn’t the whole game. There’s accounting, there’s importing of machinery, there’s managing service staff. I would suggest, get mentors. You have to be prepared to be running very lean, for as long as possible. You need to learn to run very quickly.”

There are certainly no lack of machines, or machinery, in the industry. So, what sets Impact Machinery apart from the crowd, we wonder? Robby has no doubt about the reasons for their success.

“We all sell very similar machines that give good results. Most of our customers will do better with a machine than without, whether it’s ours or somebody else’s. The thing that separates us from the pack is that our after-sales service is on a different level. Our customers personally deal with the guys that sold them the equipment, who own the company, who manage their service staff. I have customers ring me on a Sunday afternoon, and they know they’ll get the service. That’s our point of difference.”

Service and consulting are at the heart of Impact’s business model. Providing honest and reliable advice to those who might otherwise be overlooked is a key focus for Robby, Darren and the team. The smaller players in the industry often get forgotten, according to Robby, thinking that they can’t afford the machinery that would help their operations. The Impact team act almost as consultants, to help businesses understand the investment, the possible returns and the potential for growth surrounding machinery purchases. And the results?

There are no shortage of satisfied customers, as their testimonials indicate.

“Our experience with Impact has been very positive. Their patience and willingness to spend the time with us to ascertain our business needs has been refreshing. Most importantly their honest approach is something we really appreciate.” Nick Mavros, from Structural Challenge.

Another secret to the success the Impact have enjoyed is their close partnership with Peddinghaus. This relationship lead to Impact showcasing Peddinghaus’s new and XDM-630 drill line at the recent Austech expo. To say that Robby is excited by the product would be a little of an understatement.

“It’s similar to a Swiss army knife: it does everything. It’s cutting to length, it’s drilling holes, it’s layout marking. structural steel goes in one end, and processed, fully finished, ready to weld steel comes out the other end. Usually it takes a couple of machines to achieve the same thing. There are machines out there that give you all in one, whereas the XDM is like a toolbox in one compact unit.”

As a machinery dealer, we were interested in Robby’s thoughts on automation, and the takeover of manual jobs by machines.

“With structural steel, the future is full automation. We are all working towards that. We’re not there yet, automation can be tricky. But machines are getting smarter, and simplifying things so that the tradesman doesn’t need to be highly skilled.”

But, what about craftsmanship?

“When it comes to the stuff that really takes skill, that’s where the machines struggle. With automation, the plan is to take away the simple stuff. Attack the things that aren’t really skilled, they just take time. If you add in too much skilled labour to that time, it drives the cost of the job up and it means that overseas markets with cheaper labour can take local work. So, to compete globally, we need to take hours out of the job. Keep the skill for the stuff that takes skill. Things like drilling holes and cutting to length…that doesn’t take skill.” 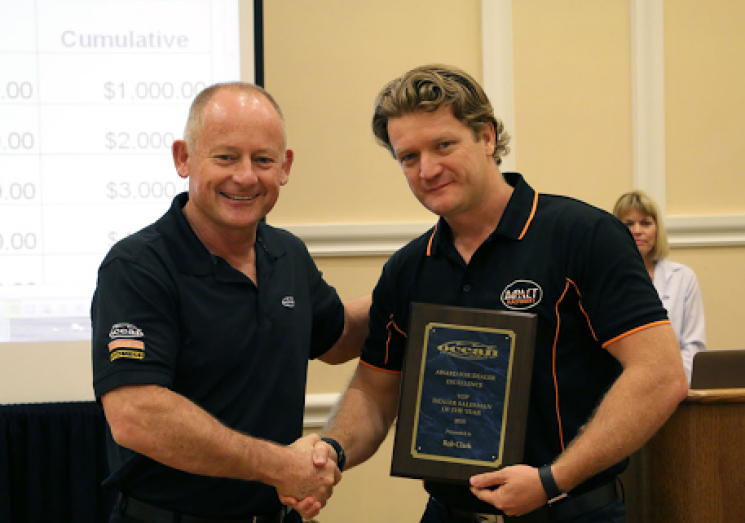 Article Name
Robby from Impact Machinery Talks Automation, Service and Why Go it Alone?
Description
With years of experience in the industry, Robby and Darren of Impact Machinery noticed a gap in the market for both suppliers and buyers of heavy machinery.
Author
Maggie Harris
Publisher Name
Machines4u
Publisher Logo