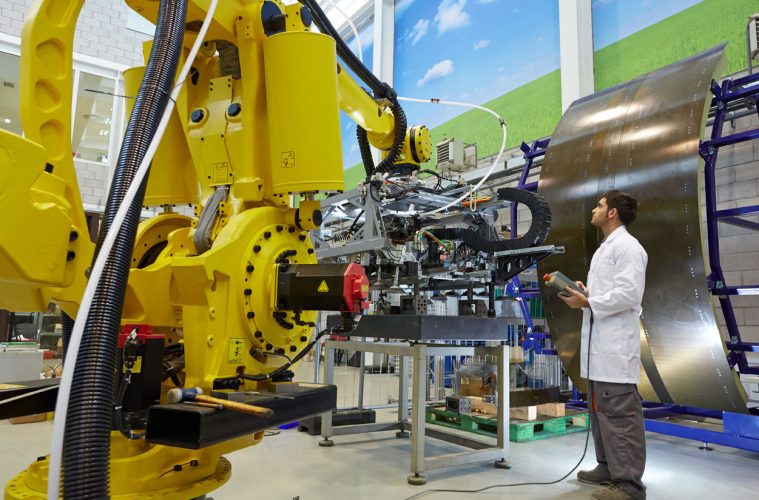 The return of our soldiers from World War II sparked the kind of celebration that results in babies. A lot of babies. So many, in fact, we came up with a term especially for them: the baby boomers. This generation is now starting to reach retirement age and, for the manufacturing industry, it couldn’t have come at a weirder time.

The manufacturing downturn of the 90s and 2000s slowed the intake of newcomers to the industry, meaning we have baby boomers retiring from positions and a shortage of people capable of replacing them.

In the wake of the downturn many skilled individuals also started seeking employment opportunities overseas. This compounded the skills shortage in Australia and led to a number of major companies shifting their operations off-shore. In 2015, well-known mining equipment manufacturer, Caterpillar, moved a big chunk of its operation to Thailand, cutting 280 jobs from its plant in Tasmania. 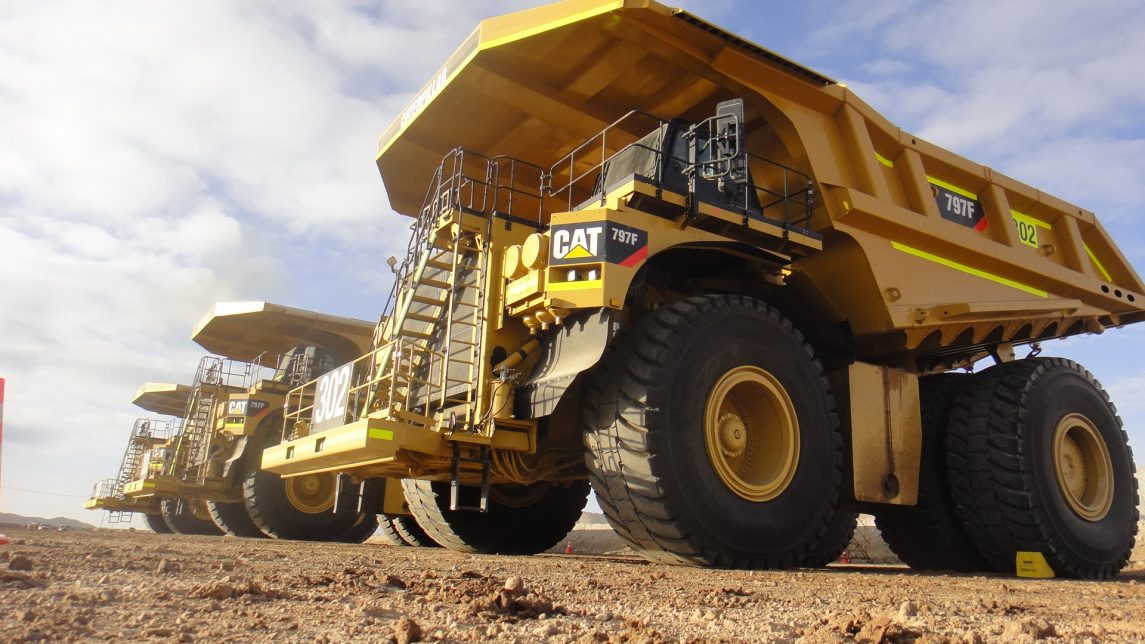 Meanwhile, our aerospace industry is facing a shortage in skilled labour, putting us at risk of losing valuable business. Queensland is well placed to be a hub for the billion dollar Asia-Pacific sector of the industry, keeping military and civil aircraft up in the air. However, a government discussion paper on the aerospace industry has warned of the harm this shortage in skilled manufacturing employees could have on the industry.

This leaves Australia in a position where something has to be done to counteract the ageing workforce problem.

Industry advancements to fill the gap

The most exciting innovation being used to counteract this problem is automation. Robot coworkers are not a crazy concept from the future. They are a growing part of our present day manufacturing industry, giving the companies that employ them an enviable competitive advantage.

Robotics allow manufacturing companies to compete with overseas operations that have lower costs while also combating the skilled labour shortage. And, as our technology advances, automation is becoming more and more affordable.

The biggest challenges faced by businesses are:

Why invest in robotics?

Robots are not yet self-aware (that we know of) but they can see better, process data better and repeat tasks with far more accuracy than ever before. The software systems they come with are already impressive but are also upgrade-able, allowing the tech to always be at the forefront of advancement.

Automation enables digital-savvy enterprises to reduce the need for manual labour, creating efficient, AI-driven processes in its place, boosting accuracy while reducing costs. At the same time, the AI can gather valuable data, allowing for more informed decision-making. The information produced by the machines opens up a greater scope for operational understanding, providing predictive power and allowing for highly informed decisions on new strategies, products and services.

Automation does require a significant investment. However, the technology has advanced to a level where systems affordable for smaller operations are available.

What tasks should be automated?

Anything repetitive where precision is paramount. We’ve been using robots in factory lines for years now but they are also perfectly suited for picking, packaging and palletising. The higher the volume, the more important it is becoming to automate. 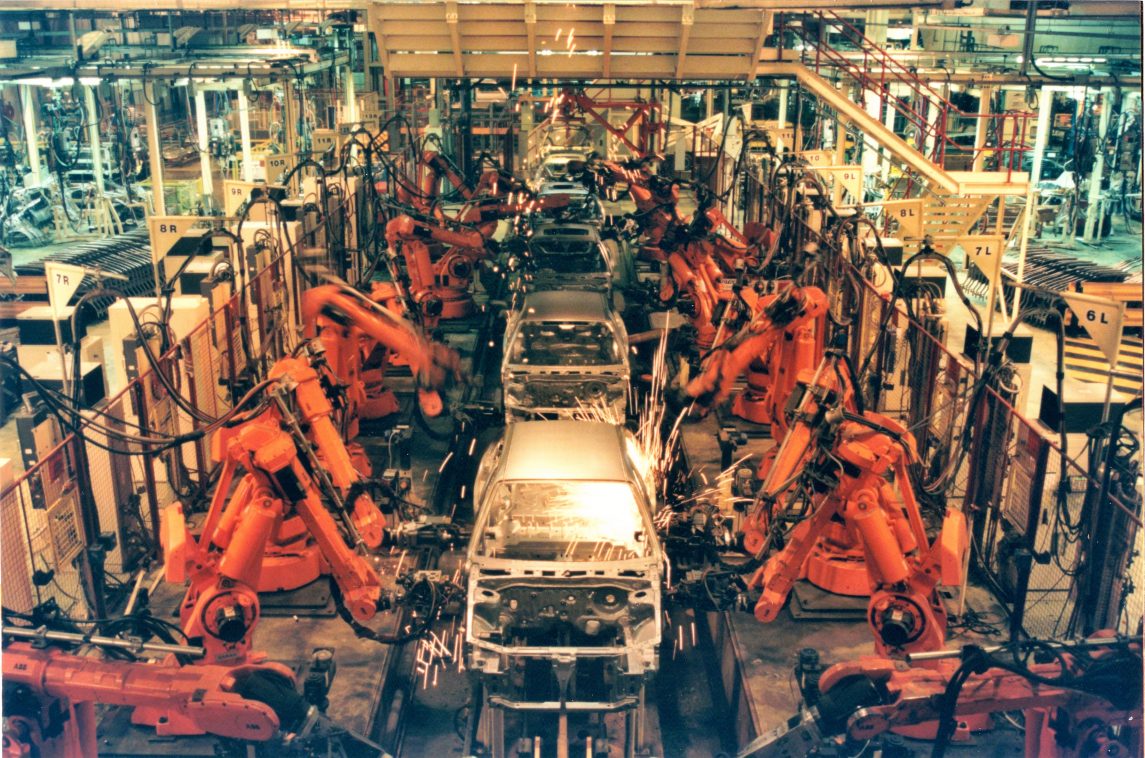 The manufacturing world is morphing into a whole new beast. Its metamorphosis is drawing attention from a whole new brand of workers. And the influx of AI is opening up exciting educational avenues for those keen to work with cutting-edge tech.

We still need a whole range of skilled workers to get the best out of the robots, specifically:

Returning to the Caterpillar case

While Caterpillar has moved offshore, they have undertaken an initiative to encourage people in the manufacturing industry to up-skill and get themselves up-to-date with the industry advancements. Caterpillar’s “Transition Taskforce” is targeting ex-factory workers wanting to work alongside the new tech.

Those who were made redundant have been offered scholarships in programs that teach them about the design and engineering side of the industry. Manufacturers, like Caterpillar, who roll with the changes, and transform their business models to suit, will thrive in the emerging new world.

The company’s global director of diversity and talent, Kelly Wojda, is working on changing the perception people have of working in manufacturing:

“You will be doing work that’s helping all around the globe, making big projects happen, and really working to make life better in a lot of communities.”

Automation in the global market

China is gradually moving more and more of its factory work over to robots. The manufacturing giant responsible for Apple and Samsung phones, Foxconn, has more than halved its human workforce, replacing them with robots.

Japan is also at the forefront of this movement, with Kawasaki even going so far as to develop a robot purely for the purpose of applying screen protectors to iphones. This may seem like a lot of tech for such a simple job but if you’ve ever struggled to get the screen protector in place without those annoying little air bubbles, you’ll perhaps enjoy the precision of the robot’s work.

As part of a tech-injected industry, manufacturing companies are now competing with digital giants for a whole new breed of skilled worker. Andrew Dugenske, director of Georgia Institute of Technology’s Factory Information Systems Center, is all to aware of the challenges the industry faces in trying to compete in the digital world.

“Students are very interested in working for companies where they see a lot of upside potential. For manufacturing, it’s a bit challenging for companies to hire them at times because of the salaries that those [tech] companies are able to offer students.”

To attract the kind of workers they need, manufacturing companies need to convey, as Caterpillar has, that the work they have on offer will be meaningful. The new wave of skilled workers needed in the industry care about making valuable, individual contributions and not just being a cog in the manufacturing machine. It is over to the industry to rebrand itself and break down the perception of manufacturing as tired old factories and repetitive work. 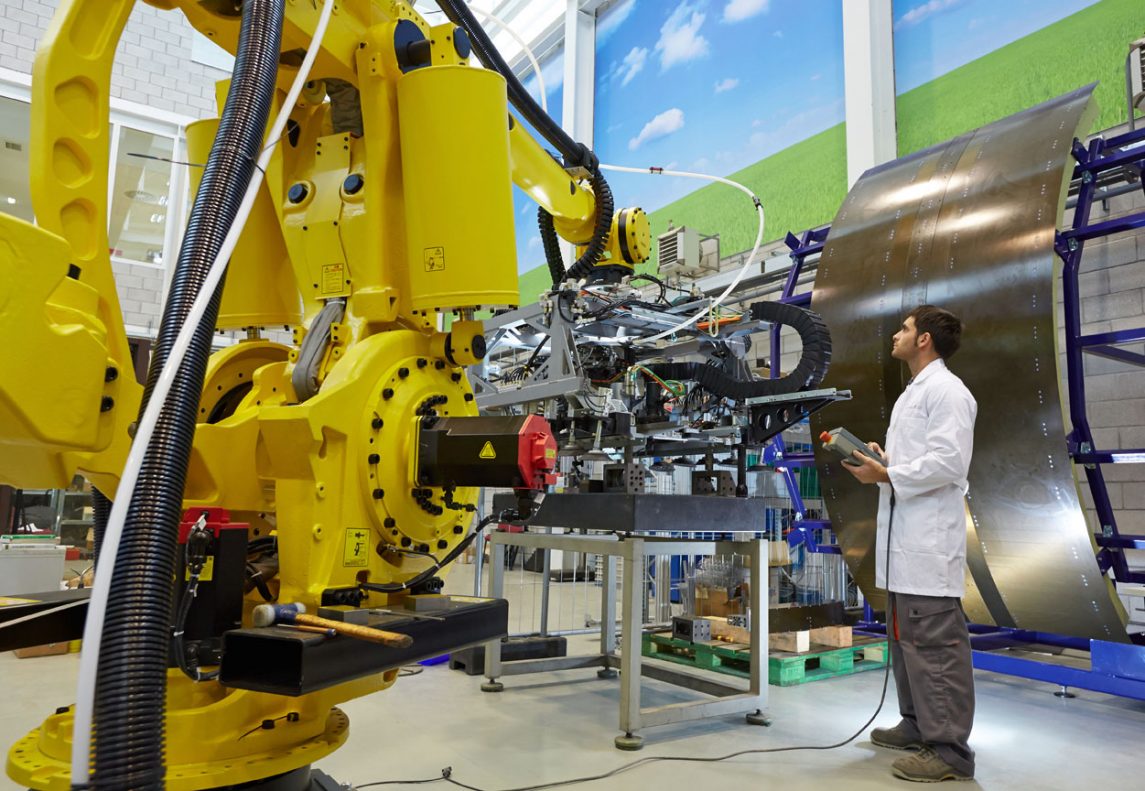 Article Name
Robot Co-workers: the Not-so-Distant Future for Manufacturing?
Description
Are robots and automation the answer to a lack of skilled workers in the manufacturing industry? We look into the latest tech advances in the field.
Author
Krystle Richardson
Publisher Name
Machines4U
Publisher Logo