Thanks to recent advances in technology, Australian farmers are inching ever closer to having a fully automatic and fully monitored system that can track everything from trough water levels and rainfall, to animal location and body temperature of cattle. How is this being achieved? It’s thanks to developments in the Internet of Things (IoT).

What is the IoT?

To put it simply, the IoT is a network of devices, machines and objects that have been given unique identifiers (UIDs) and are able to transfer their data across the network without human-to-human or human-to-computer interaction.

These devices cover a wide range of applications, and can be tags on cattle, water sensors in troughs or satellite data tracking rainfall across a region. The IoT has almost endless possibilities and provides Australian farmers with access to more information than ever before.

However, while the IoT is an incredible resource with a lot of potential, it does have some drawbacks.

The Problem with IoT 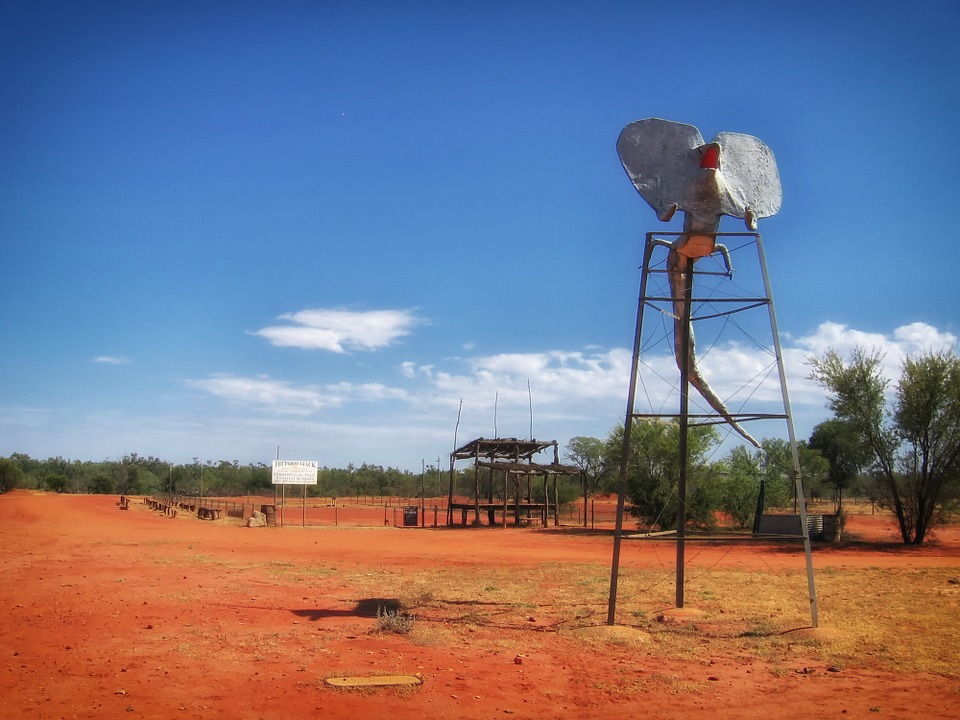 The biggest issues Australian Farmers are facing with the IoT is network issues. It’s pretty common knowledge that Australian internet is behind many other western countries, and it only gets worse further inland—where the majority of farms are located.

This creates the biggest issue for the IoT, as the devices aren’t able to effectively communicate across the network, making the information incomplete or sometimes completely inaccessible. In some cases, like with corporate beef and cattle producer Stanbroke, properties may be blocked from sending or receiving signals thanks to hills or infrastructure. Instead they have limited 3G or 4G access, and sometimes no access at all for days on end.

In recent years, companies like MarchNet (which now provide Stanbroke with a 50/50 Mbps connection) have cropped up, providing network connectivity to areas where the major telcos can’t or won’t go.

Unfortunately, there is another setback in the implementation of IoT devices across Australian farms—many ‘farm-ready’ devices aren’t actually farm-ready. Luckily though, this is something that should be easier to remedy than network issues. Many of these devices can (and will) undergo changes once developers properly understand the needs and requirements of farmers across the country. Making them more reliable for a commercial setting is one of the first major steps that needs to be made, but thankfully a group of properties, managed Carwoola Pastoral Company, have taken the job of testing over 200 IoT devices, spread across a range of applications. This testing will go on for another 6-12 months before any real conclusion can be made.

“Of the 150-plus suppliers that were approached, that were asked to prove [themselves] to MLA and industry … only 20 have showed up, which I find a little interesting personally but I guess not everyone’s in a position to supply what they say they can or to contribute at a particular time,”

On a positive note, Myriota (a satellite communications company based in South Australia) has made advances connecting IoT devices to their direct-to-orbit satellite system. Meaning devices developed in conjunction with their technology are able to communicate across the network, regardless of whether there is phone or internet connection.

IoT technology covers a massive range of applications for all types of farms in Australia, making it a great choice for almost any farmer who has a strong internet connection.

One of the most recent developments, thanks to a partnership from Myriota and Goanna Ag, has been the development of rain gauge and water tank monitoring devices. These devices, by connecting to Myriota’s satellite network, are able to remotely monitor and report rainfall across a property, delivering the data through apps and software. This development is particularly well-timed considering the drought currently plaguing farms across Australia, and is a step forward in helping farmers monitor and predict water usage without increasing workloads or costs.

Of course, there are a number of other applications that IoT can cover as well.

Some of the simplest and most common IoT devices will help you monitor, track and forecast weather. But it can also be used to customise and create specific sets of rules for instances like irrigation. So, if it’s a particularly windy day, you can have the system automatically adjust the timing and flow to suit the conditions, allowing you to water crops with less wastage.

Sensors and devices can be placed throughout your crops and fields to monitor soil quality, giving you an accurate idea of the state of your soil and providing you with the information you’ll need to make planting and harvesting decisions.

This is one of the most exciting and broad applications available. Tags, trackers and other devices can be attached to your livestock to monitor location, movement patterns and herd size. It can also be combined with drones and other technology to monitor body temperature, which is a method used for identifying diseases.

IoT devices can also be used to remotely monitor, alert and forecast product levels straight to your phone. Much like the water troughs, monitors can be set up in feeding troughs to monitor feed levels. It can also be programmed to remind/alert you when levels get too low and they need to be refilled. Some software is even capable of tracking patterns and combining that with stock levels to provide you with an estimated date for purchasing new feed. Giving you ample time to prepare. 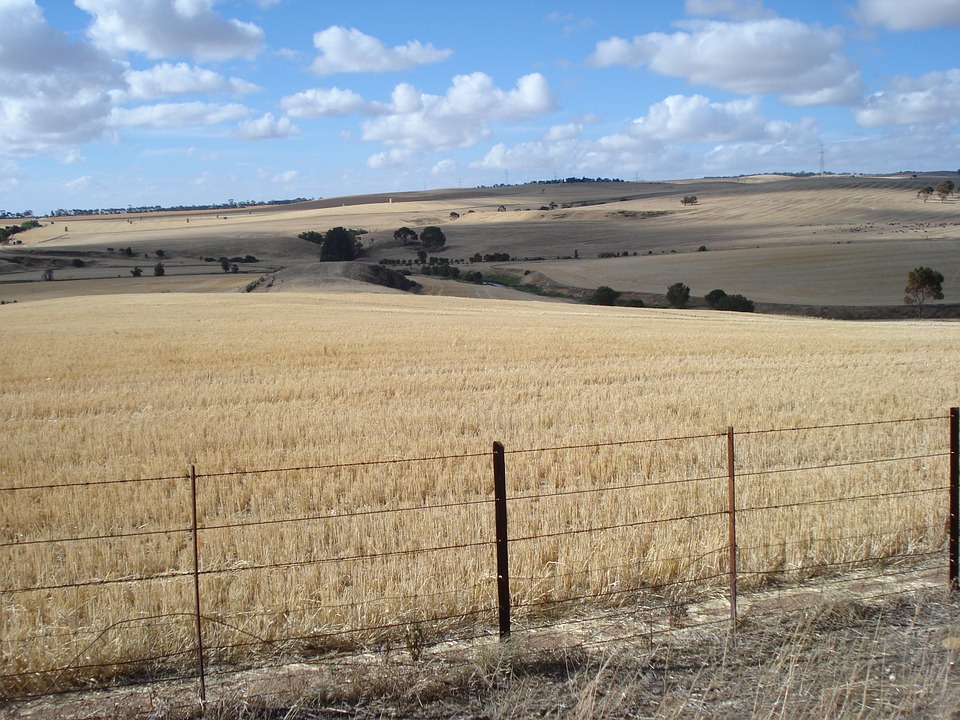 How Does IoT Help Farmers?

While the benefits may seem obvious to some, the biggest benefit is going to be the increase in efficiency that comes with partial or complete autonomy. Being able to remotely access information regarding water and feed levels means farmers won’t need to make unnecessary trips to check them manually.

“Instead of a 250km drive three times a week to check our waters, I should simply get an alert on my phone when anything drops below normal. Even in its first phase, the vehicle maintenance savings I think will be significant, and that’s without including the fact that we can target our staff’s work instead of sending them off on a Sunday drive to just check out what’s going on. The future is here and we’re making it happen right now.”

There are also IoT devices that can be integrated into trucks, tractors, farm machinery and transport vehicles to monitor the status and health of livestock and products as they’re transported. This ability to constantly monitor products makes it easier to pinpoint and fix areas of production that are causing issues.

It all comes down to saving time and money. Proper IoT integration will allow you to spend less time travelling around your property performing checks, and more time focusing on the priority tasks. It can also help you pinpoint areas to improve, allowing you to increase yields and production.

When to Switch to IoT Integration

There’s currently no best answer to when to integrate IoT onto your farm. There are a number of factors you’ll need to consider, like:

If you’re located somewhere with little-to-no signal, you may find it a struggle to find IoT devices that can operate at all. Of course, progress is being made every day to improve connections and satellite networks are a big step into making this a reality.

Of course, the size of your property and your needs will play a big role. A small hobby farm may not get the most of a full IoT system, while a massive cattle farm with wide open land and constantly moving cattle will be more likely to find equipment like the IoT much more useful.

As with everything, it’s always best to do plenty of research before buying. The IoT’s big drawcard is its ability to solves several problems farmers face, rather than relying on several different systems across multiple applications.

What do you think about the IoT system? Would you consider it? Let us know in the comments below!