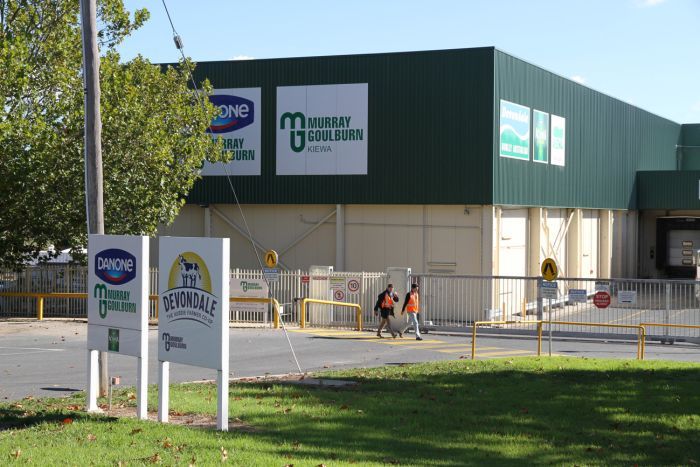 As if the dairy industry wasn’t suffering enough, with the recent low prices and Murray Goulburn claw-backs, they’ve now been hit with another devastating blow. This latest news is set to have ruinous consequences for small towns in Tasmania and Victoria, which rely largely on Murray Goulburn’s milk factories for their employment.

The beleaguered dairy giant, Murray Goulburn, has announced shock closures of three of their rural plants. The towns of Kiewa, Rochester and Edith Creek were notified in a surprise revelation from MG this week, and the news has left them reeling. Fearing for their livelihoods, the small towns are each hinged on employment from the dairy producer. In some instances, two or three generations of local families have been employed by the firm.

Across the three closures, Murray Goulburn has reported an expected 360 jobs to be lost. At least 135 of these lay-offs will go from the Kiewa-Tangambalanga factory. The small community in north-east Victoria relies heavily on employment from the factory to support their combined 700-strong population. Mark Britton, who began working for MG when he was just 14 years old, says the town has been collectively blown away by the unexpected news.

“What’s Kiewa without the factory? There’s a lot of local people that are employed by the factory. The little town will be pretty devastated. The town was built by that little factory down there. It’s all over now.”

Dairy farmers were left in total shock after finding out last year that their milk prices had been ‘overestimated’ by Murray Goulburn, and they’d be having their profits clawed back. Sending tremors through the industry, the $1 per litre milk debacle had farmers, consumers and governments furious. The outrage led to class action being taken against the dairy giant, which has since been dropped. In a huge week of controversy for the firm, they announced the dropping of claw-back actions against farmers,  while also dropping the bombshell of the closing of three factories.

Farmers have welcomed the decision to drop the recovery scheme, and MG’s commitment to return money to those who had already begun making contributions to the so-called ‘Milk Supply Support Package’ (MSSP). This new blow however, seems to have passed the burden of Murray Goulburn’s sins from farmers to rural towns, although there is little recourse for workers whose jobs will be lost.

Neil Innes-Smith, a farmer from the Edith Creek region, while relieved about the cessation of the claw-back program, is still disillusioned about the dairy company’s affect on the people of these rural towns, who fight tooth and nail for an income, at the best of times.

“It [Murray Goulburn] hasn’t done them [cut jobs] lightly but I’m very disappointed when it’s on our back doorstep and all the wage cheques it’s going to take out of Smithton area, a small community,” he said. “You just feel the frickin’ country area is getting screwed over again … farmers are not making any money.”

The persistent low prices of milk are making things difficult, MSSP or not. Years of drought and continual pressure of low farm-gate prices are putting continued financial burden on farmers, which many are simply unable to cope with. Dairy farmers have been leaving the industry in increasing numbers over recent years, and now it seems that the small towns of Kiewa, Edith Creek and Rochester may see a mass exodus of their own, thanks to these developments.