The Internet of Things: Agriculture Revolution or Rise of the Machines? 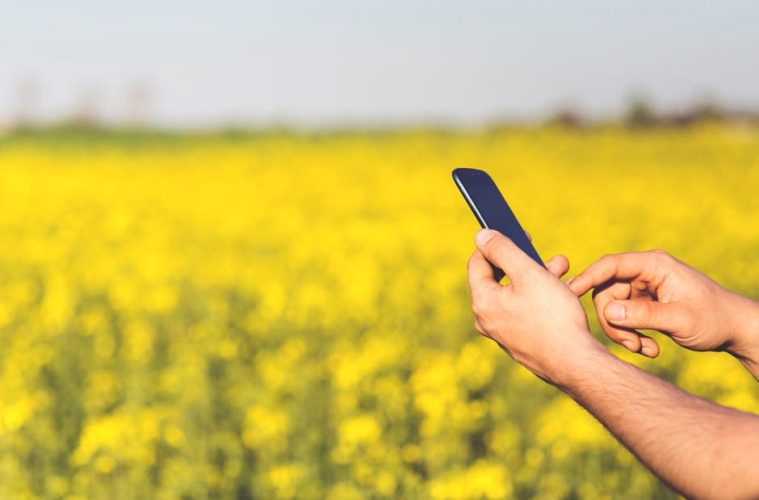 We have the internet to thank for so many things. International ecommerce, the Arab Spring, the 24-hour news cycle and cat videos. Now this incredible contraption is helping farmers in ways previously reserved for crystal balls. Is the IoT the next big adventure in agriculture—or shall we start preparing for Arnie and Judgement Day?

Let’s be honest, if John Connor wants to crash-land in a field and come couch-surf for a while before saving the world from an army of murderous, indestructible machines—we are down with that. But in the meantime, (because we know it’s only a matter of time) the Internet of Things (or ‘IoT’) is rapidly changing the way we work. Agriculture, a seemingly old-worldy and charmingly traditional enterprise, is not immune to the shift. Actually, it’s reaping the benefits too.

Farming and the population

Farming will be more important than ever before, as our population rises to enormous proportions. According to IBM, by 2050 the world will play host to 9.2 billion humans (and who knows how many machines…but we hear they don’t eat a lot). With arable land becoming more scarce, this poses a not insignificant challenge to the agrarian society at large. How do we feed over 9 billion people, in a world with decreasing resources and increasingly unpredictable climates?

An incredible 90% of crop losses are due to the effects of weather on farming, and an alarming 50% of all produce never reaches the grocery store due to weather-related transport issues. With a need for a 70% increase in production over the next three decades, this is simply an unacceptable rate of attrition for our scarce harvests! 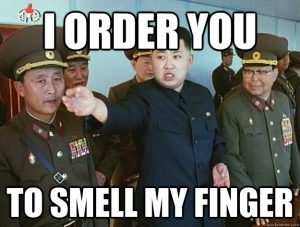 The advent of the IoT means that your internet connection can do more, much more, than connect you with a Tinder date or catapult you to the dizzying heights of Instagram fame (stay with me, baby boomers). Internet-ready devices are assisting businesses across all industries, and agriculture has not been left behind. Developers have taken to the task of predicting and mitigated effects of bad weather, disease and transport for farmers, in an attempt to reduce crop losses and ultimately increase production.

Access to detailed reports on soil quality, crop maturity, weather forecasting and even labour and feed costs can have significant impact on the decisions that farmers make, regarding their crops. These reports and predictors are known collectively as ‘precision agriculture’.

Real-time reports around soil temperature can assist farmers in timing the implementation of cooling techniques which can ultimately save their crop. Accurate weather reporting can assist in choosing the best times to fertilise and avoid runoff of important materials. Mobile devices can help to detect crop diseases before they ruin entire yields. All thanks to the Internet of Things.

As is the way with technology, the more it develops and improves, the cheaper it becomes. Mobile devices are accessibly priced, and with their internet connection can give access to literally millions of online resources for farmers (and your teenage sons).

Drones, for example can help with everything from mapping land to measuring temperature in cattle to predict distress. Furthermore, there are also specifically-developed systems for agriculture, such as irrigation technologies which can act on smart alerts at a moment’s notice, to hold off on watering crops due to imminent rain, or even waterborne disease outbreak. Several companies are leading the way in precision agriculture systems:

Farmobile: Integrates data from farming machines, so that farmers can easily access this data and make accurate predictions for their crop.

CropX: Adaptive irrigation systems, powered by sensors which scan fields and analyse data to produce a report on the optimal irrigation plan for each field. ‘The Internet of Soil’, as CropX likes to say.

Anemon: Anemon’s sensor will tell you, via sms, when your cows are on heat, by sensing their body temperature.

IBM’s report suggests that with the use of precision farming, we can reduce 25% of crop loss due to weather-related crop damage alone. However, with the rapid development of technologies which examine more than simply the weather’s effects on crops and livestock, but also cattle well-being, optimum harvest times, fertiliser usage and the rest…well, the possibilities are endless. 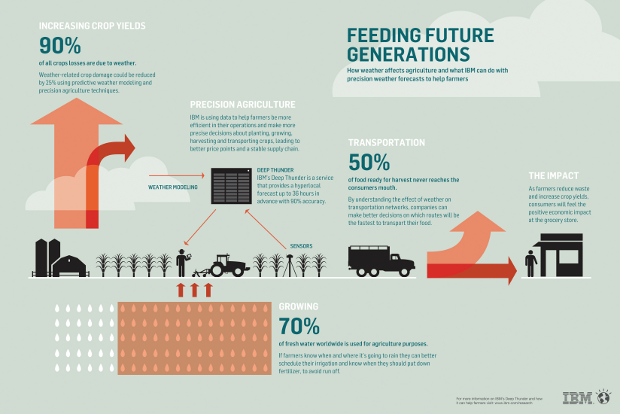 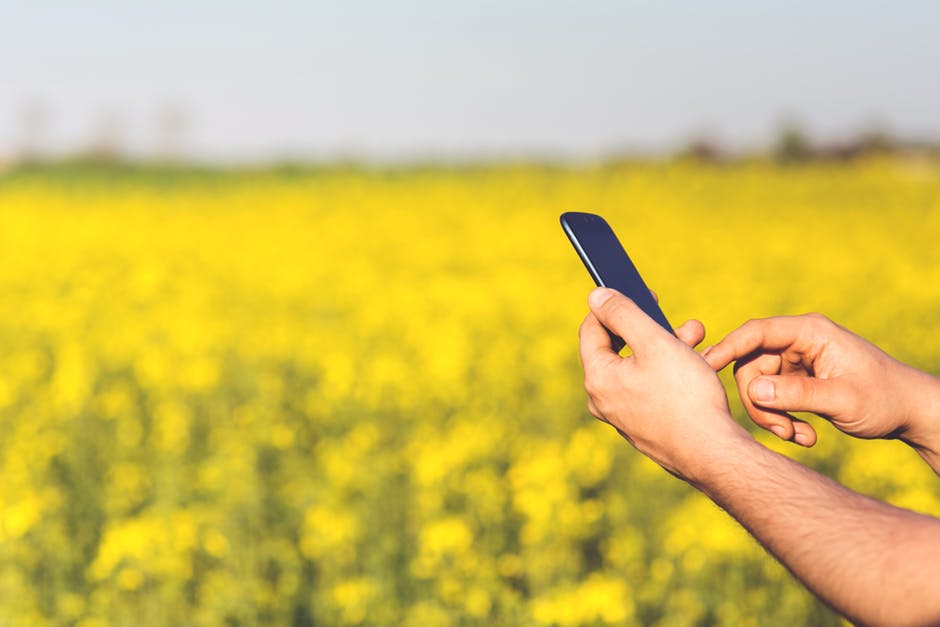