Turning Desert into Farmland: The How & Why 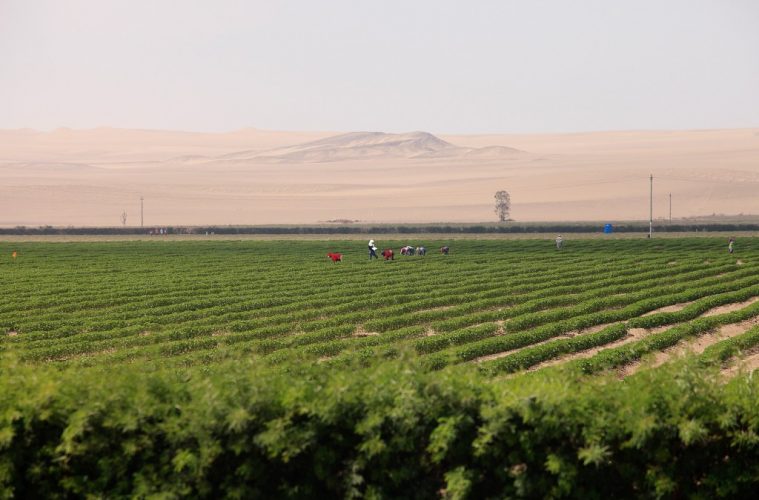 It sounds an ambitious plan, to turn barren desert into fertile farming land to cultivate and feed the world. As much of a mission to turn water into wine right?

However it is not so ambitious, with a number of countries not only attempting to achieve such miracles, but nailing it in the process.

Desert farming is the process to ”green” deserts and transform the barren areas that consume most of the landscape into productive farms and fields.

With water being the easiest way to make a desert bloom, desert farming generally relies on irrigation. Techniques such as drip irrigation is one way to reduce the overall water demand, while choice of what crops to grow can also impact on the success of desert farming.

For desert farming to be a sustainable agriculture option, the industry must remain profitable to exist. Regions such as Africa and the Middle East have already established desert agriculture and desert agroforestry as their mainstream agricultural technique.

By incorporating the two agricultural techniques; desert agriculture as the farming of crops well-suited for arid conditions, such as sorghum and desert agroforestry in the growing of crops with the environmental support of trees in desert or arid areas, countries can enjoy an increase in food and profitability.

Who does it well

Food security is a major concern for our rapidly growing planet. As resources dwindle and the population rises, smart solutions for better agriculture is essential. Israel has contributed more breakthroughs in this area than any other country.

Israel has not only been finding miraculous ways to green their own desert but have shared their discoveries far and wide through channels including MASHAV, Israel’s Agency for International Development Cooperation at the Ministry of Foreign Affairs.

The American Society for Horticultural Sciences recently called Israel’s automated desert agriculture technology “one of the most significant advances in food production in the past 100 years.”

Drip irrigation is probably the most significant advancement. While the concept of drip irrigation existed well before, it was revolutionized by Israeli water engineer Simcha Blass, who discovered that a slow and balanced drip led to remarkable growth. 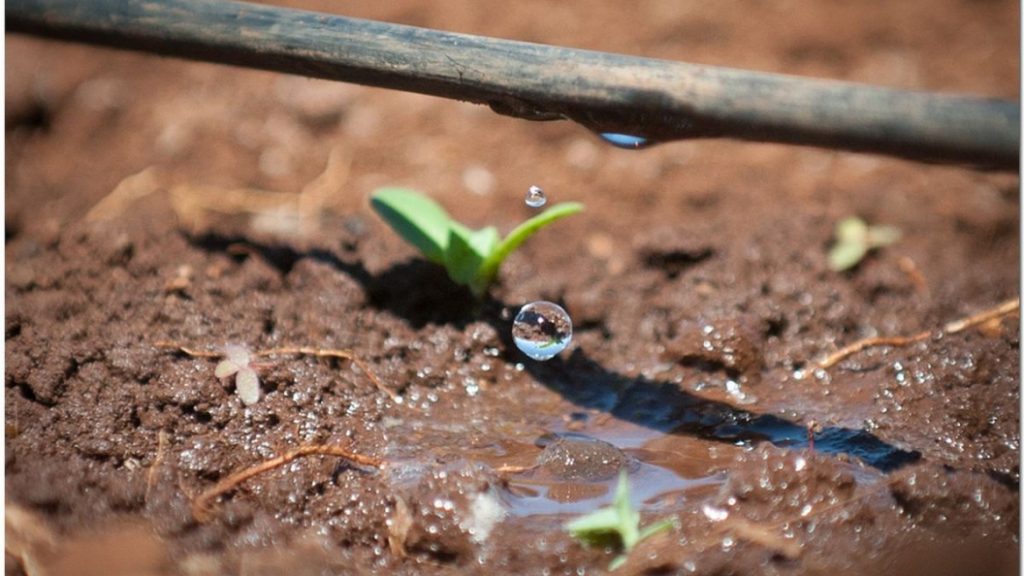 The ability to squeeze every drop of water from the air has also been harnessed by Israeli company Tal-Ya Water Technologies. Reusable plastic trays were developed to collect dew from the air, reducing the water needed by crops or trees by up to 50%.

Made from non-PET recycled and recyclable plastic, the square serrated trays with UV filters and a limestone additive, surround each plant or tree. As temperatures change throughout the day and night, dew forms on both surfaces of the Tal-Ya tray, which funnels the dew and condensation straight to the roots.

Brackish water agriculture is another area where Israel has excelled in. Normally, brackish water is not used in irrigation due to its salt content. However, research has revealed a variety of crops can survive the brackish water (absorbing everything but the salt). In fact, aragan trees, prized for its oil, have been successfully cultivated in Israel.

Why it is worth it

By 2050 rising populations will see a 50% increase in food demand. Throw climate change, the severity of catastrophic weather events and water scarcity into the mix and the world faces a bleak future. Existing farming practices are unsustainable.

We need to look at alternative ways to create energy and to produce food. That’s no longer a preferred option but a necessity.

Today’s agricultural processes demand huge amounts of energy and extract vast quantities of dwindling water from the earth. Even worse, they are dramatically impacted by bad weather and disease, so prices fluctuate wildly.

Up to 80% of the planet’s scarce fresh water is used for agriculture, so to develop a food production that uses none at all is nothing short of miraculous. Growing food in a desert, especially in a period of sustained drought, is a pretty counterintuitive idea.

Giving it a go down under

Australia is roughly 7,700,000 km2, with deserts making up about 18% of the continent. A full 35% of Australia receives so little rainfall, it is classified as desert while 70% of the country is classified as arid or semi-arid, (which means it gets less than 500 mm of rain a year).

Some two thirds of Australia’s land is currently used for farming, 90% of that being dedicated to grazing or native pastures which are largely across arid landscapes. Australia could replicate the successful agricultural technology from other countries and utilize every inch of land outside national parks for agriculture. So why is Australia not taking full advantage of desert farming?

While all this space means the ability to produce more, the oppression of distance, means that transport costs are high. This makes the return on investment low, making it less than attractive.

Australia is an arid land, and large parts of it are lacking in water. There have been schemes to improve on that, including back-canals between some of the major rivers on the eastern seaboard and the possibility of an ocean to Lake Eyre canal. However, even if these did take off, they would only service a small section of the country. Therefore, Australia would need to invest in the automated desert agriculture technology like that developed in Israel.

There is limited workable soil in these regional parts of Australia. The south is mostly dry and sandy and doesn’t hold water or nutrients well. The north is known for the dust, which when wet becomes a clinging mud.

Attracting good, competent and qualified people to remote locations is hard, particularly when there is a lack of services. No farm is workable unless there are people there to do so.

While these are challenges Australia faces, these obstacles can be overcome. Just ask Sundrop Farms, who have tackled these challenges head on.

Three hours out of Adelaide in Port Augusta, and the landscape is far from desirable for farming. Brackish seawater seeps up through the arid soil, while the extreme heat beats down on the scubby desert.

This is where Sundrop have pulled off the ultimate something-from-nothing agricultural feat. Using the sun to desalinate seawater for irrigation and to heat and cool greenhouses as required, and therefore cheaply growing high-quality, pesticide-free vegetables year-round in commercial quantities.

So far, the company has been successful in proving desert farming in Australia is possible. It is farming of the future, a hi-tech, capital-intensive system growing food sustainably and cleanly for the masses, all in an environment where annual rainfall is less than 250mm.

Ultimately today’s agricultural methods are not sustainable for producers, consumers or for the planet. The world needs a revolution. Could it have already begun in desert farming? 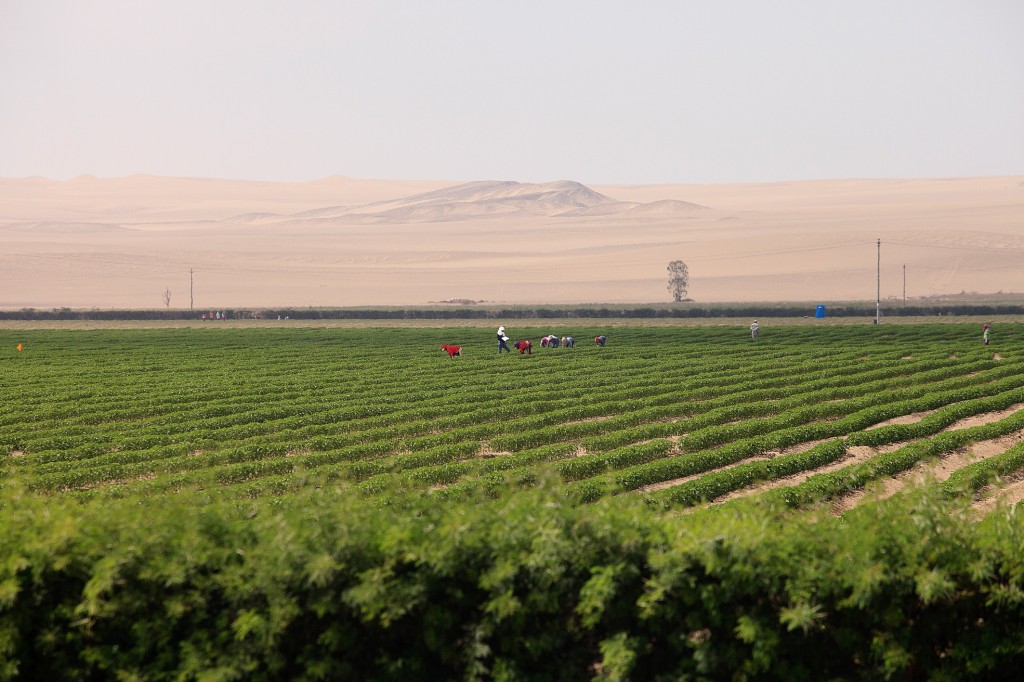 Article Name
Turning Desert into Farmland: The How and Why
Description
It sounds ambitious to turn barren desert into fertile farming land to cultivate and feed the world, and yet it's been proven beyond a drought... er, doubt.
Author
Kate Webster
Publisher Name
Machines4U
Publisher Logo