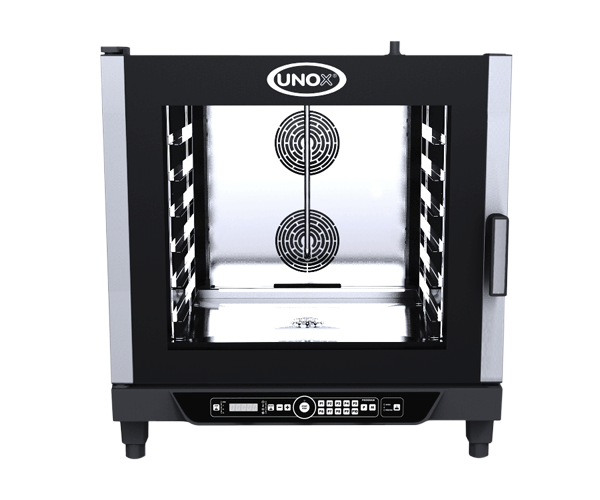 The success of commercial cookers in recent years is almost second to none when it comes to catering and food servicing equipment. Its ability to perform a wide range of cooking processes such as roasting, grilling, poaching, and baking with mouthwatering results helped not only its operators, but the whole industry as well in uncovering new and innovative ways to use today’s cutting-edge technology in creating, even more, ways to prepare our beloved meals.

In addition, the commercial ovens have also featured a lot of different design elements which either gave the chefs and equipment owners more space to operate or more ways to prepare food. In our latest review, we’ll be featuring a machine from the steadily growing commercial oven market, so that we can all have better idea regarding what it takes for a kitchen equipment to meet the current demands of its users. Here’s an in depth look and the pros and cons of the Unox Bakerlux XB695 Commercial Oven.

When I first saw the Unox Bakerlux from the Wagga Catering Equipment website, what initially caught my attention was actually the classy and sophisticated look of the oven. While other will understandably have that last on their priority list, I thought the manufacturer did a great job of giving the oven a clean and fresh look from the surface. More importantly, the impressive design actually extends beyond the exterior, as the Bakerlux was made using quality components that sets the equipment ready for the daily grind in the kitchen.

The Bakerlux’s state of the art dynamic digital control panel, which was devised for the bread and patisserie departments of large scale retailers and for bakers and patissiers, gives the operator direct access to 10 of the 99 programs that can be saved and repeated as many times as needed. Furthermore, these controls have been nicely arranged ergonomically to be easily identifiable and accessible inside the busy kitchen.

More on the software capabilities of the kitchen equipment, Unox’s commercial oven’s system allows every program to have preheating and up to three cooking steps, which are then clearly shown with LED lights. In addition and most importantly, aside from controlling the time and temperature of the cooking process, the user can also manage the introduction of humidity with the STEAM plus button.

Summing up, the Unox Bakerlux XB695 Commercial Oven showcased a good combination of looks and performance, making it one of the most exciting commercial ovens out there. The control panel was very easy to operate, too, and the programming seems exceptional and could be very useful for commercial kitchens and catering services. In terms of design, the manufacturer was able to give the commercial oven a nice fresh look that actually slightly separates it from some of its average peers in the market. Overall, I see the Unox Bakerlux XB695 Commercial Oven that has a great promise to do well in the market, and as a long term companion for commercial kitchen services and businesses.