The US has a Whole New Kind of Beef with China 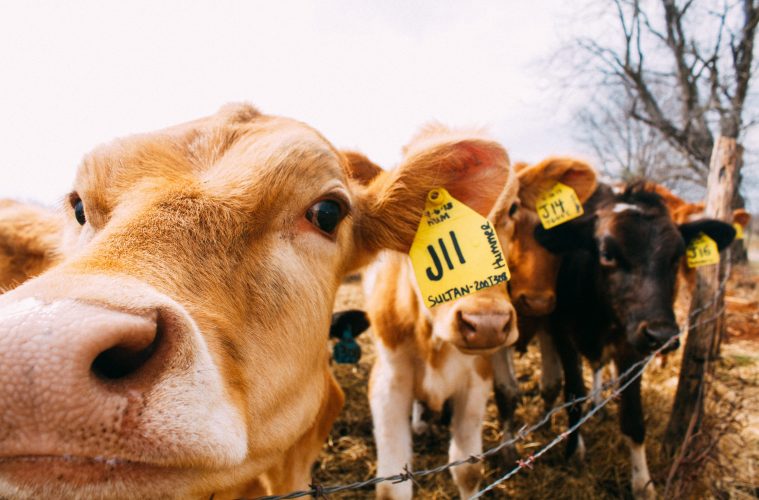 Many Australians watch president Trump’s dealings with a detached sort of interest; aware that some effects are likely to trickle our way but not overly concerned about them. However, as he digs his fingers into more and more policies, industries, and international agreements, this sentiment is up for appraisal. Our bemusement may turn to outright rage as his distant actions have resounding impacts on the state of our nation.

The media—and, by extension, the rest of us—may be in awe at the US president’s withdrawal from the Paris Accord. But this is not his only recent move to have a massive international impact. On the 11th of May 2017, the Trump administration announced a settlement with China on a number of key trade issues. The agreement was made during the April summit between Presidents Trump and Xi Jinping held at Trump’s Mar-a-Lago estate in Florida. With a pre-existing imbalance (to the tune of $470 billion) in the trade accords between the two nations, Trump’s focus was on gaining ground for the US. And the resulting agreement is certainly weighted strongly in America’s favour, including the release of a complete ban China had placed on US beef imports after a mad cow outbreak in 2003.

In an interesting convergence of time and policy, these trade changes, which are set to benefit the US, were announced in the same month as Trump’s withdrawal from the Paris Accord which will be of great benefit to China. A noteworthy coincidence, but back to the beef…

US beef exports to China are planned to recommence no later than the 16th of July, 2017. China has made promises like this twice in the past but sidestepped their commitment, offering excuses about regulatory setbacks. With a $2.6 billion beef export market at stake, it was clearly worth Trump’s while to give China whatever it wanted to clear these ‘regulatory issues’.

This is certainly a boon for America’s agricultural industry and for the nation as a whole. President of America’s National Cattlemen’s Beef Association, Craig Uden, explained:

“After being locked out of the world’s largest market for 13 years, we strongly welcome the announcement that an agreement has been made to restore US beef exports to China. It’s impossible to overstate how beneficial this will be for America’s cattle producers, and the Trump Administration deserves a lot of credit for getting this achieved. We look forward to providing nearly 1.4 billion new customers in China with the same safe and delicious U.S. beef that we feed our families.”

Is this going to steal market-share away from Australia?

According to Meat and Livestock Australia (MLA), our nation is the largest beef exporter in the world. In 2015 alone, we exported 1.29 million tonnes for a value of around $9.3 billion. And the total value of Aussie farm exports (not just beef) is anticipated to hit a record $48.7 billion in 2017.

With the mining industry fading in the wake of the last big boom, farming has been growing to take its place. The opposite trajectories of these industries have finally converged and, for the first time in ten years, Australia’s economic growth is now more driven by agriculture, fisheries and forestry than mining. The role of beef in this growth has been substantial. 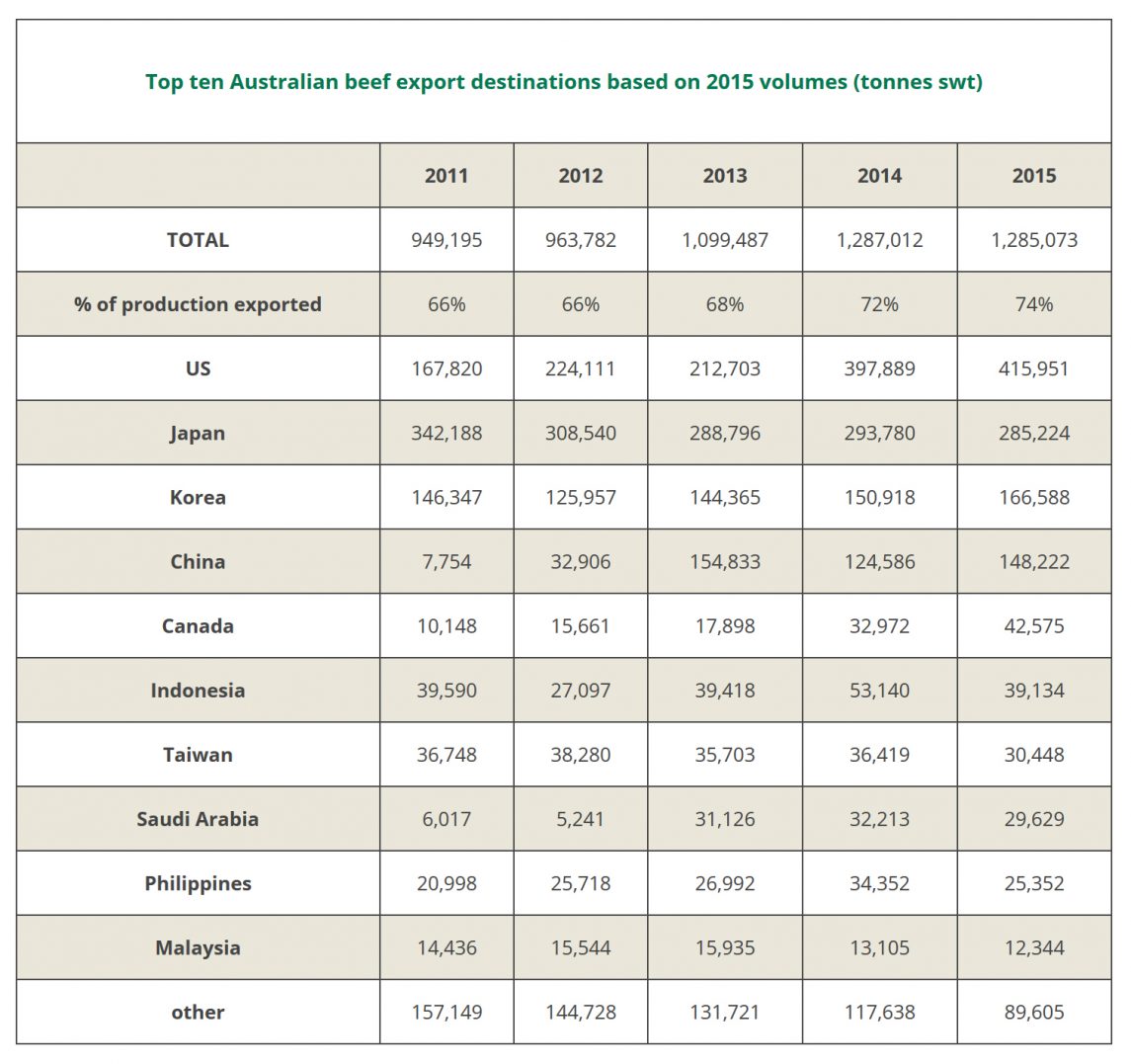 MLA’s figures show China accounted for around 12% of our total beef exports for 2015. While there will still be a market for Australian beef, China’s new trade deal with the US will intensify competition in one of our biggest markets.

In March, about a month before the agreement with Trump, Chinese premiere, Li Keqiang, visited Australia with the intention of strengthening trade ties (among other things). Beef was high on the agenda with an agreement made to add another $400 million a year in exports to China.

At this stage, we won’t know until the 16th of July whether China will make good on its commitment to the US. And from there, it remains to be seen whether this will affect China’s agreement on Australian beef exports specifically, and our share of their market in general. 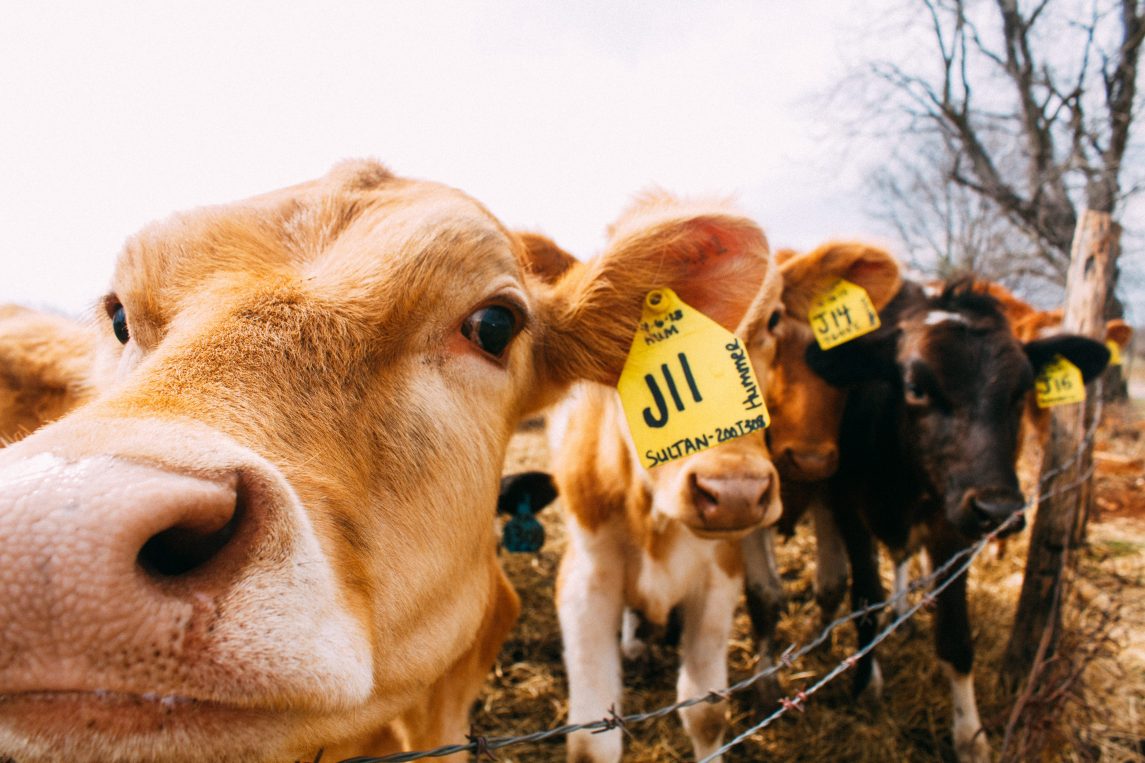 Article Name
The US has a Whole New Kind of Beef with China
Description
While there will still be a market for Australian beef, China's new trade deal with the US will intensify competition in one of our biggest markets.
Author
Krystle Richardson
Publisher Name
Machines4U
Publisher Logo