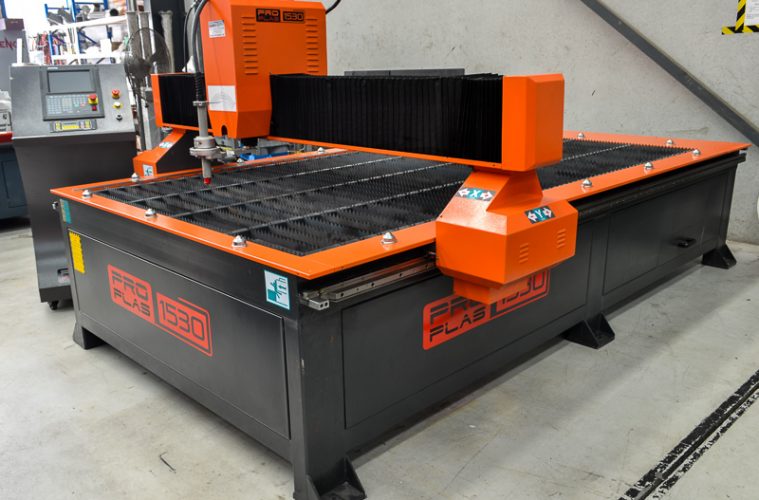 Plasma cutting is one of the most common ways manufacturers cut thick metal. But, while it’s a common technique in the metalworking industry, many people may not know exactly what plasma cutters are, or how they work.

In this article, we’re going to cover the basics of plasma cutting, what you can cut, and where the process excels.

How Does Plasma Cutting Work? 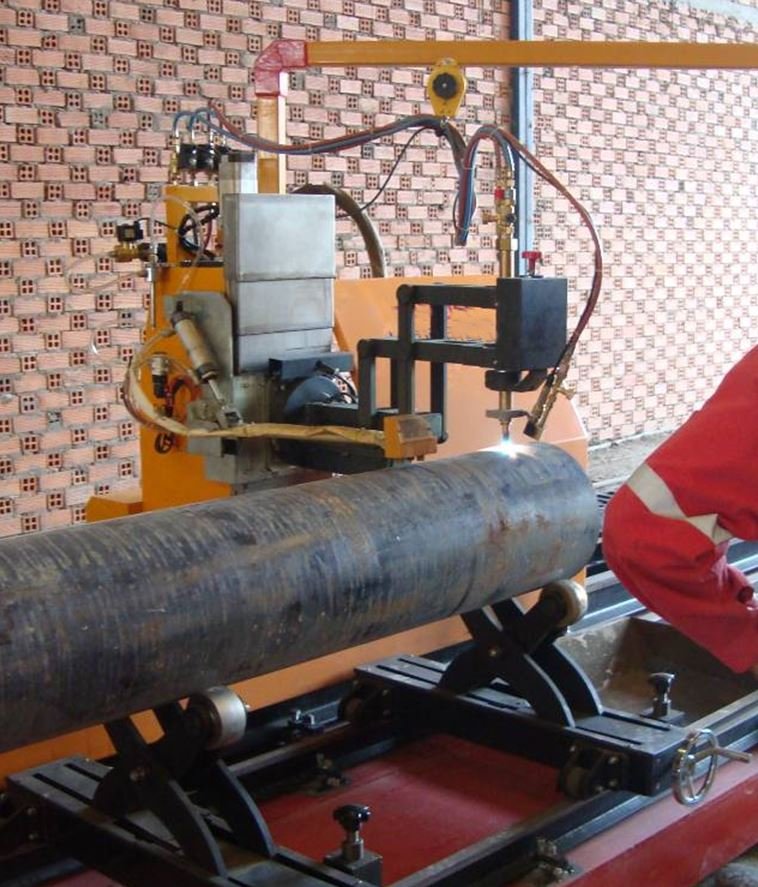 The basics of plasma cutting are relatively simple. The plasma cutter creates an electrical channel of superheated gas (plasma), which then cleanly cuts through the metal.

The compressed gas, air or water, also blows the molten metal away from the cutting area, leaving the piece clean once the plasma has cut through it. This is generally considered the conventional method for cooling and blowing away molten metal, but there are other methods, each with their own benefits.

Water Cooled: This is one of, if not the, most conventional plasma cutting methods. These cutters make use of gas to push and create the high temperature plasma for cutting, while making use of water to cool.

Air Plasma: Very similar to water-cooled plasma cutters, air plasma cutters make use of compressed air for their cooling. This method is primarily used for portable or handheld plasma cutters where other methods aren’t as practical.

Dual Gas: Dual gas plasma cutting is again, very similar to conventional methods. But, rather than air or water acting as a coolant or shroud, they use a secondary gas. This gas can vary depending on the metal you’re cutting. This method does have a few benefits over conventional plasma cutting though, with higher cutting speeds and reduced risk of ‘double arcing’.

Water Shroud: Water shrouding is similar to water injection, however the water is used to create a shroud around the plasma, rather than intensifying the heat. The water shroud helps to reduce fumes and noise levels, while also improving nozzle life. As an added bonus, this method is also viable for workpieces submerged up to 75mm below water level.

High Tolerance Plasma: High tolerance plasma cutters operate by forcing the plasma to swirl as it is injected into the nozzle, it’s also usually combined with a secondary flow of gas to ensure it maintains the rotation. This method improves the cut quality of the plasma, raising it above most traditional plasma cutters to almost the same level as laser cutters. However, high tolerance plasma cutting is generally slower than either of these methods, sometimes up to 80% slower than laser cutting.

Why Use Plasma Cutting? 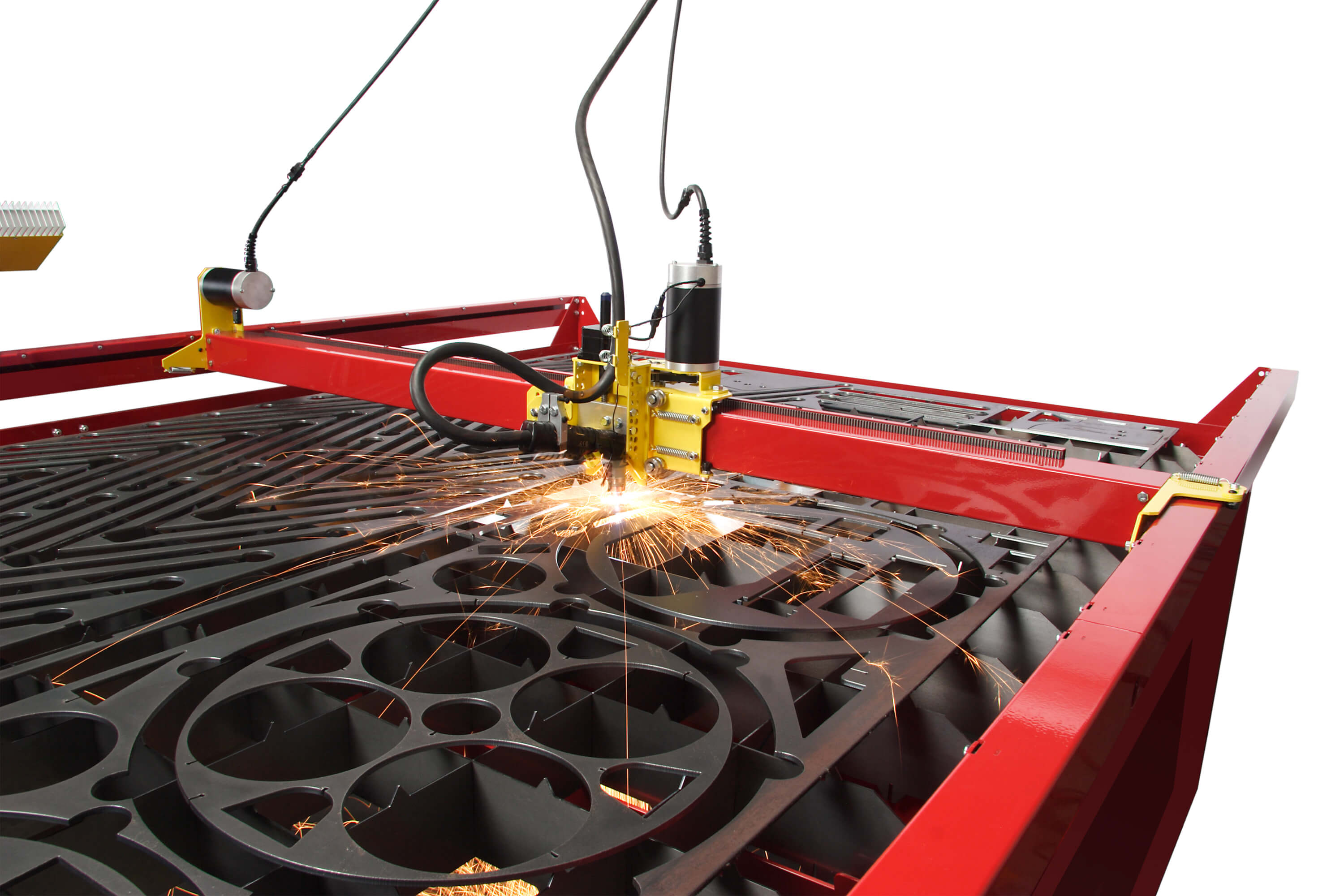 While plasma cutting has been around longer than laser cutting, it’s not always the best choice for your needs. There are various differences that will determine which one is best for your business.

The major benefits of plasma cutting are the price and simplicity. Plasma cutters are generally cheaper upfront compared to laser cutters. This makes them a great choice for start-ups or for cash-strapped businesses.

On top of being cheaper upfront, they are also simple in their use. And what we mean is that they have very simple, clearly defined roles. Plasma cutters excel in cutting through metal—only metal. While this can limit their use, it also helps them to excel in that specific field.

Of course, there are a few drawbacks to plasma cutting. The major ones being that they can’t cut through materials other than metal, and they can’t create finer details like laser can.

Should You Use Laser or Plasma Cutting? 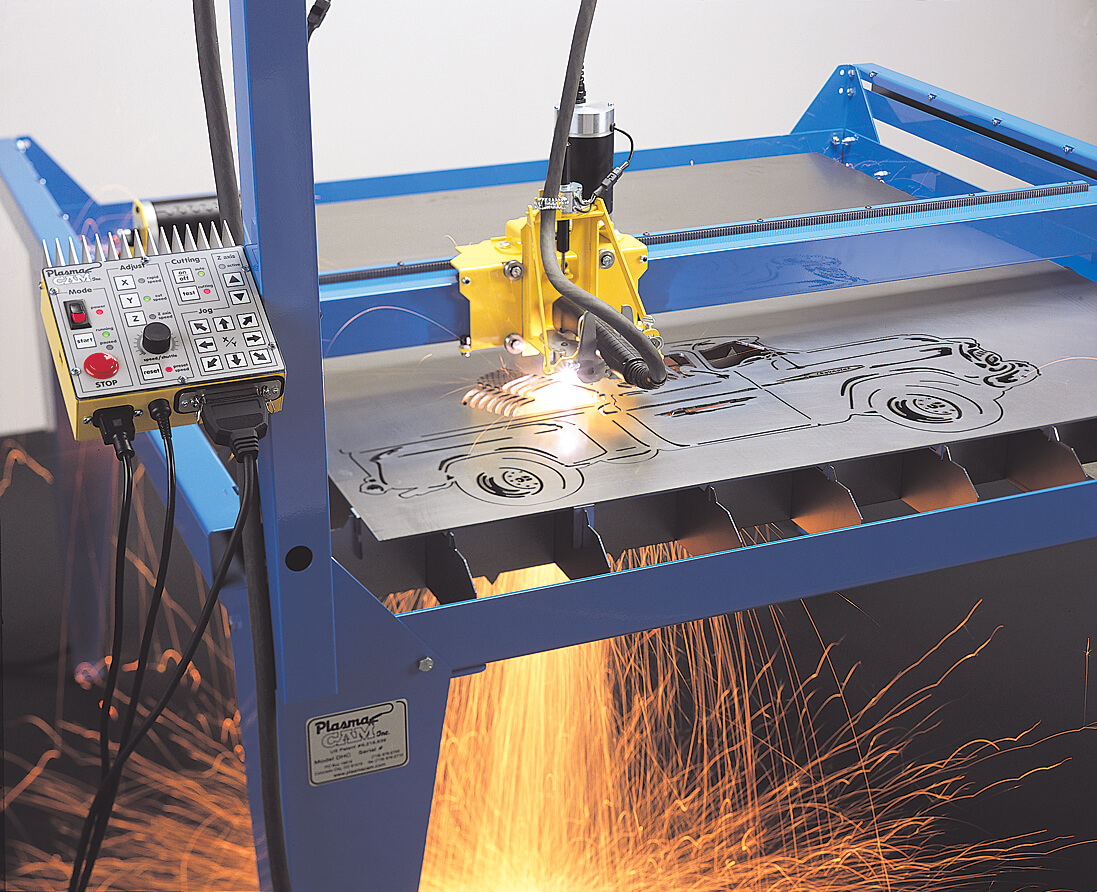 On the other hand, if you’re in need of a machine capable of finer detail and mass production at a quick rate, then laser cutting is probably a better choice. Laser cutters can cut through other materials, like leather, wood and glass, and can also engrave and mark as well.

Plasma cutting is an ideal method for cutting through thick sheets of metal. It’s affordable, and with CAD/CAM integration available, plasma cutters are a great way for businesses to efficiently create metal products of all shapes and sizes.

If you’re looking to buy a new plasma cutter, browse through our new and used plasma cutter listings to see what’s available.