Are Robots Set to Take Over the Catering & Food Service Industry? 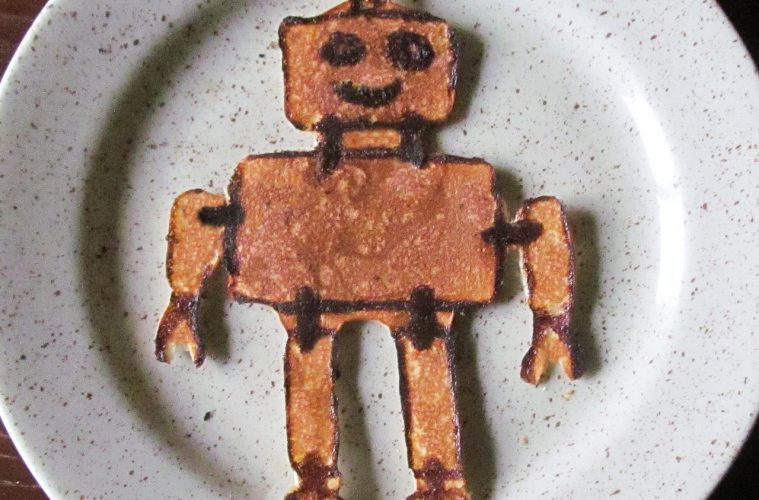 As any Terminator fan will know, it is only a matter of time until the Rise of the Machines is upon us, and we’re all being dispatched by deadly robots hell-bent on our destruction.

While it may seem fantastical, the advance of autonomous machinery is very real threat to the jobs of many. As technological development sees many roles being handed over to robots, how are corporations and governments ensuring that their workforce still have…well, work?! First, let’s take a look at the pros and cons for the advance of automation.

Driverless forklifts, CNC machines and robotic baristas are all a reality for business these days. We are only a matter of time away from driverless cars and trucks becoming the norm, it would seem. Although there are still some reservations among the general population, automated machinery and processes are well and truly revolutionising many businesses already; and for very good reason. Robots provide the following benefits and more.

Moving humans away from repetitive, mundane tasks and allowing machines to take over these activities means that the man-power can be moved to more dynamic, higher-level roles. Robots (such as driverless forklifts) can operate in smaller spaces, meaning that overheads are reduced.

Machines can work quickly, and around the clock. This has obvious benefits for production. Robots are also able to complete repetitive and fatigue-inducing tasks without breaks, without errors and without exhaustion.

Where repetitive tasks are involved, robotics can ensure consistent, high-quality results. More intricate, bespoke tasks on the other hand can be performed to minute detail, with incredible accuracy.

With the accuracy and efficiency of robotics, so follows the health and safety benefits that come with not having humans on the floor, making mistakes and cutting off their fingers. Then there’s dangerous and non-human-friendly operating conditions. Robots can work in hazardous environments (such as at extreme temperatures) which men and women would be unable to operate in.

Robots have already taken over a number of previously man-driven jobs, such as those in manufacturing, which has led to a decline in certain blue-collar job opportunities.  This topic is debatable however, as it is also suggested that automating menial tasks opens up opportunities for jobs in other areas; not to mention that more profitable companies tend to expand, and therefore increase their workforce.

Robots are not quite as good at dealing with change, or unexpected errors. People are still required for tasks which require a level of ingenuity and adaptability. Not to mention teaching and healthcare jobs. Until Skynet takes over and becomes self-aware that is…

While robots may result in increased productivity and efficiency, buying and implementing them into existing operations can be costly. For many businesses, this kind of technology is still financially out of reach.

What does this mean for catering and food service?

A report by PWC suggests that food service and hospitality jobs are among the most at-risk by the advance of robots, with up to 25% set to be automated by 2030. As is much the case across all sectors, the lowest paid and least educated workers stand to be most at risk. Jobs which require high-level thinking, interaction and problem-solving are less likely to be affected.

Already, there are start-ups such as Café X installing robotic baristas in Hong Kong and San Francisco. Reportedly brewing a fine cup of espresso, the novel (and yet a tad excessive?) concept is touted as the next big thing in the coffee industry. 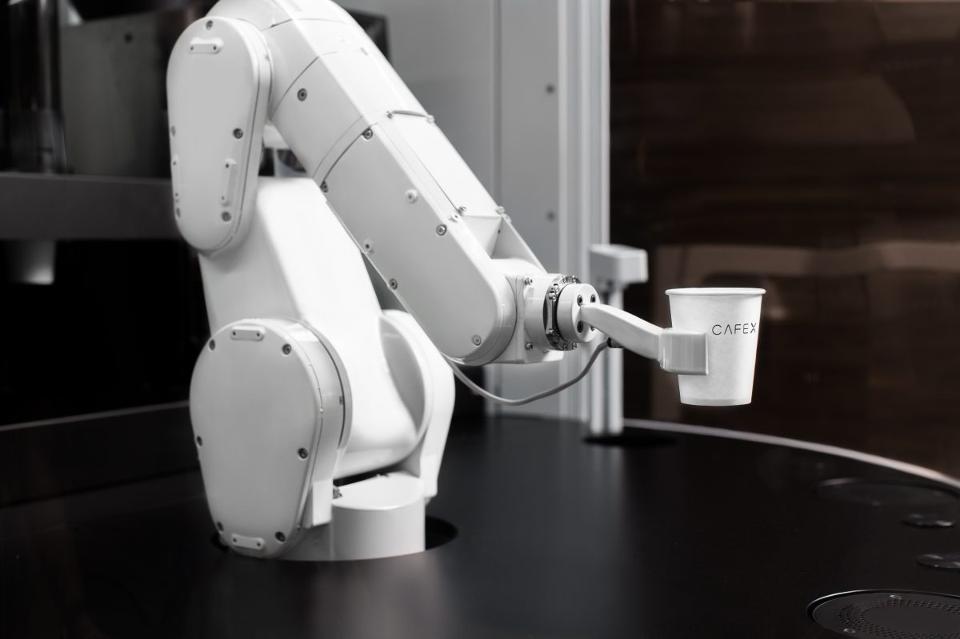 According to The West Australian, robots are also beginning to take over jobs in the catering and food service industries in locations such as hospitals. Their ‘fully traceable’ food safety protocols, and automated delivery are providing assurances to safety and efficiency which are hard to overlook.

The 18 ‘bots roaming the Fiona Stanley hospital in Western Australia can deliver 2,200 meals a day and even catch a ride in a lift on their lonesome!

“They can interrogate the hospital systems by wi-fi to call a lift and program it to take their trolley to the right floor and deliver food across the campus,” says soft services manager, Breffni Doyle.

While phrases like ‘interrogate the hospital systems’ is a damn creepy way to put it, there’s no denying that this technology is mightily cool, and extremely beneficial to the organisations who employ it.

While proponents of the technology like to wax lyrical about the potential for robots to create rather than remove jobs, it is clear that reducing (human) workforce sizes is an immediate consequence. And how can businesses resist? Labour is one of the most substantial costs for any operation, and saving on these costs is an irresistible proposition. It is hoped that these technological advances and their subsequent costs savings will allow businesses to expand their operations, and therefore employ more flesh-and-blood workers. It would seem that, so far, we are yet to see this chain reaction.

A shift in education at a school and university level, to prepare our future workforce for the changing employment landscape is most definitely a key component of a successful evolution into an automated world. So too, is a guaranteed minimum wage, when the ‘bots eventually take all of our jobs. But that’s another story… 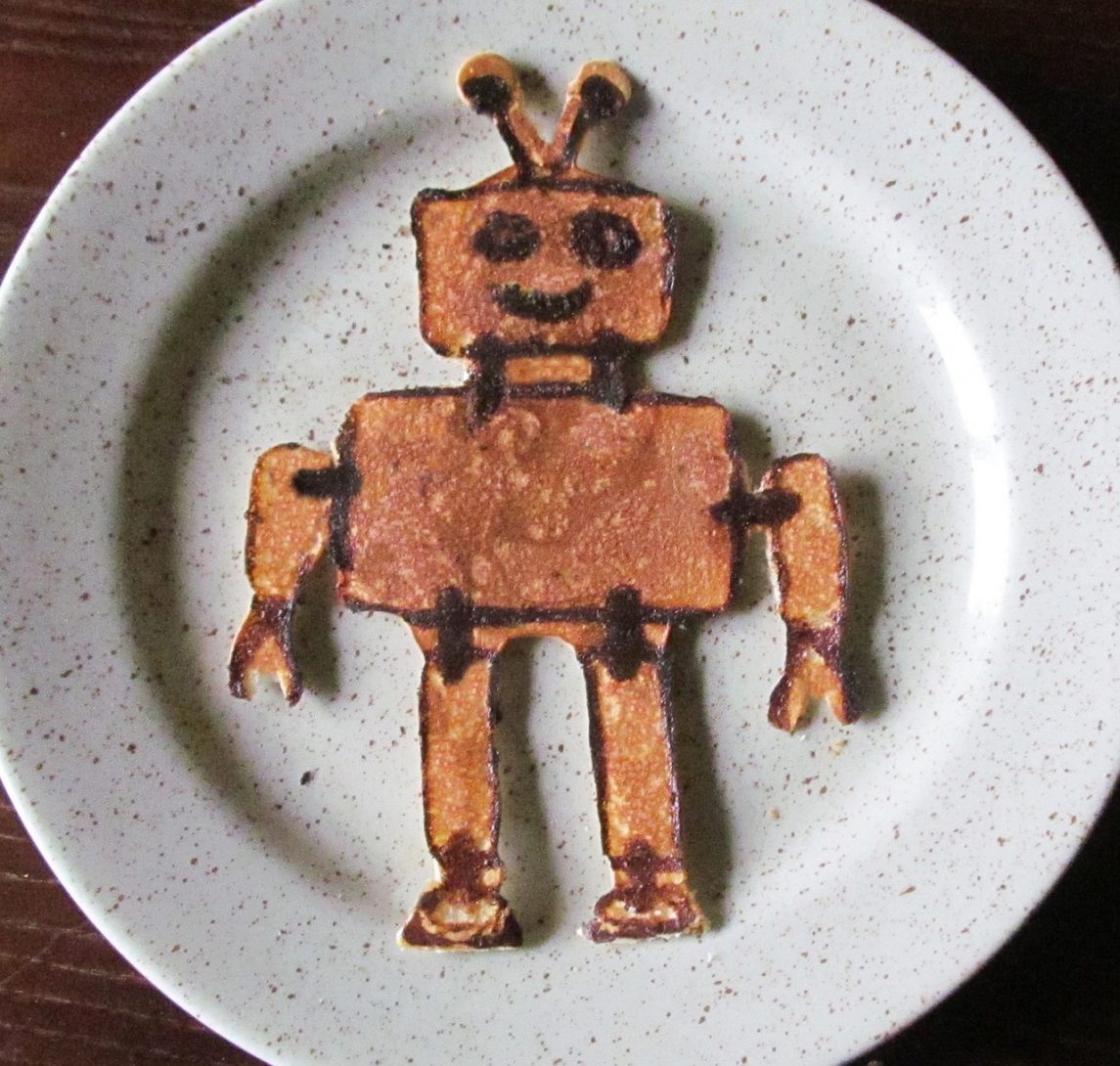 Article Name
Are Robots Set to Take Over the Catering & Food Service Industry?
Description
It is estimated that robots could take up to 38% of US jobs in the next 15 years or so. What does this mean for the catering and food service industries?
Author
Maggie Harris
Publisher Name
Machines4u
Publisher Logo