Automation on Steroids: Industry 4.0 and what it means for Australian Manufacturers 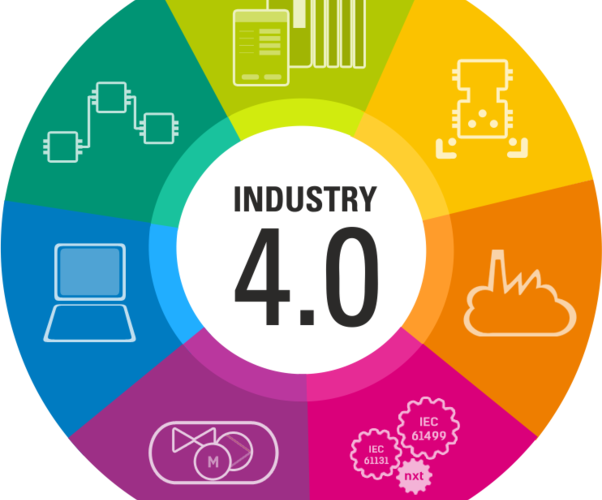 Trust those industrious Germans to coin the term for manufacturing’s fourth industrial revolution. Industry 4.0 signals the rapid advance from automated manufacturing, to full-blow, science fiction-esque, artificial intelligence. Is this latest revolution a cause for celebration or a harbinger of Orwellian dystopia? And what exactly does it mean for manufacturing?

Concocted by the German government, during their devising of a high-tech project to encourage computerisation within manufacturing, Industry 4.0 is now a term used throughout the industrial world. Heralding an imminent shift within the industry, from the already largely automation-driven to the artificially intelligent, Industry 4.0 is a dream come true for sci-fi nerds and multi-million (or billion) dollar manufacturing organisations alike. With seemingly endless possibilities for increased outputs, decreased wastage—and let’s be honest, a severely downsized human workforce—manufacturers are set to make huge gains. While the concept is huge and fairly vague, depending on who you ask, there are a few key factors which are driving the movement:

“We define Industry 4.0 as the next phase in the digitization of the manufacturing sector, driven by four disruptions: the astonishing rise in data volumes, computational power, and connectivity, especially new low-power wide-area networks; the emergence of analytics and business-intelligence capabilities; new forms of human-machine interaction such as touch interfaces and augmented-reality systems; and improvements in transferring digital instructions to the physical world, such as advanced robotics and 3-D printing.”

For the uninitiated, here’s a rundown on the previous industrial revolutions:

Prior to the first industrial revolution, many societies operated on an agrarian landscape, where things were still grown and made by hand. As the world’s population grew, and feeding/housing/clothing the masses became a bit of a nightmare, in stepped the first industrial revolution. In the wee hours of the dawning of the 19th century, machines began to take over some of the jobs previously reserved for humans, and we saw the advance of steam power.

In the years that followed, factories began to pop up all over the place. The assembly line was introduced, and while machines did a lot of the work, this development saw the introduction of the ‘factory worker’ (without which, we’d never have experienced the comic genius of Laverne & Shirley. And for this, we thank Henry Ford.) Equipping the population with mass-produced bedding, clothing, diesel engines and the ‘made in China’ sticker, this second industrial revolution created millions of jobs, and took manufacturing to a truly commercial scale.

Much more recently, we saw the birth of the third industrial revolution in what has been called the digital age. Computers went from city block-sized monstrosities to household staples, and we now carry tiny, indispensable gadgets in our pockets which we can yell at, and receive directions to Maccas in return. Amazing.

Automated manufacturing assists the industry to maintain efficiency, and reduce wastage and errors. From robotic production lines, with minimal human contingent, to driverless forklifts and CNC machines—technology is opening up possibilities for production, in a similar method to industrial revolution. By reducing the human error contingent, and increasing capacity, automated machinery gets things done quicker, safer and more accurately.

Robotics in aerospace alone are worth USD$1.8 billion per year, and the industry is set to grow to 5.4 by 2022.

“The market is mainly driven by factors, such as increase in the use of robots for efficient aircraft production processes and growing use of robotics to handle aircraft orders backlog. However, lack of skilled robot operators may restrain the growth of this market.”

“We define industrial automation as the use of control systems and software to independently operate and monitor a mechanized system of industrial processes. We divide the market into two distinct forms of automation; Factory, or Discrete, Automation ($72bn market globally) and Process Automation ($83bn market globally). Key end markets for Factory Automation include Automotive and Packaging, and for Process Automation include Pharmaceutical and Oil & Gas. Demand is broad-based across all major geographies.”

The same report outlines the huge growth that some sectors have enjoyed, as a result of automation, however, highlights the reluctance of some manufacturers to invest further in advanced technology because of perceived upcoming market slowing. Threats from emerging markets such as China and Japan seem to be of most concern.

“In emerging markets (which account for 50% of global manufacturing output), there are only 7 industrial robots per 10,000 manufacturing employees (‘robot density’), against 149 for the developed markets. The largest future growth opportunity for investment exists in Non-Japan Asia, which currently accounts for 35% of the world’s manufacturing output, but only has a robot density of 11.”

Rather than employing dozens, or even hundreds of workers to run a factory non-stop around the clock, automation allows production to run 24/7. Robots don’t get tired, and also don’t work slowly and more sloppily with fatigue. They don’t take holidays and they don’t require HR departments to mediate disputes. Automation means that production capacity is increased exponentially.

Automation reduces errors and wastage, which human beings have a hard time doing. Creating accurate, infinitely reproducible products is a huge advantage of the automation revolution, which the second industrial revolution took great advantage of. As the technology increases, and its applications expand, manufacturers are afforded the ability to maintain quality while increasing productivity.

CNC machining and similar computer-driven manufacturing technologies allow firms to create a huge range of products with the mere update of programming. Creating custom orders, or jumping onto a new product trend are more affordable than ever, and no longer involve large minimum order quantities in order to be profitable. While there are 7.5 billion humanoids to feed, they don’t all want to be seen wearing the same pair of Nikes, after all.

The Internet of Things (IoT) puts your forklift in touch with your orders spreadsheet, and your delivery driver—allowing for real-time reporting, lightning-fast adjustments and enhanced issue resolution capacity. Automation assists businesses in making fast, informed decisions, and ultimately adds to the efficiency of operations.

Just as robots and computers don’t take sick days, they don’t tend to cut off their digits either. Dangerous jobs and hazardous environments are the perfect place for bots to take over from the human workforce, and has huge potential to increase (you guessed it) efficiency. Robots can operate in extreme climates, lift incredible weights, and have no difficulty with exposure. Removing people from these environments means removing the risk of injury from many manufacturing tasks.

The threat of missing out

Despite concerns about market trends, manufacturing still tends to take up technological advances with zeal. Any opportunity to save on wages, wastage and to increase production capacity can’t be ignored. The initial investment in the newest technology and the complexities of implementing it seem to be the biggest hurdles facing industries. However, as the age-old story goes, the more technology advances, the cheaper it gets.

One of the most technologically savvy of industries, perhaps surprisingly, is agriculture. The seemingly ‘traditional’ and ‘oldy-worldy’ nature of farming wouldn’t appear to lend itself to IoT and robotic operation. In fact, the agricultural sector is set to see shipments of robots rise from some 32,000 in 2016, to over 590,000 by the year 2024.

Worldwide population boom means that (again, harking back to the initial industrial revolution) we have more mouths to feed, more bodies to clothe and more heads to put a roof over. Manufacturing, as well as agriculture and construction industries need to increase their capacities to provide for these needs. While the emerging markets of China and the like are well aware of this boom and are quickly filling the gaps, our own manufacturers have an opportunity to pre-empt Industry 4.0 and take advantage of widespread skepticism about the new wave.

China, after all, was able to become the manufacturing powerhouse it is now by taking advantage of high western wage rates and therefore inflated manufacturing costs. Australian, American and European industries cried out ‘we cannot compete!’ while China simply rubbed their hands together and continued to pump out goods at an astonishing rate. Despite initial large investments, manufacturers have the opportunity to implement the next cheap workforce, in the form of automated machines and AI. If only they decide to get on board… 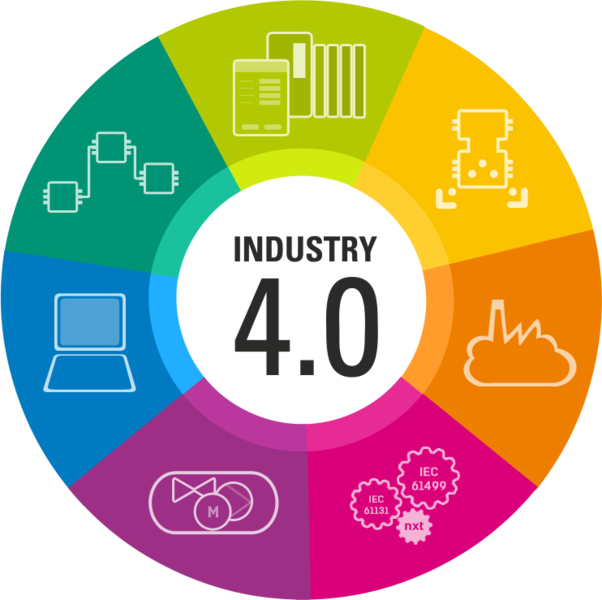 Article Name
Automation on Steroids: Industry 4.0 and what it means for Australian Manufacturers
Description
Industry 4.0: Is this latest revolution a cause for celebration or a harbinger of Orwellian dystopia? And what exactly does it mean for manufacturing?
Author
Maggie Harris
Publisher Name
Machines4u
Publisher Logo