The biggest bulldozer was once a trophy worth fighting for within the machinery industry. Companies were pouring assets into production lines to see who could create the biggest bulldozer without exceeding the means of practicality. And as the great bulldozer battle waged on, dozers on the front lines began to more closely resemble tanks than construction machines. On Australian farms, some actually were tanks.

Superdozers, as these monster bulldozers are collectively known, aren’t just culminations of mass steel and circuitry. They’re precise machines, with the best of them surpassing 1000hp and weighing more than 100 tonnes. The power of the machine is not crafted for speed but thrust, meaning these bulldozers will not be weighed down by their sheer enormity. 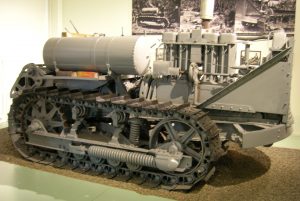 Similar to the armoured tanks deployed in The Great War, bulldozers were developed from early farm tractors that had utilized the Caterpillar track. These tractors were able to traverse soft and unstable ground while remaining capable of moving large loads. This meant their application was incredibly versatile across construction and agriculture industries.

Caterpillar were developing bulldozers as early as the 1920’s. Their Sixty model was able to nut out sixty horsepower while weighing in at less than ten tonnes. Primarily, this early model would move earth for roadwork and logging and remained a popular model until the 1930-1940’s. Fast forward to present day and Caterpillar are now producing the D11, the second largest production bulldozer and the biggest Cat dozer on the market.

While the D11 takes influence from its ancestor’s design, the machine is a titan compared to any other Cat dozer. It has a gross power output of 936hp and exceeds 100tonnes in operating weight, which poses the question, what type of work requires these colossal specs? Building tombs for giants? Tearing through pyramids? Burying to the centre of the earth?

Australian miners will know the answer.

Big bulldozers are perfect for shifting huge amounts of rock, dirt and soil in open or even relatively confined areas. The utility that makes the dozers perfect for mining quarries however, is their ripping ability. In mines where blasting is not allowed, the dozers will be fitted with long claws at the back of their chassis that will tear through rock surfaces, creating rubble that can be easily cleared and transported.

“The machine is particularly well suited to ripping applications, and has proved a vital tool where blasting is not permitted for various reasons, and where ripping is the only alternative.”David Laidlaw, Komatsu Australia’s mining product manager for bulldozers and excavators, at Komatsu.com.au

So What Is The World’s Largest Bulldozer?

By taking a look at the dozer data available on the web, there are two answers to this question. A simple answer rests in Komatsu’s D575A-3SD. A more accurate one however, involves a former president of Libya, a series of United Nations sanctions and a merciful Italian gardening company.

If perusing the D575A-3SD dozer photos makes you feel small, then consider the following. The most efficient scoop rate for a human shovelling is 15-scoops-per-minute, with the total weight of each scoop being about 5-7kg. At this pace it is recommended that the digger takes 15 minutes of break for each 15 minutes of work. This equates to about 1500 kg of dirt moved every hour for a competent digger.

The D575A-3SD is fitted with a 3.6m high and 7.4m wide blade that can push 90 cubic yards of material with each pass. When equipped with the optional blade, this increases to 125 cubic yards. The average cubic yard of dirt will weigh between 900-1250kg. You do the math.

Komatsu’s magnum opus has an operating weight of 153 tonnes and an 858kW engine that is capable of generating 1167hp and 1800rpm. The D575A-3SD is also equipped with a Powertrain electronic control system, an ergonomic cabin and reinforced undercarriage roller guards. The beast (when deconstructed) will also take 6-8 trucks just to transport it to another site.

However, the world’s largest production bulldozer does not hold the title of being the largest bulldozer in general. It’s that tidy word ‘production’ that allows Komatsu to claim it has created the biggest bulldozer, but the truth is, somewhere in rural Italy the true title holder is sitting in a gardening warehouse.

The Acco Super Bulldozer was developed by the Italian machinery company, Umberto ACCO, to travel to Libya and shape land development during the 1980’s. However Acco’s Super Bulldozer never quite found it’s way out of Europe. The titan was subject to UN imposed trade embargoes that had come into place following Muammar Gaddafi’s involvement in global terrorism. As such, the machine has stayed dormant. Acco’s superdozer is currently stored by an Italian gardening company that have housed the machine since the passing of the Umberto ACCO heirs.

In the great bulldozer fight, the Acco Super Bulldozer emerges victorious. Comprised mostly of Caterpillar parts, the machine has an operating weight of a staggering 183 tonnes. The machine also houses two 675hp engines with a total combined output of 1350hp. The total length of the machine is 12m and the ripper alone is 3m high. The Acco Super Bulldozer image featured below offers a little perspective on one of the largest machines ever made. 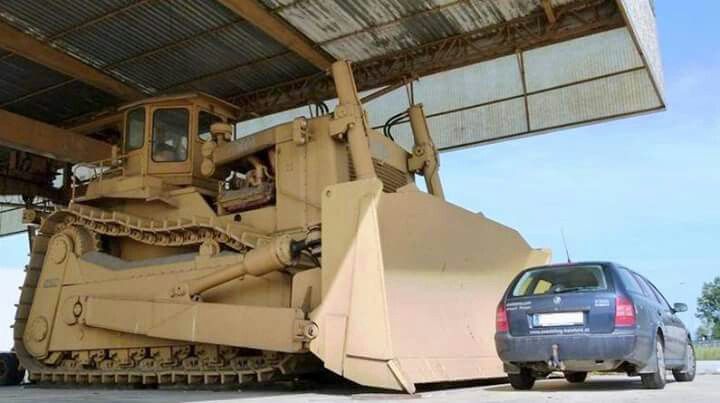 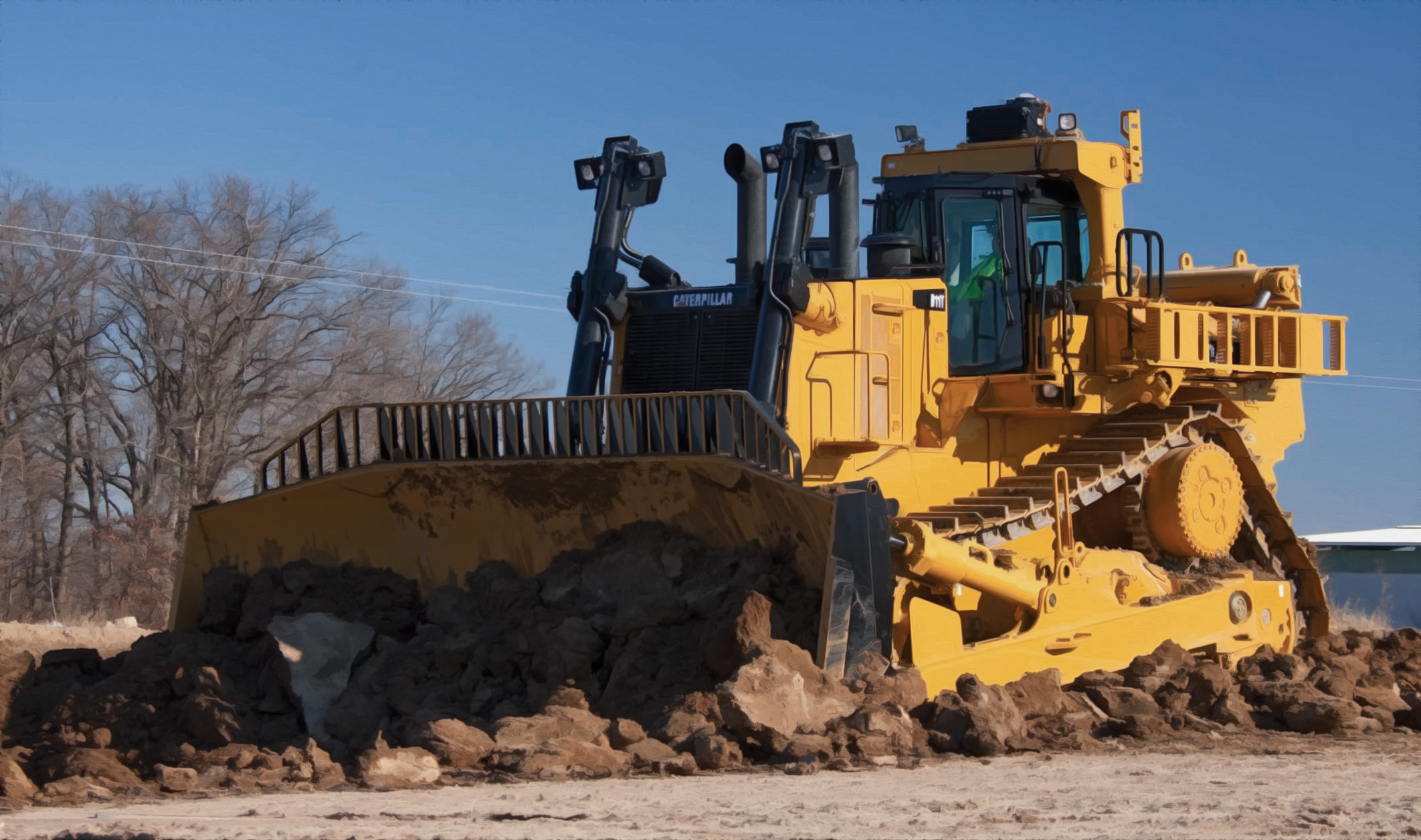