How You Can Help the World by Winning a Vintage Truck 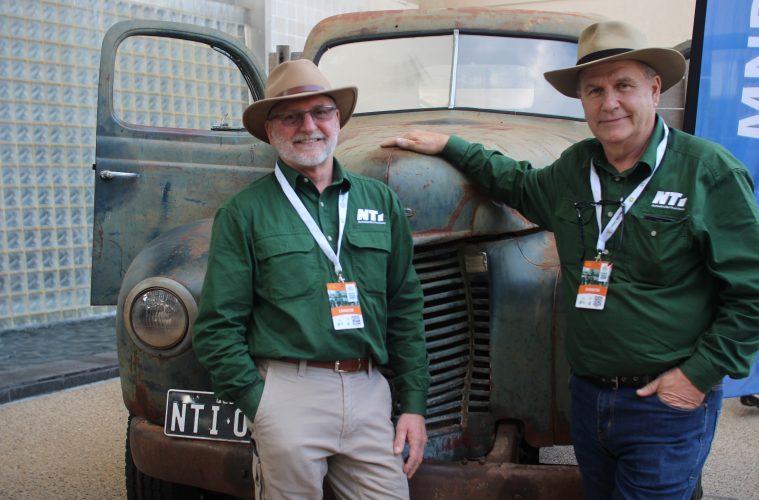 After decaying in the truck version of a prison-yard for 30 years, an International Model K, born around the same time as bikinis and the cold war, is being given a second chance at life. And that second chance could involve you.

The beautiful old machine was found in a wasteland of rusting memories by Peeter Liiv and Don Geer (pictured above). As soon as they spotted the wilting green beauty, they knew it was the machine for them. While it won’t be a full concours restoration (i.e. perfect originality), Don and Peeter will be recreating the 1946 International Model K5’s original look and feel.

The pair admit to loving a good vintage restoration but there’s more to this project than their affection for old machinery. The real driving force is the funds they’re raising for the MND & Me Foundation; a charity committed to improving the lives of those with Motor Neuron Disease, finding treatments and—their ultimate quest—uncovering a cure.

Meet Green Diamond: the truck that could be yours

The video above is one in a series of webisodes Don and Peeter will be making to document the progression of the restoration. They’ve dubbed it ‘Green Diamond’ in honour of its engine and the series will take us through its discovery, its journey to the 2017 Brisbane Truck Expo, and the process of stripping it to the chassis and refurbishing it in a space they’ve been given by Iveco. The final episodes will show the finishing touches and emergence of the completed vehicle and then the raffle draw and introduction of the truck to its new owner.

Don and Peeter have been able to trace the entire history of the Green Diamond and even got to chat with the nephew of the original owner in the first webisode. As it turns out, the new owner will only be the fourth the vehicle has ever known; better than many cars a tenth its age. 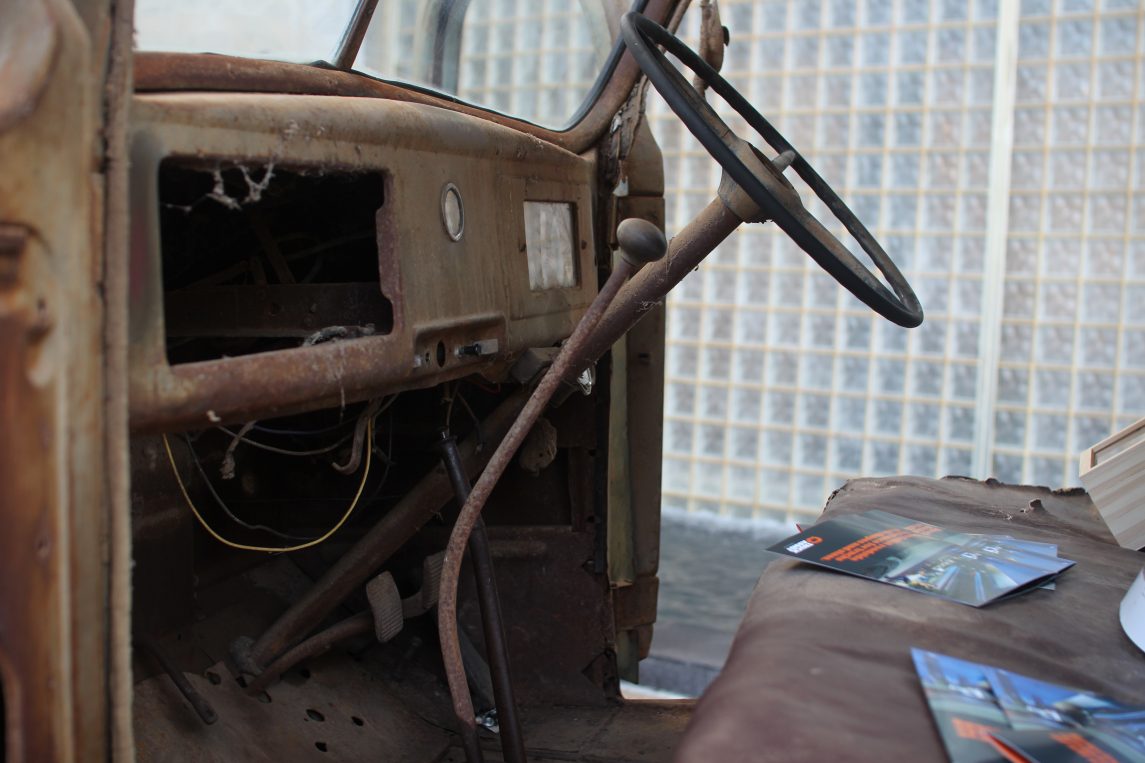 Rust and cobwebs: the pre-restoration interior

So far, they’ve just done the diff and a few bits and pieces necessary to get it to the Brisbane Truck show. While they cranked it over (literally) when they first met it, they only drove it for the first time on the Sunday before the expo. Peeter was all smiles as he spoke of those moments driving the old beast:

“My father used to own one of these and I can tell you it sounds the same, it smells the same, and feels just the same as back then.”

Attendees at the 2017 Brisbane Truck Expo got to see the Green Diamond in its original condition for the last time before the restoration begins in earnest.

As much as is feasible, everything will be original. To get the colour perfectly accurate, they’ll cut it back to where it hasn’t been oxidised, polish it, and get a spectrometer to read the true colour. They’ll then get a perfect mix made up from that reading.

The cause they’re supporting

While many people are only vaguely aware of Motor Neuron Disease because of its most famous sufferer, Stephen Hawking, the statistics on the condition are startling:

“Each day in Australia two people die from MND and two people are diagnosed with MND.”

MND actually refers to a group of conditions, all of which involve progressive deterioration and all of which are rapidly fatal. Stephen Hawking was diagnosed at an age 30 years younger than usual but has so far survived 50 years longer than expected (and is still trucking). Hawking has ALS, also known as Lou Gehrig’s disease. A sub-type of MND.

There is no known cure for any disease in the MND family and no effective treatment. We don’t even understand yet what causes it. This makes research funding vital as the more our medical researchers know, the more empowered they’ll be to come up with cures, treatments and preventative measures.

Peeter and Don have a personal connection to the condition as the former head of NTI, Wayne Patterson, has been diagnosed with MND. Peeter explained:

“He was the CEO when I joined the company 12 years ago. We had him here yesterday and he was pretty crook. In his wheelchair. But when he saw us with the truck, his eyes just lit up.”

With a sad smile, his eyes saying more than his words, Don threw in:

There’s a quiet beauty to the project Don and Peeter have chosen. The two would love nothing more than to be able to rebuild their friend and colleague to his former glory. But humans are far more complex than machines. The first webisode shows Wayne as he was before he had the disease. Surfing, healthy, happy and strong.

“That’s how he was when we met him. Always on the go. In the second webisode, you’ll see him as he is now.”

This contrast is all you need to see to understand why Peeter and Don feel so passionate about the cause they’re supporting. It’s about as close to their hearts as you can get.

What you can do

If you can see yourself cruising the streets in the Green Diamond and would like to offer some support to MND sufferers, click here to enter the raffle.

When the truck is roadworthy and in beautiful condition, three people will be drawn at random, sent a key, and then transported to meet the truck in Brisbane’s King George Square. They’ll each have a go of starting it but only the winner’s key will kick it over. To quell the touch of green envy they’ll likely feel, the two runners up will go home a $2,000 BP card each. 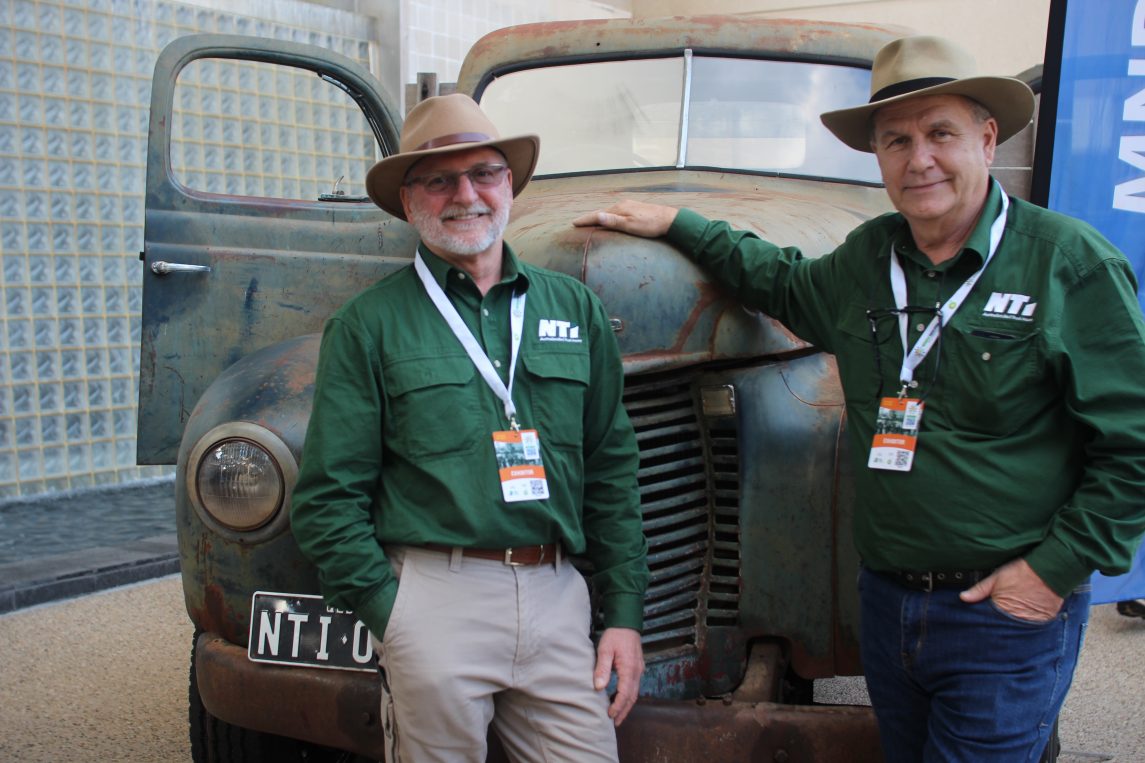 Article Name
How You Can Help the World by Winning a Vintage Truck
Description
If you can see yourself cruising the streets in a vintage truck, find out how to get in the draw and watch the start of its restoration journey.
Author
Krystle Richardson
Publisher Name
Machines4U
Publisher Logo