How an Out of Work Mechanic Became a Woodworking Master 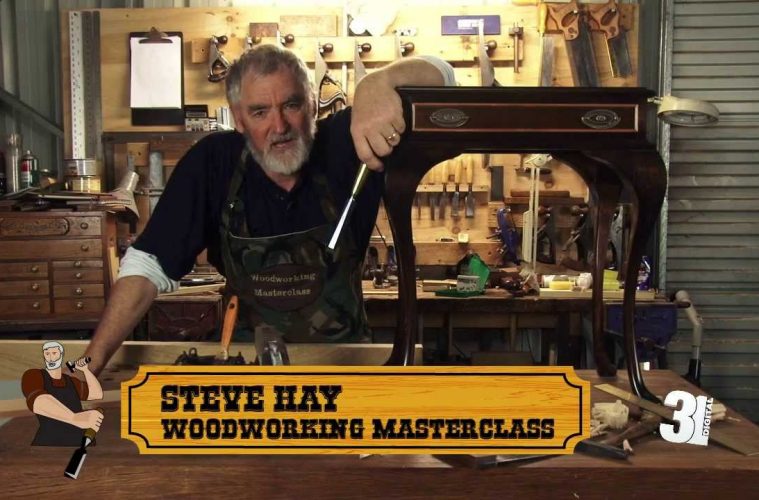 After getting the sack from his job as a mechanic on Christmas eve, Steve Hay’s life took an ironic twist that led him to a career as a woodworking TV host. Never one to bother too much about what anyone else thought of him, Steve threw aside the opinions of others to explore the avenue his heart was nudging him towards.

Steve’s story is a perfect example of why you shouldn’t let other people’s words and beliefs restrict you.

“My woodworking teacher in high school told me I should get a job in an office because I was no good at woodwork.”

The first small spark of inspiration

Freshly out of a job the night before Christmas, Steve did what any rational youngster would do in such a situation: he went home to his parents. And it was on the long drive home to Sydney that the inspiration to become a woodworker crept into Steve’s mind. He’d taken a break from driving to have a poke around in a junk shop when he spotted something that got him thinking.

“I saw a knife block and I thought, ‘how would you go about making that?’ And so I went and bought a router, and made one.”

This was around 1983 (or perhaps 84) and, for Steve, that knife block ended up being the gateway kitchen accessory of the woodworking world. He was soon making and selling knife blocks, wine-racks, chopping boards and cheese platters.

From kitchenware, Steve was tempted into furniture making.

“Someone had bought table, and it was the distressed look had just started to come out. And she was really proud she’d paid x amount of dollars for this thing and I remember saying, ‘well I can’t make furniture, but I can do a better job than that and charge ya less.’ And the girl next to her said ‘well what would you charge?’ I gave her a price and she said ‘Make me one.’ And that’s what kicked off the furniture making.”

Each new customer seemed to lead to another one and Steve soon started a furniture company. Through this, he gained an interesting opportunity to build the inside of cathedrals. He stuck with this work for ten years, perfecting his craft all the while.

“The training as a mechanic has given me a huge advantage because I understand about fulcrums, mechanical leverage, balance. But apart from that, I was self-taught. Didn’t know a thing, just made all the right mistakes.”

And then came a moment which Steve considers the turning point of his woodworking career: his introduction to a man named Jeff Hannah.

Time with a woodworking master

Hannah’s work is something else. Old school craftsmanship and the kind of intricate detail that sees his most elaborate pieces sell for up to $1.5 million. 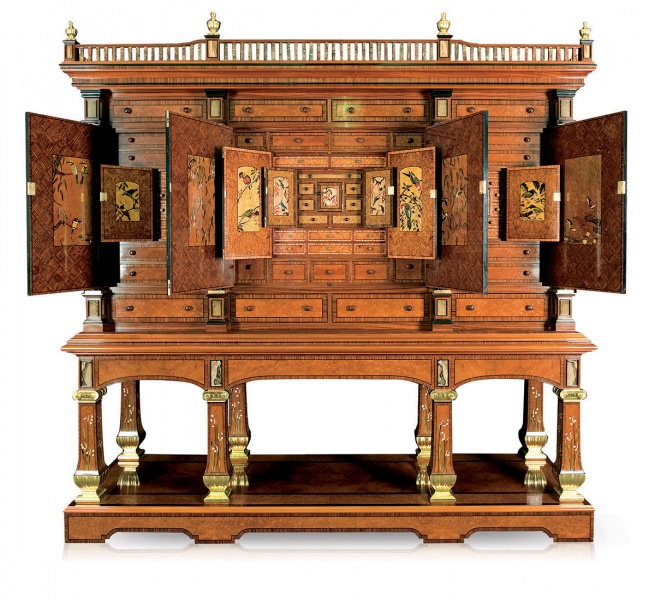 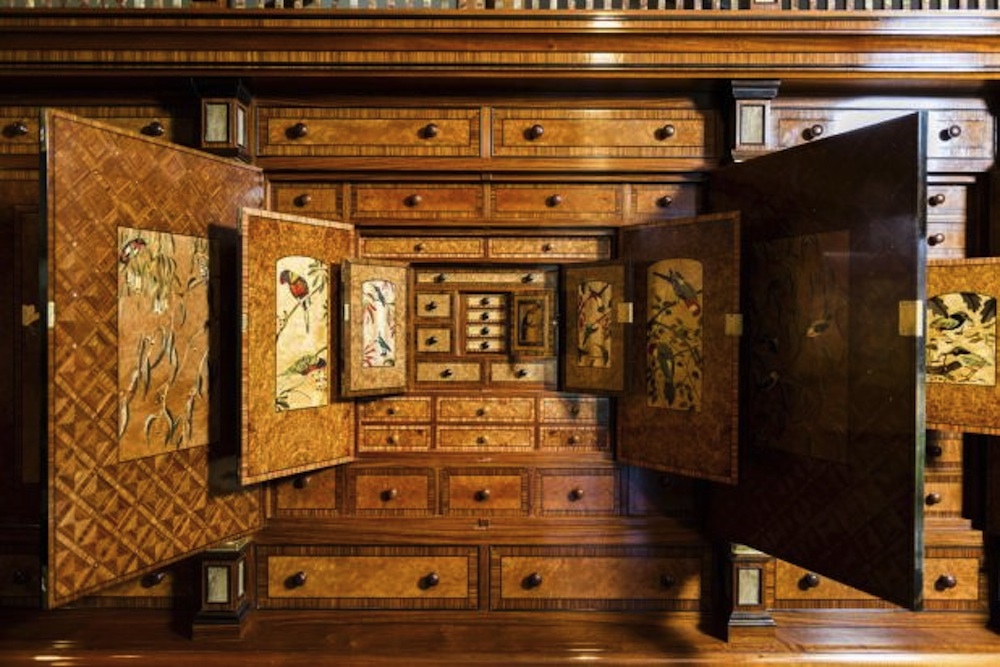 “With Hannah, it’s all traditional woodworking skills, no woodworking machines, all hand work. And I got turned onto Marquetry which is making pictures with veneer, which is also all done by hand. I guess that’s set the foundation of what I’m doing now, I like, using the skill of the hands, rather than the technology of the machine.”

“Sarcastic remark from one of my sons. He was watching some show and I said ‘I could do better than that’ and he said ‘well why don’t you get a TV show then?'”

Ever one to rise to a sarcastic challenge, Steve had a look online and found a station advertising for ideas for pilot shows. He sent his pitch to the email provided in the ad but it came back as an invalid address.

“I’ve done a lot of things in my life and a lot of it has involved sales. One thing that stuck with me is, it’s much easier to hang up a phone than get rid of a body.”

So Steve did just that. First thing the next morning, he was at the front door of the TV station. As luck would have it, no-one was there, except the general manager of the station. So Steve’s rather brave move led to him pitching his idea, in person, to the bloke who made all the decisions.

“I sat down and spent about 40 minutes talking to him, and he said ‘fantastic idea, let’s do it.'”

Steve did two seasons with the station, all the while observing the filming process. Having built himself a career as a (mostly) self-taught woodworker, he had the confidence in his own learning capacity to think:

Self-reliant and confident, even through the tough times, Steve invested in his own cameras, lights and recording equipment and taught himself how to film and edit. And he’s been running his own successful YouTube channel ever since.

For any fans of Steve’s Woodworking Masterclass, here’s a piece of advice gleaned from his story: if there’s anything you’d like to see him do on the show, tell him you don’t reckon he could do it. We’re willing to bet he’ll have a video up within the next week. 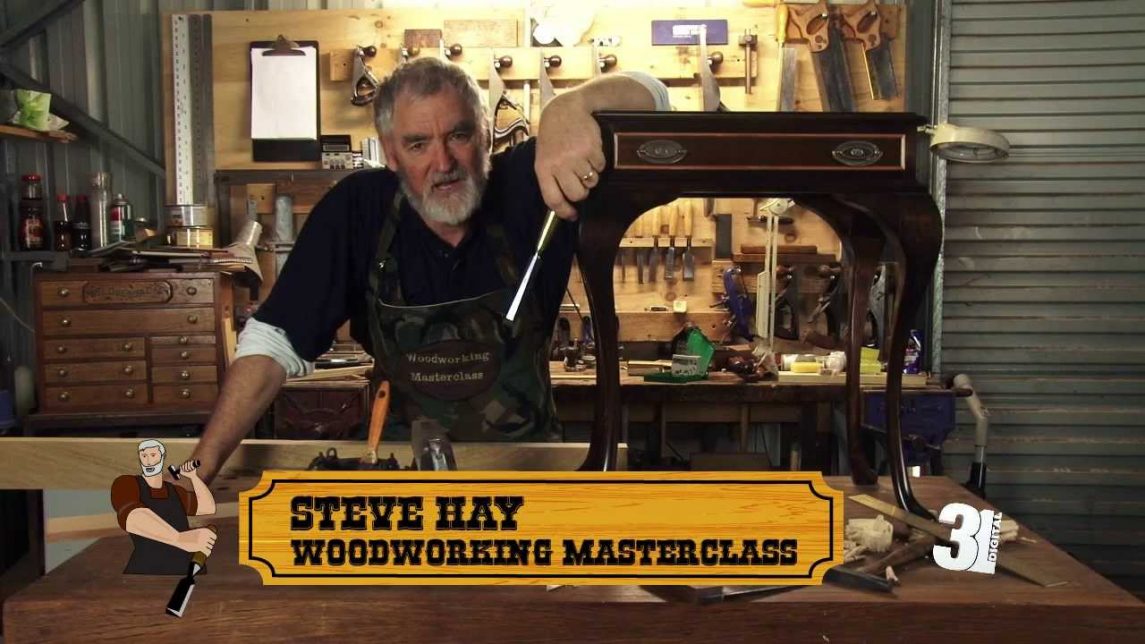 Article Name
How an Out of Work Mechanic Became a Woodworking Master
Description
After getting the sack from his job as a mechanic on Christmas eve, Steve Hay's life took an ironic twist that led him to a career as a woodworking TV host.
Author
Krystle Richardson
Publisher Name
Machines4U
Publisher Logo