How Can One Machine Lay 300 Bricks in a Minute? 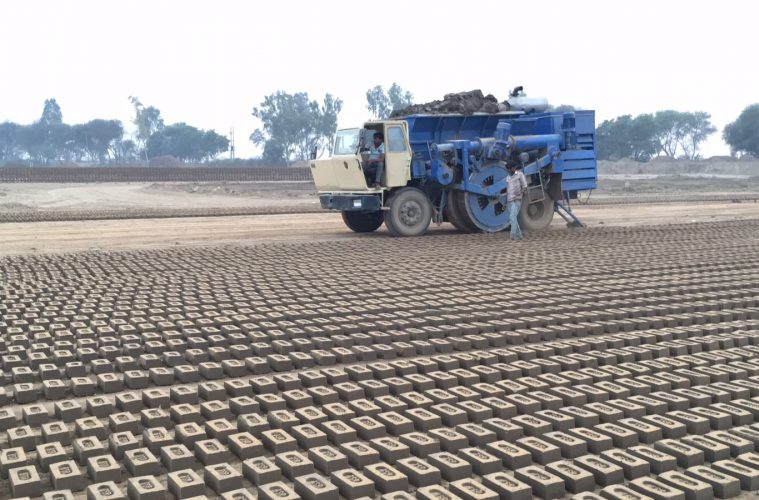 Tech Radar, and a few other smaller blogs and Facebook pages, have been sharing videos of a pretty impressive looking machine. The SnPC Machines BMM150, and its brother the BMM300, are rolling brick-makers that can turn an empty field into an ocean of bricks in a matter of minutes.

Seems legit right? And it probably is. But their facebook page has a bunch of 5 star ratings from startlingly enthusiastic people all asking similar questions about buying the machine; suggesting, at the very least, they’re all reviewing before trying which isn’t exactly how reviews are supposed to work.

The posts are all remarkably similar (sometimes word-for-word) up to a certain point at which they become absolutely uniform: 5 star ratings with no remarks. The comments on their YouTube videos are similar with a strange littering of mobile phone numbers and email addresses.

To be fair, many posts are translations (the company is based in India) and the machine is impressive enough that all these people may be genuinely interested in buying a BMM150 for themselves. Social media etiquette is an endlessly morphing, subtly layered entity, particularly for people who don’t get online often and who are trying to communicate through automated translations. Copying and pasting other people’s queries may be the least stressful way to get their request heard.

Whatever the case, there are a lot of people asking where and how to get a machine for themselves so, we contacted the company to find out more.

The company directors of SnPC Machines, Satish and Vilas Chhikara, were happy to answer all our questions. Vilas confirmed, while the company is still in the ‘start-up’ phase of their development, they have been receiving an overwhelming amount of interest in their brick-making machines.

“We have commercialised our product in December 2015 and there are more than 48 machines now serving customers from countries like India, Nepal, Pakistan, Bangladesh and Afghanistan. Soon we are going to approach Sudan and many more countries as per incoming inquiries.”

While they do sell globally, Vilas explained they are not able to provide the same after-sale service to international buyers as they can to customers in India. Yet. However, he is confident, as the company expands, they will be able to grow a dealership network and hence expand their service capabilities.

Do the bricks need to be fired?

Quite a few people posted questions about how the machine works and whether the non-fired bricks are as strong as those made using traditional methods. Vilas had this to say:

“After production we need to dry the bricks in the sun. The whole baking and drying process takes 30% less time than hand-made. And, in firing, it takes 13-15 % less fuel then the manual making and firing process.

With good quality clay, mud or other raw materials, the machine-made brick is high-strength like a stone, and sounds like metal. The bricks are cheaper in cost with higher density and selling price than manual-made bricks. And the machine-making process is time saving and hassle free.”

The automatic brick-making process from start to finish

The process starts with a dig in a field that has usable clay or mud. Other raw materials—like fly ash or sand—can be mixed in at this stage. Water needs to be poured into the dig about 6-8 hours before production commences. Once the required time has elapsed, an excavator is used to load the raw material into the brick-making machine’s tank. The machine is set on a straight course and the start button pushed from within the cabin.

Then comes the part Vilas calls “the miracle of the machine”: it starts laying finished bricks like eggs. Once laid, the bricks simply need time to bake in the sun and then, according to Vilas, they’re good to go.

Check out the whole process here:

Will this machine take jobs away from humans in need?

Workers are still required to operate and monitor the machine. However, the work is less labour-intensive, allowing companies the freedom to dedicate their work forces to other vital tasks. At this stage the machines are mostly being used in developing nations. Rather than ‘taking jobs’ (which many people expressed concerns about on social media) this can be harnessed to improve quality assurance and workmanship which, in turn, should improve the quality of constructions.

If machines like the BMM150 and BMM300 could be used in this way, they could form part of a change in construction values which, if backed up by other measures, might prevent disasters like the 2013 collapse of the Rana Plaza factory in Bangladesh.

Whether this actually plays out in reality is entirely in the hands of those companies buying up this new technology. Like every tool humans have ever made—from rudimentary stone-and-stick combos to the internet you’re using to read this story—these machines have the ability to do great good. It all depends on how we humans use them. 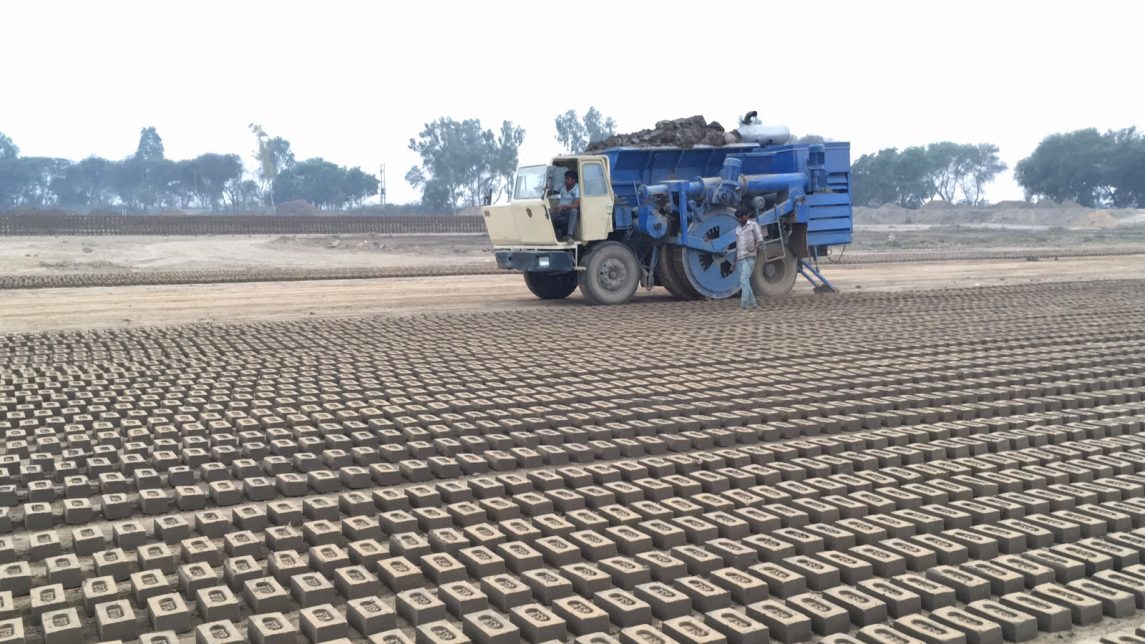 Article Name
How Can One Machine Lay 300 Bricks in a Minute?
Description
The SnPC Machines BMM150 is a rolling brick-maker that can turn an empty field into an ocean of bricks in a matter of minutes. But is it for real?
Author
Krystle Richardson
Publisher Name
Machines4U
Publisher Logo