How to Improve Your Drive and Boost Your Payload

The 2017 Brisbane Truck Show was a tech-infused feast for the senses with all the latest developments on display, from suspension seating and automatic greasing systems to the latest in automation and pimped out cabs.

While there are some differences from brand to brand, the newest trucks on the market are like tiny homes with comfort being key. The reps we spoke to at Mercedes and Freightliner both stressed that driver comforts, no matter how luxurious they may seem, aren’t luxuries, they’re necessities. According to these guys, and the teams developing their new technology, the days of truckies hacking out the many and varied discomforts of the road are numbered. 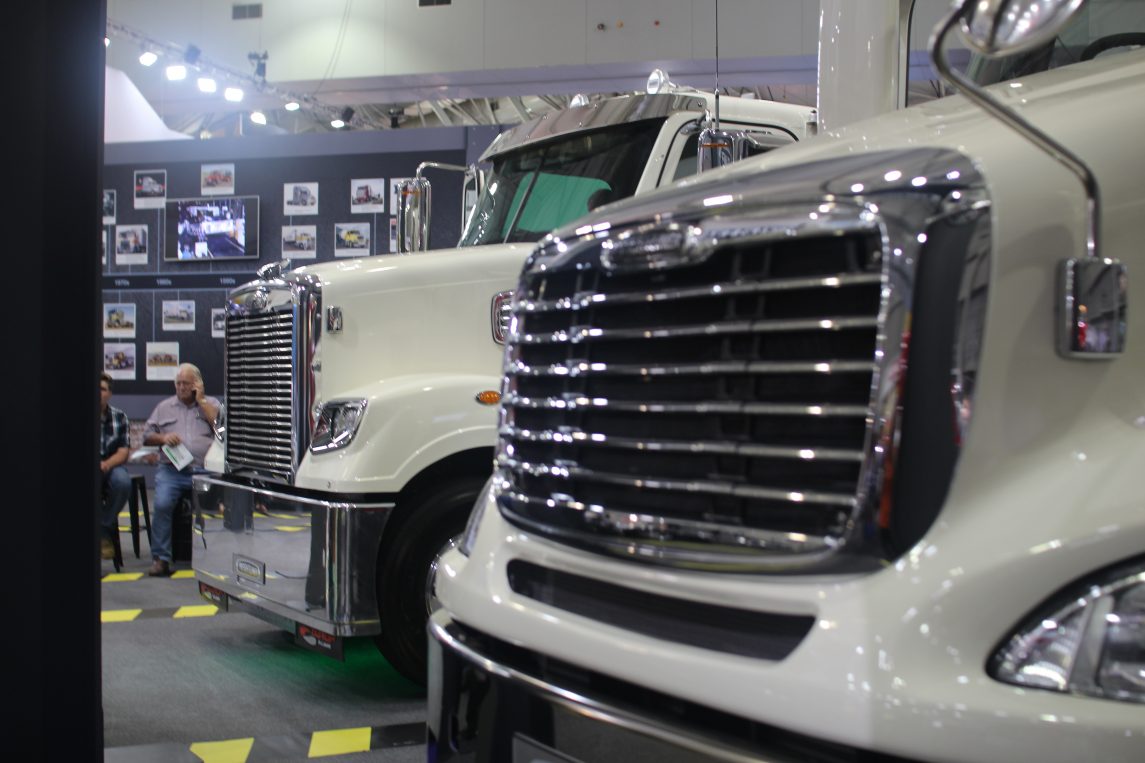 Senior manager of Freightliner Australia, Micahel Egan, explained how adding comfort doesn’t detract from the speed at which drivers can get from A to B. In fact, it improves it while getting them there in good spirits.

“On a big run from Melbourne to Perth, they can do it in 36 hours; basically, one sleeps one drives, they’ll just keep flipping over when they stop to fuel up or at truck bays.”

Along with the various engine option (from 500 up to 600 hp), the Freightliner trucks come with a variety of cab options, all focussed on comfort but some more suited to shared driving and long haul operations. If you’re interested in the latest cab developments, Freightliner has an interactive 3D tour of their latest Cascadia (due for release in 2018. No word yet on when/if it will come to Australia).

You have your choice of manual or fully-automated, 18-speed transmission. And models, like the Argosy, are designed not just for heavy loads but for our ambient temperatures (including those you’d encounter half way to Perth in the middle of summer). The cooling package is top notch and designed to keep everything running optimally so the trucks can not only tackle the Aussie conditions with ease, they also preserve fuel.

“The new Cummins engine has an ADEPT cruise system so it enables the truck to go into coast mode along the highway to take load of the engine and bring the RPM back to save fuel.”

While saving fuel and keeping the driver comfortable are important factors for Freightliner, the company also understands the importance of squeezing as much payload into a run as possible. Their trucks have aluminium cabs which lighten the overall weight, giving you more allowance for payload.

“The cab is all alloy, so it’s a lighter cab. It meets all the rollover regulations for construction in cab strength, but it’s light. So in an operation where you might run a tip truck or an agitator, it’s’ all about payload. The lighter your truck is, the more payload you get in the back, the more money you earn.”

And they don’t call it ‘payload’ for nothing. Just a few stalls down from Freightliner, we ran across Aussie owned and run company, Tefco Trailers. While the companies aren’t related, they share an ethos of helping boost payload for their customers through robust yet light design.

Tefco are a fan of aluminum too and use it in the construction of their trailers. We spoke to managing director, Richard Brown, who told us about their latest creation:

“This trailer is very special because it’s a first in the world five axle dog with an aluminium chassis. These have never been built before, and this is the fifth one we’ve made. So that gives us a step deck frame and step deck bodies that have got a lower center of gravity for safety and for volume.” 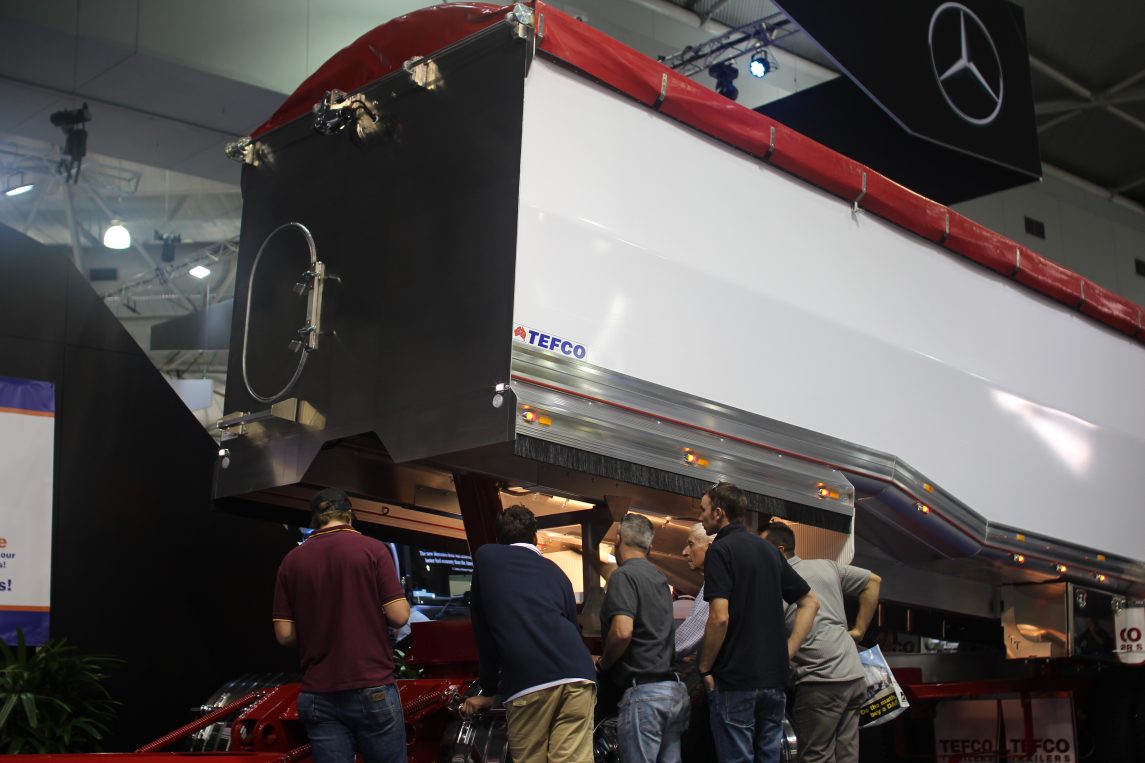 “Being an aluminum chassis it’s lighter and more flexible. The overall center of gravity is lower to the ground so it makes it safer, it’s got ABS brakes on it which makes it safer as well.”

The top is also lower compared to the industry standard to make loading easier and allow for more volume.

Just like Freightliner, Tefco is focussed on making life easier for their customers while boosting productivity and payload. It’s great to see the industry standards being raised, particularly by Aussie companies like Tefco. 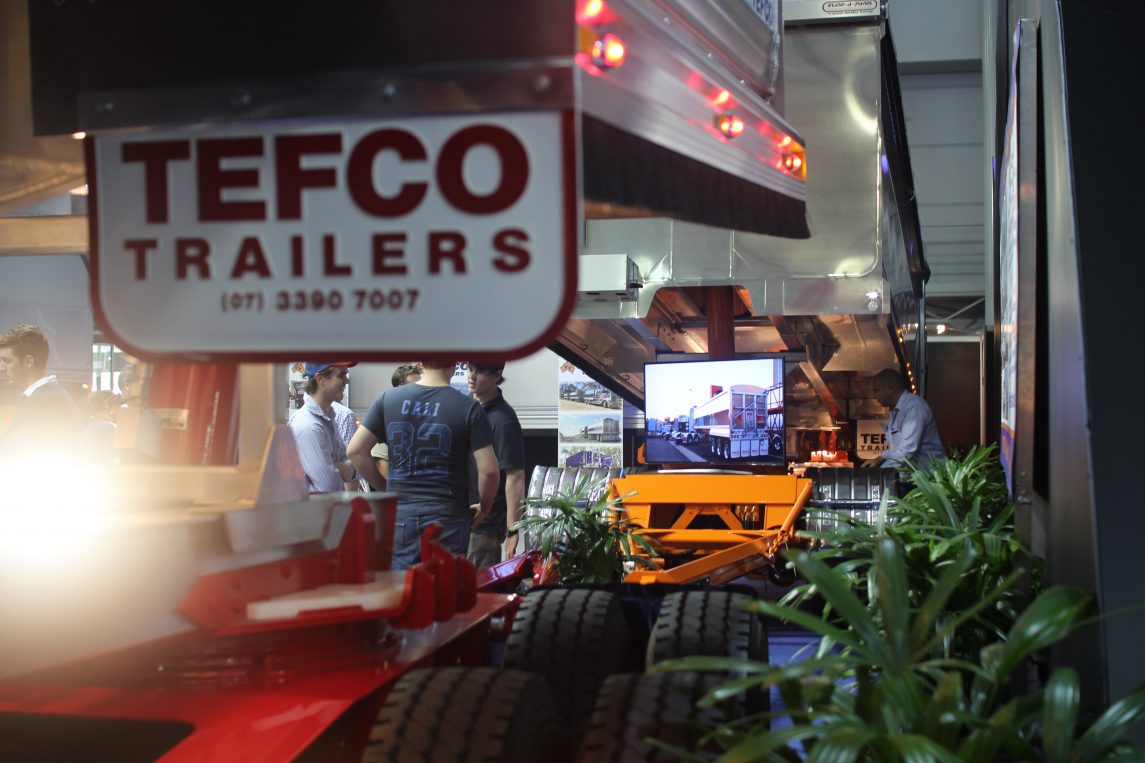 Article Name
How to Improve Your Drive and Boost Your Payload
Description
The latest innovations in cab comfort and weight reduction to give truckies the smoothest, most cost effective ride of their lives.
Author
Krystle Richardson
Publisher Name
Machines4U
Publisher Logo