Manufacturing: Where it’s Gone Wrong and How to Save it 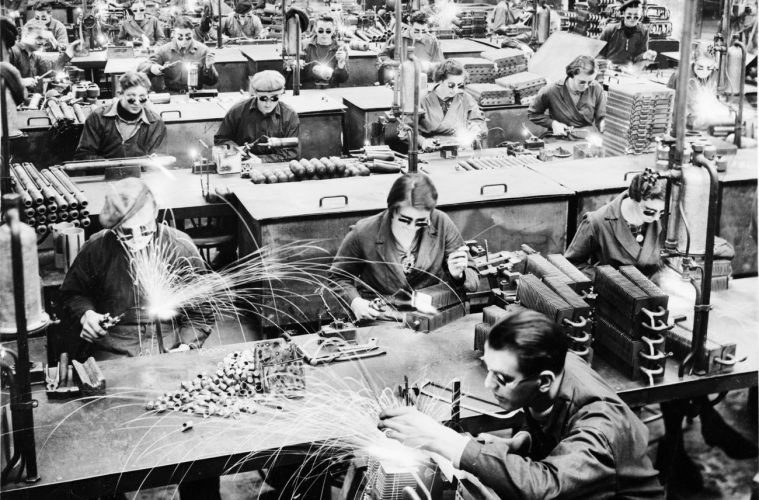 Over the last decade, manufacturers have been slowly but steadily backing away from Australia; factories closing, workers retrenched, operations moving offshore. Kids are being told to get uni degrees if they want jobs in the future and there’s endless speculation that robotics and automation will soon make the human manufacturing workforce obsolete.

These converging issues have caused people to recede from the industry, leaving it with a human-shaped bald spot. Both in Australia and the US, we are facing not only a shortage of skilled workers, but a lack of people willing to take over management and ownership of companies.

We spoke to Dan Swinney—of Chicago-based non-profit, Manufacturing Renaissance (read more on Dan’s origin story here)—about what his organisation is doing to combat this issue. While Dan is based in America, he has visited Australia to share his opinions and experiences with labour forces, universities, and manufacturers, who share his passion for reviving the industry.

How we got into this situation

Dan notes, while there are considerable differences, there is also a lot of overlap between the problems in America, and the ones we’re facing here.

“There’s been a total dismantling of the vocational education system. Parents and teachers—all of society really—said everybody needs to go to college. People have developed the idea that manufacturing is dead, even though it’s not, it’s just changing.”

In one of the biggest self-fulfilling prophecies of modern history, investors, business owners and educational facilities all started backing away slowly from the industry. The impact this had on the surrounding society was phenomenal.

“At that point we did a large study of the education system and its relationship to the manufacturing sector. And we found a total breakdown, in other words, no guidance counselor would tell any student they ought to take a job in manufacturing. They all said: you need to go to college and become a doctor or a lawyer. There were thousands of jobs going unfilled in manufacturing while thousands of young people were turning to drugs and the underground economy because they couldn’t find work.”

Why bother saving the manufacturing industry?

You can’t run an economy as big as ours on the retail and service sectors alone. Dan is a numbers man, he likes to quantify things, even in the murky grey areas of life. While it’s difficult to be precise, he’s figured out every manufacturing job, on average, generates about five other jobs in the economy because a well paid manufacturing workforce has discretionary income to spend on the retail and service sectors. He sees manufacturing as the engine that drives the rest of the economy.

“When he was CEO of Starbucks, Howard Schultz always said the most important indicator of how well he could expect his business to do was the health of the manufacturing sector.”

So, even if you’re not working in the industry yourself, Dan believes you should care about its health because it may well be the thing that funds the activities you love and those you do earn a living from.

Cheap overseas manufacturers are not the enemy

Despite Donald Trump’s impotent and hideously under-informed cries to the contrary, China is not to blame for the manufacturing downturn. Not in the States and not in Australia either. Dan, in fact, has a lot of admiration for the industry China has built.

“They’re investing in manufacturing. And they do more to promote engineering, green technology and renewable energy than anybody else in the world. They’ve brought 350 million people out of poverty. That’s not too bad.”

Nations like China, Taiwan, Mexico, Singapore and Korea had their own industrial revolutions in the mid nineties. Workers left their farms, moved to urban areas and, with little to no skills, were willing to work for very little. While this did allow them to make drastically cheaper products than we could at home, Dan says what our industries need to do is shift to more complex, value-added work.

“It’s what we call advanced manufacturing, because that’s the only area where countries like the United States, Australia and European nations can compete. Trying to be competitive on low wage or low skilled work would be foolish.”

The real problem (and its equally real solution)

Dan has researched systems all over the world to figure out what works and what doesn’t. Through this, he brought together a coalition of labour, manufacturers, local government and educators in what has become the Chicagoland Manufacturing Renaissance Council.

Their first project was to re-establish the connection between the Chicago community and the regional manufacturing sector. They selected an inner city neighbourhood that had fallen into poverty after the closure of nearby manufacturing facilities. Their project was to start a school to give people a productive way out of the lives they’d fallen into. The neighbourhood they chose was Austin. With high unemployment rates, drug use and murder rates, they certainly gave themselves a challenge.

Dan and his cohort established Austin Polytechnical Academy in 2007. The Academy was merged into the Austin College and Career Academy and Dan’s organization runs the Manufacturing Connect program in the school. It’s a public school and it is directly connected to the manufacturing sector. More than just a vocational school, it is focussed on building careers in all aspects of manufacturing from safe machining to running an entire facility. Dan has watched as a generation of young people began to see what’s exciting within the industry and kindle an interest in all of its different avenues.

“We’ve had over 90 companies partner with us since we opened and, any given year, we have 30-40 companies that work with the school. We send kids on tours of these factories, they have internships, job shadowing, summer jobs.”

Creating jobs for now and for the future

The design of the Manufacturing Connect program is such that students can undertake engineering degrees as well as machining courses. There is a dual credit system, allowing them to learn the hands on skills to get a job in the industry’s current state while earning college credits towards an Associate Degree at local colleges.

When they graduate, they have nationally recognised credentials to take them anywhere in the country, into a variety of jobs or further education. They also have years of hands-on work experience behind them. They have been given the opportunity to try a variety of paths and figure out what they want do. The program has been very successful in placing young people in jobs. Many of them take their practical skills into factory floors while the company pays them a wage and pays for their college education. Whatever their hearts are drawn to, Dan’s program gives them attractive options.

“You can go directly into college and go straight for the engineering degree for example. Or you can go into a machinist role, work in a factory and have them fund your education. So not only do students leave college without the burden of debt, they’ve also been earning a wage the whole time and have years of relevant, hands-on industry experience with the machines they’ll be designing or programming.”

Dan is creating precisely what the industry needs right now: transitioners who are willing and capable for the work of today—while it still needs doing—and then skilled and excited for the work of tomorrow. The companies investing in these young people get a huge return on that investment while helping people from one of the most depressed communities in the city. The system rewards everyone for their contributions, creating a beautiful state of simpatico.

The successful Manufacturing Connect program has now been brought by Chicago Public Schools into two additional high schools—Bowen High School on the South Side and Prosser Career Academy on the Northwest side of the city.

“If you want to see social change, you can’t just oppose what you don’t like. You have to have a view of how to do things differently.” 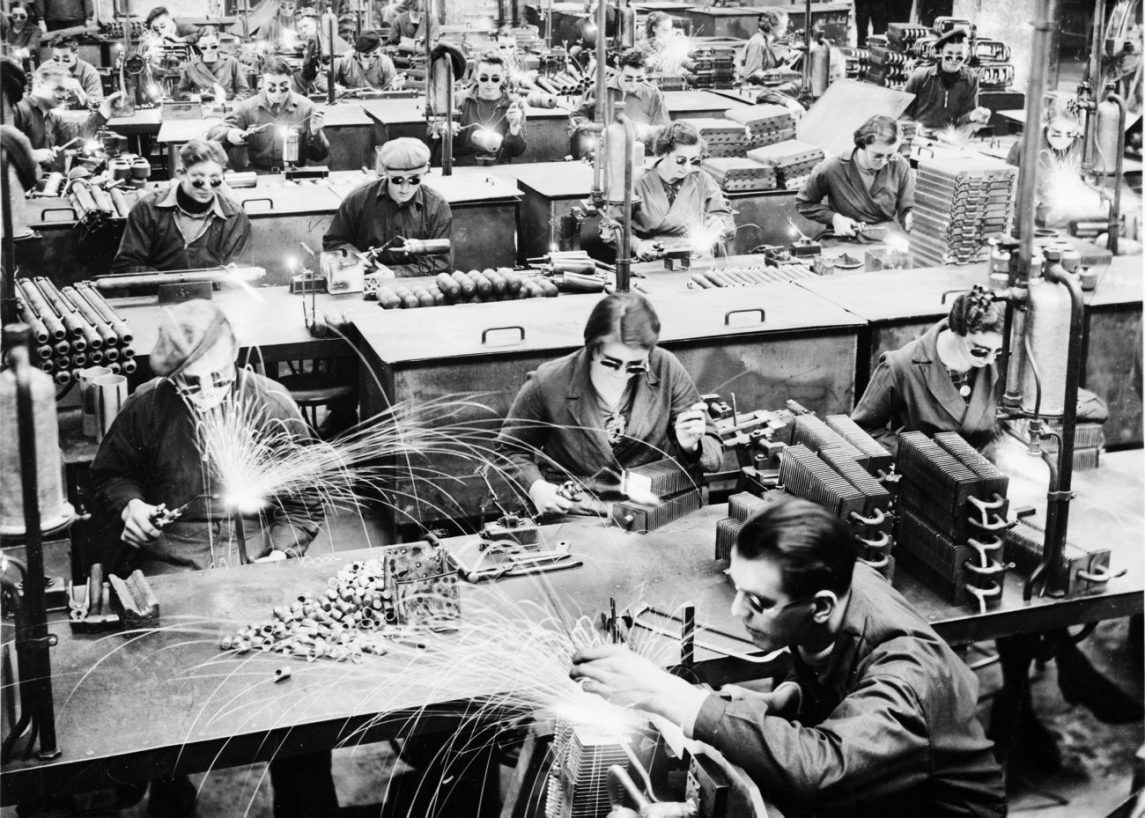 Article Name
Manufacturing: Where it's Gone Wrong and How to Save it
Description
We take a look at an enterprise that is single-handedly reviving a poverty stricken Chicago suburb and the US manufacturing industry.
Author
Krystle Richardson
Publisher Name
Machines4U
Publisher Logo