Massive Old Engines and the Folk Who Restore Them 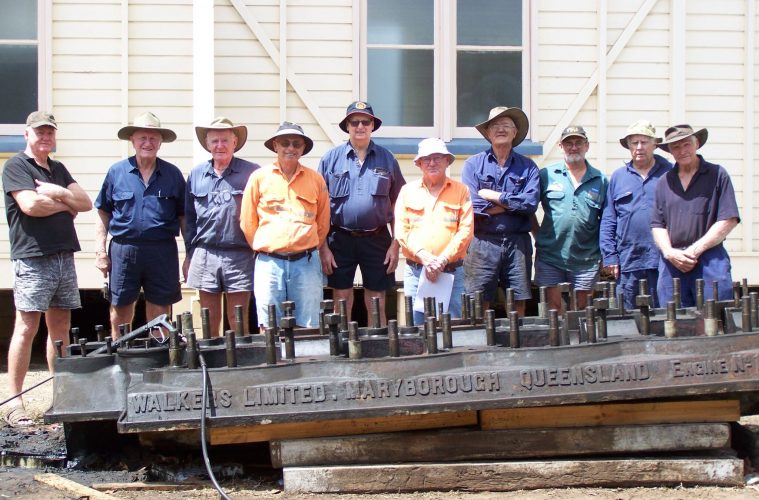 North Queensland has some astounding claims to fame. It is home to Australia’s largest fossil site (Riversleigh), the country’s only international border (with Papua New Guinea) and, of course, the Great Barrier Reef.

Even the region’s claims to fame have their own claims to fame. The Great Barrier Reef is the only living thing (on Earth) that can be seen from space and was kind of responsible for killing Steve Irwin. As Steve (bless his soul) was so fond of reminding us, the region is also home to some of the most deadly creatures on Earth. While North Queenslanders do tend to be at least a little proud of the extremity of the place they call home, not all of its defining features are so intense.

One of the nicer things the north is known for is its connection to the past. If you’re keen on vintage machinery, North Queensland is the place to go, with heritage societies peppered all over and a huge variety of restoration projects on the go at any given moment. 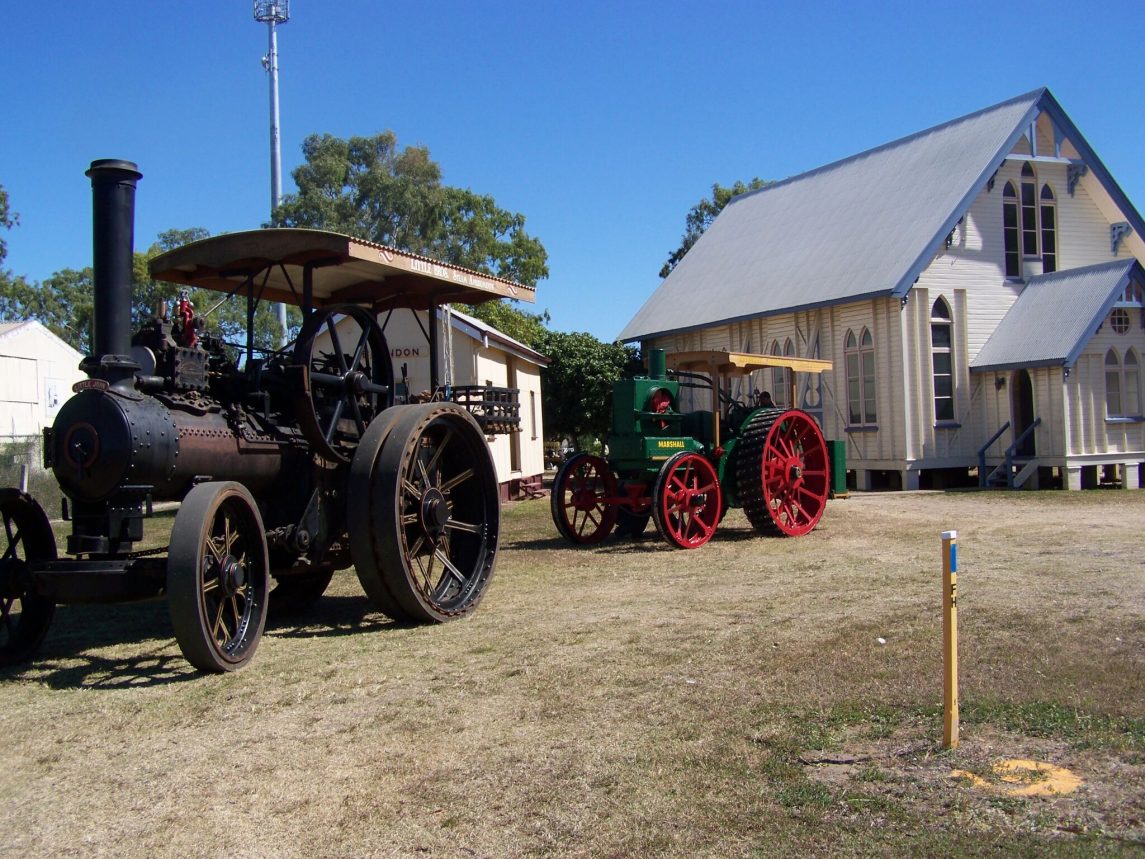 We spoke to Alfie Shand, of The Burdekin Machinery Preservationists club (BMP), about their latest (and biggest) project. BMP has its home in the Brandon Heritage Precinct, a few kilometers north of Ayr. Over the past year, they have been building a whole new structure for the Precinct: a multi-engine power house.

The club is currently working on the power house’s two main attractions:

The Walker engine was made in Maryborough and installed at Kalamia Mill sometime before 1930. It is coupled to a 150 KVA alternator.

“It was last run in 1972 when it was used to supply power to Ayr hospital after cyclone Althea.”

The engine was removed from its previous resting place in pieces. Each cylinder separate from the next one. The crankcase and 7 ton fly wheel were the last parts to be removed from their concrete bed and transported to the Brandon Heritage Precinct. 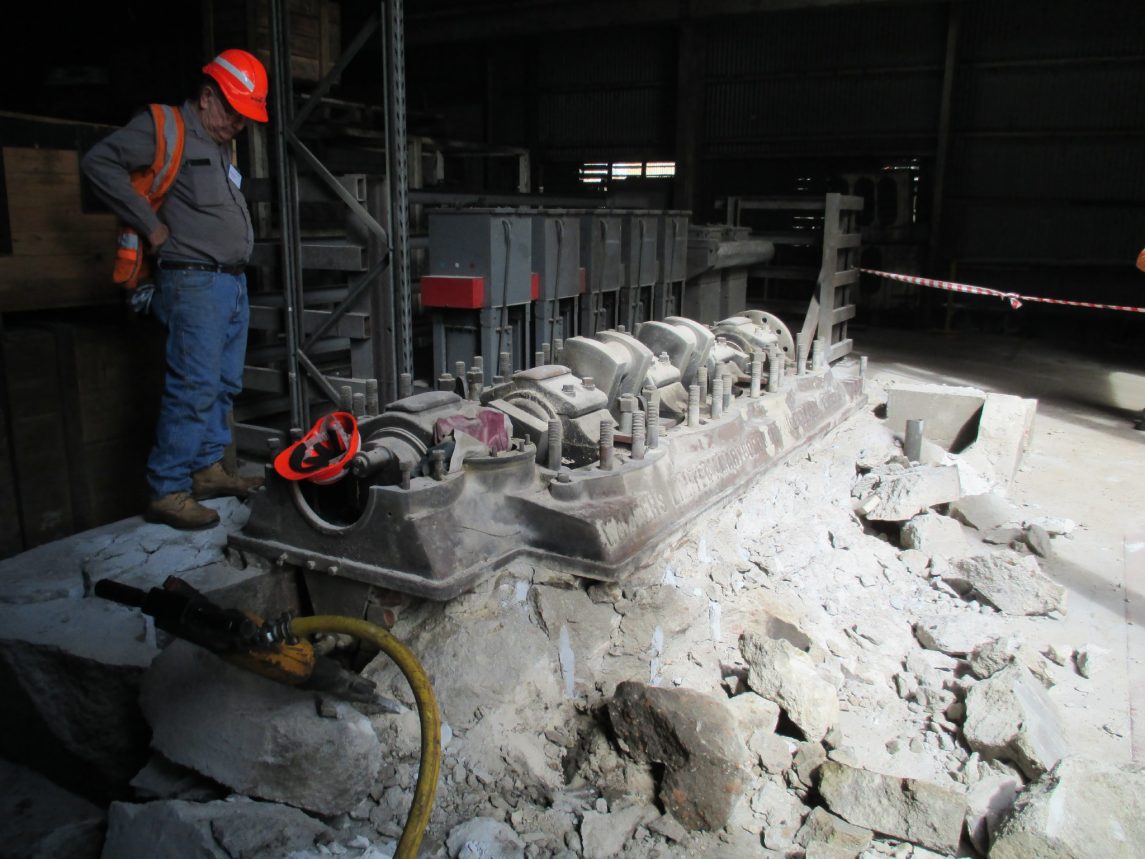 The Ruston was made in 1950, in England, and hasn’t run since the early 2000’s. The engine was removed from its concrete bed at Inkerman Mill and, just like the Walker, was lifted out through the roof.

The hard work of restoration

Alf estimates the power house project has up to a dozen club members working on it at times. When Monday smoko rolls round though, those numbers go up significantly.

A fair bit of timber and ply was required for the formwork at the base of the Walker. The team had the brilliant idea of sourcing cover sheet material, used for the transport of Laminex, which was perfect for the job and came absolutely free. All that was required was a bit of extra support and a coat of paint to waterproof the material. Once the structure was complete, almost 20 cubic metres of concrete was poured to create the base foundation for the Walker.

The crew took a slightly different approach with the Ruston’s formwork, using form ply which came with a price tag but made the construction process quicker and easier. A similar amount of concrete was poured for the Ruston, completing the main basis of the power house. The surrounding structure was then erected, with doors fitted on three sides.

While this structural work was going on, other members of the club were removing and cleaning the pistons and restoring them into the cylinders. The crankcase has been levelled up, the crank shaft installed, flywheel fitted and paint applied. The outrigger bearing pedestal has been put back in place and the last wall and doors will be fitted once the cylinders go back in.

What makes the engines so special

Apart from the fact that they are pulled from the pages of history, these machines are fundamentally unique. The Ruston is a locomotive engine but, rather than running on steam, will be able to run on compressed air.

The Walker is air blasted at up to 900 pounds of pressure, which causes the ignition.

“They only used this technology back in the 1920s before they went to the system they have today where it’s pumped in by the injector at 3000 pounds or so of pressure.”

Only five of the Walker engines were ever made and, of those five, only two are still around. There’s the one Alf’s been working on and one in Oakey. The rest have gone to scrap. Mirrlees, a UK company, designed the original engine. This design was emulated to create the Walker model which was machined in Maryborough. 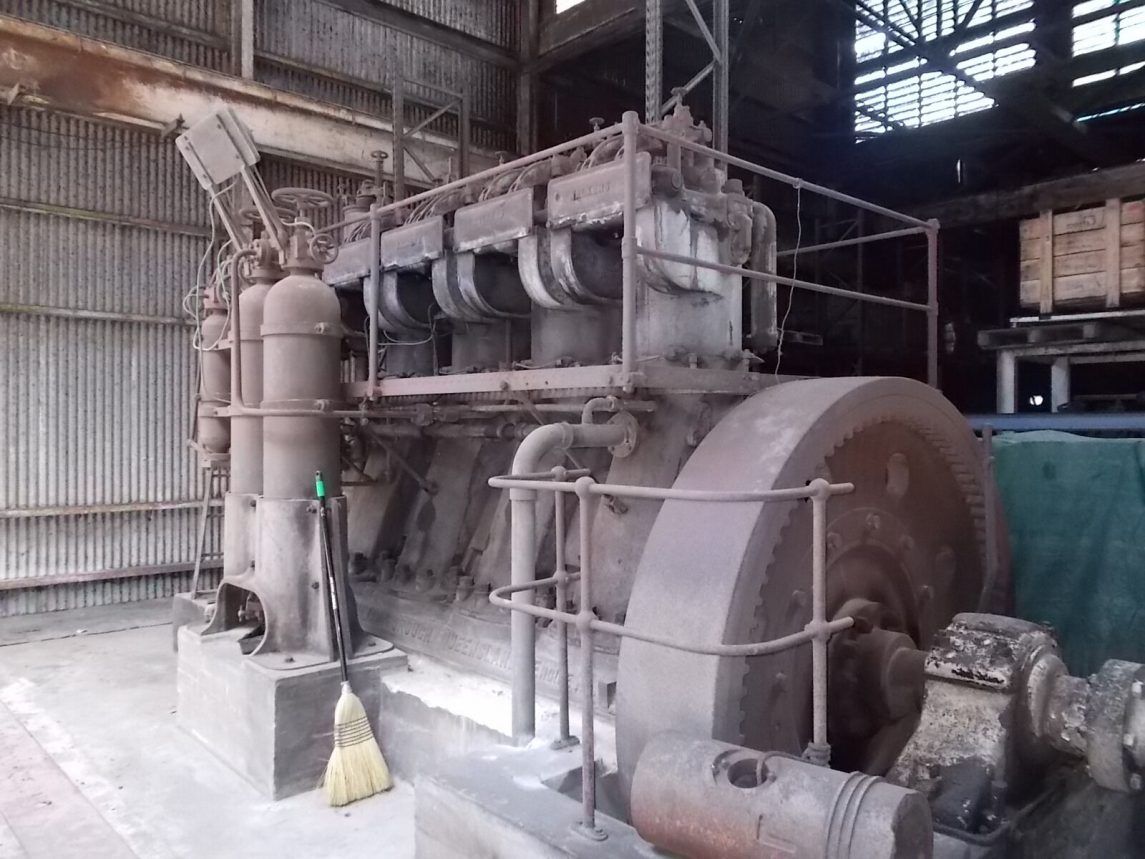 Getting grants for restoration projects

Alf and his cohorts receive donations and support from a variety of sources.

“Our thanks go to Wilmar Sugar for the donation of the two engines and alternators, relocation and assistance in their re-assembly.”

The government (both State and Federal) has provided the club with a total of $45,000 in grants to complete the power house project. The Coplands Foundation, in Melbourne, also supports restorations and has donated funds to help the club to clean, paint and house the engines so they can become an historical attraction.

The BMP crew are hoping to be ready for an open day in November to show the vintage power house to the public. There will be a total of seven engines and alternators once the project is complete.

“So far it has been a major project for the BMP to achieve with the majority of members over 60. The two engines will have the final grout put in place shortly and then the two alternators can be placed in their final position. When finished, we’re confident we will have a working exhibit unique to Queensland.” 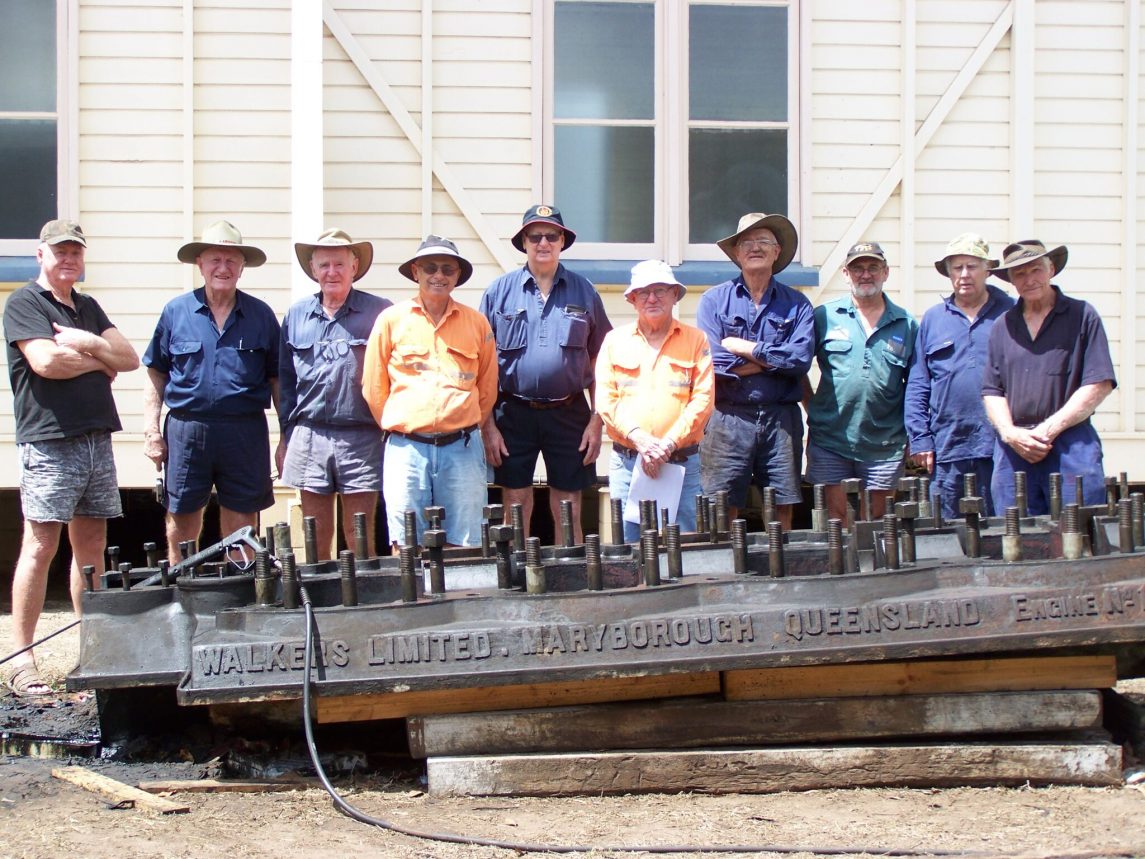 Article Name
Massive Old Engines and the Folk Who Restore Them
Description
If you're keen on vintage machinery, North Queensland is the place to go, with heritage societies peppered all over.
Author
Krystle Richardson
Publisher Name
Machines4U
Publisher Logo