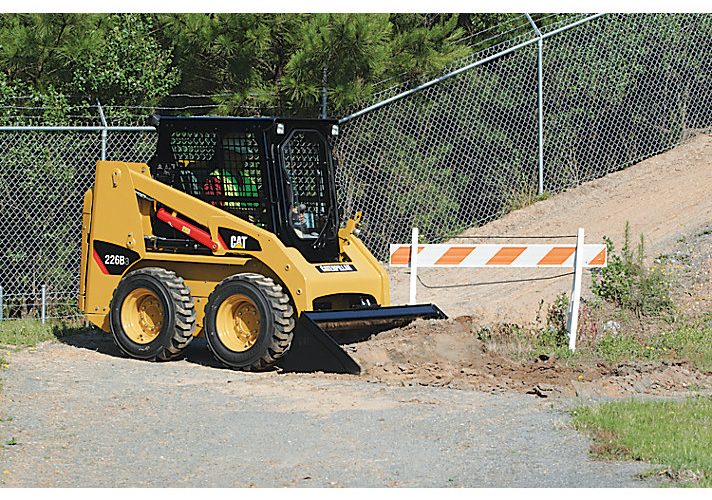 Caterpillar 226B Series 3: The Introduction

While the skid steer tracks vs tyres debate continue—with both sides posing their own flurry of benefits and arguments—here at Machines4U, we always tend to look at the upsides for both. Because let’s face it, these differences will only benefit the market in the long run. Especially when both sides are trying to outdo each other in every turn. With that in mind, here’s our review of the Caterpillar 226B Series 3 featuring skid steer tracks.

The compact track loader was created to increase the versatility of the skid steer, and that’s been one of the biggest advantages of the equipment ever since. Its ability to perform through challenging terrains makes it appealing for a lot of operators who don’t want to use a larger machine. After all, these moderate-duty tasks require greater balance, rather than power.

The Caterpillar 226B is powered by a rugged and reliable original Cat engine that meets US EPA Tier 4 Interim and EU Stage IIIA emissions requirements. In addition, the machine’s hydraulic system brings out the maximum power and reliability of the skid steer. It also provides power to the wheels, loader lift, and auxiliary circuit to drive optimum efficiency.

RELATED: 7 Big Reasons the Caterpillar 140M is a Standout Machine

There’s a good reason why even the 2005 version of this skid steer is still in the market. For one, Caterpillar is known for its highly durable build and ingenious maintenance systems. Features such as a high-efficiency cooling system allow the operator to keep the machine on a high level even after years of operation. It’s easily accessible parts and quality components also keep the interior and exterior ready for the daily grind.

It’s actually amazing when you see these compact skid steers lift accessories that are easily half the weight of the machine itself. During testing, we saw this first hand and had the opportunity to try out several attachments such as augers, trenchers and hydraulic hammers.

Caterpillar 226B Series 3: The Verdict

The compact 2015 Caterpillar 226B Series 3 Skid Steer Loader comes with loads of optional tools. This makes it one of the better choices for industries such as agriculture and mining. Powered by some of the latest technology in the skid steer market and Cat’s traditional reliable and efficient design, the 226B is ideal for businesses who are starting out or trying to add more versatility to their existing operations.