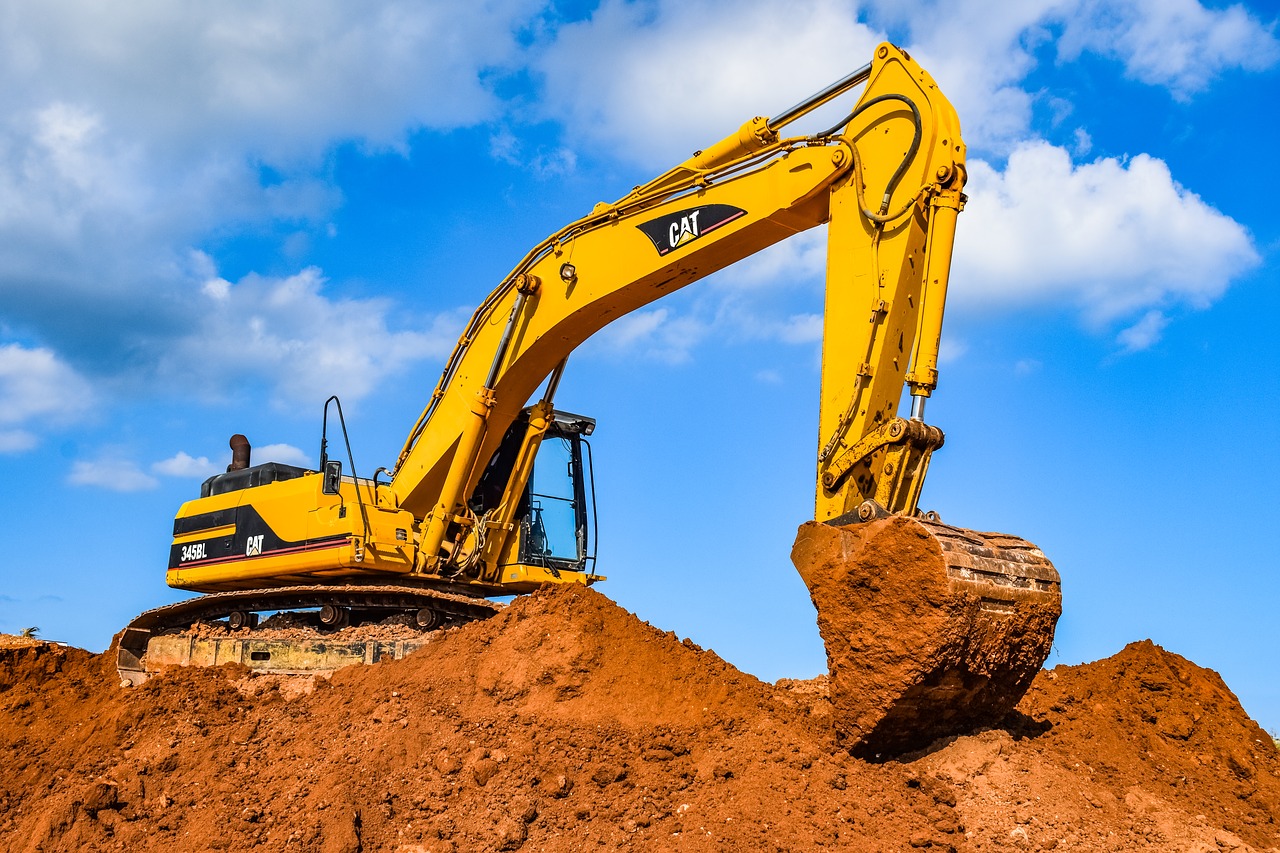 Excavator types, where do we begin! Excavators come in all shapes and sizes, and have a wide range of designs depending on their function.

There’s a lot to cover, so we’ve compiled a quick run-down and all the excavator types out there. Let’s get right to it!

Compact excavators, also known as mini excavators, are perfect for small to medium-sized jobs. They’re versatile machines that can do most things the larger machines can, just on a smaller scale.

Being pint sized has its advantages, including:

Mini excavators are manufactured using tail swing configuration and small undercarriage width, which helps the machine easily manoeuvre in confined spaces. Because they have a lower machine weight than standard excavators, owners can also expect to save on fuel costs.

Generally, excavators that range from 0-7 tons are classed as mini excavators, this may vary slightly from brand to brand.

Some major brands in the mini excavator field include:

Take a look at mini excavators at auction here.

A backhoe excavator is common on construction sites thanks to its versatility. A number of attachments can be used with a backhoe, which allows them to perform a variety of tasks other than excavation such as, stump grinding, compaction and grading.

The main benefit of the backhoe excavator is the bucket attached to the boom. The bucket works to extract soil towards the driver before lifting for greater visibility during operation.

Backhoe excavators are commonly used for:

A backhoe excavator is suited to small to medium-sized projects like foundation building and residential constructions.

Some backhoe excavator brands include:

A crawler excavator is best suited to:

Although slower than wheeled excavators, the crawler excavator is balanced and stable. With the ability to handle a range of attachments including hydraulic breakers, augers, grading blades and grapples, the crawler is a diverse machine—no wonder it’s a popular choice!

The most popular brands make crawler excavators. These include the most searched* brands:

Spider excavators are up next, and no, we’re not talking about the arachnid! These spider excavators get their name from their odd, spider-like legs. The mechanical legs allow them to work in tough terrain including water, mud and steep-access sites. The spider excavator is one of the more unique excavator types not seen on regular construction sites. But they are ideal for forestry applications where steep cliff faces are more prominent.

Disclaimer: The spider excavators in this clip may be overseas models. The Australian model may vary from above.

Wheel excavators offer mobility, speed, power and reliability. They aren’t as popular as the standard crawler excavator, but they do have their advantages, which can include:

Obviously these can change depending on the excavator make, model and year.

The main things to consider when looking at wheel excavators is the terrain you’ll be working on and the applications. Wheel excavators do lose some digging depth as the carriage sits higher than the crawler excavator. With a higher carriage you also get increased center of gravity, which means operation on slopes should be done with care.

In saying that, the wheel excavator performs well in lifting performance thanks to its two-piece hydraulic boom, which is adjustable. The addition of stabilisers is also an advantage, especially when doing road work, as you don’t lose lifting capacity.

Some of the brands leading the way in wheel excavators are:

Vacuum excavators, also known as suction excavators, work as the name suggests. They have a high-pressure vacuum and water jets to loosen the ground for trench and utility digging.

There are 2 types of vacuum excavators:

Trailer mounted machines are small and perfect for landscaping and construction hydro-excavation jobs. The truck mounted machine is larger and typically used for underground utility operations. They have a suction pipe, containing sharp teeth at the edge, which vacuums up loose soil and debris.

The suction can also be switched on and off during operation, so if an object is too large to pass through the pipe, it can be switched off temporarily.

The main players in vacuum excavators are:

Dragline excavators feature a hoist rope which attaches to the bucket. The bucket is attached using a dragline. The hoist rope works to lower and raise the bucket, while the dragline is used to pull the bucket toward the operator.

Small dragline excavators weigh around 8,000 tons, while the larger models can get up to 13,000 tons or more!

As the name suggests the long reach excavator has the ability to reach further than standard excavator types. With its extendable arm it can reach more than 30 metres—perfect for those hard-to-reach locations!

This excavator is best suited to demolitions and dredging large amounts of material from waterways. You can also use different attachments to perform cutting and crushing jobs.

Disclaimer: The long reach excavator in this clip may be an overseas models. The Australian model may vary from above.

While the knuckle boom excavator looks just like the standard, the defining difference is the extra joint in the arm. This extra joint allows the machine to swing left and right, giving it more maneuverability and precision when digging.

The knuckle boom excavator can also reach areas that a standard machine can’t, thanks to this extra joint. This makes it ideal for tight spaces and excavating around obstacles.

So, there you have it! 9 different excavator types and their uses, all valuable in their own way. Which would be your pick? Let us know in the comments below. You can also find excavators for sale here and at auction here.

*Data has been curated from Machines4U listing information, accurate at the time of publication. 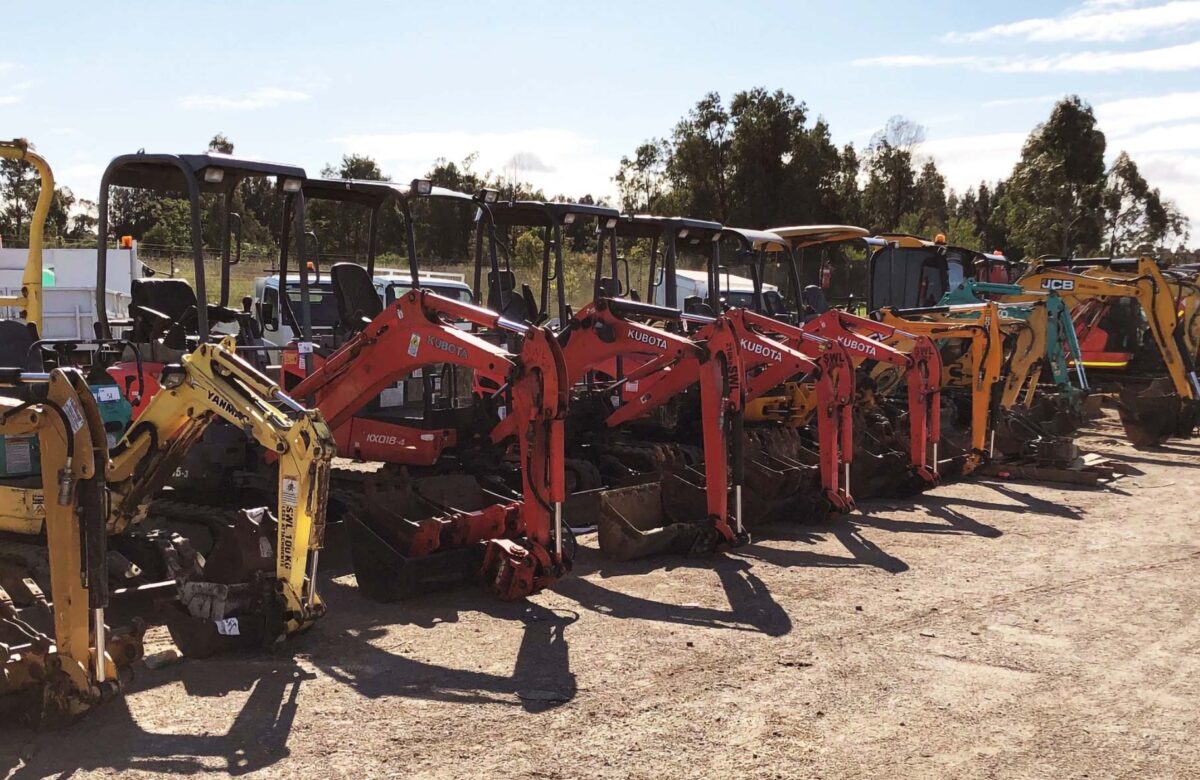