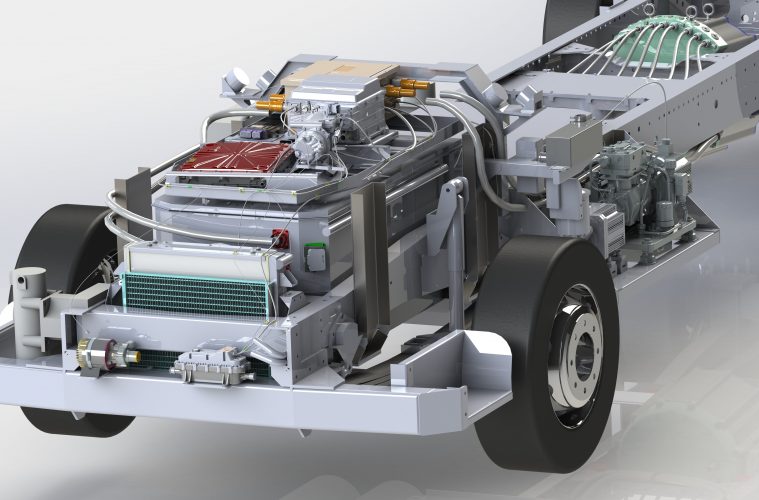 Just as we here at Machines4u are singing the praises of Fuso, Tesla and Ford for their innovations into electric commercial vehicles, Australian firm SEA Electric already have skin in the game. Delivering nine fully-electric vehicles to King Transport today, SEA is leading the way in electric transport in Australia and showing the rest of the world how it’s done.

SEA, a Victorian-based automotive technology company, develops electric vehicle drive trains which can be fitted to a number of donor platforms, thus rendering them fully-electric vehicles. Currently, with three drivetrain models within their SEA-Drive brand, the supported ‘donor’ vehicles include:

Each model operates on the same technology but is simply scaled to suit the size of the donor vehicle’s platform.

“SEA’s vision is that every commercial vehicle in the world, that travels less than 200km per day (and has a minimum 4-hour dwell time per 24 hour period) has a zero emission – 100% electric drive in the future. This transposes to most of the 350 million commercial vehicles in operation across the globe. Furthermore, SEA intends to lead the establishment and growth of this new sector for the Australian economy, and expects to see Australia become recognised as a leader in electric vehicle technology.”

Where Fuso’s new eCanter has a range of up to 100km per charge, the SEA version will see small to medium-sized commercial vehicles, such as the 10t rigid truck delivered to King Transport today, travel up to 200km before needing an overnight charge. While the charge time for SEA’s electric system is around 7 hours, which is substantially longer than Fuso’s 60-minute charge, the solution offered by SEA is designed to suit transport operators with a number of local, set routes, with dedicated overnight layovers. For this purpose, the SEA-Drive models are ideal.

The Victorian Minister for Energy, Environment and Climate Change, Lily D’Ambrosio was present for the handing over of the vehicles, and noted: “what can happen when you have a vision and follow through with it.”

SEA are the recipients of a $516,720 grant from the New Energy Jobs Fund grant, under the ‘manufacturing’ category, which helped them to support the development of their technology.  The grant is one of 24 that the Victorian government will be allocated over coming months, to those involved in the development of clean energy projects around the state.

“The fund is a key component of our $200 million Future Industries Fund to support high growth, high value industries, such as the new energy technologies sector that are critical to securing Victoria’s future,” says the government website.

“It is beyond question now that electric vehicles are going to be a substantial part of both the passenger and commercial vehicle sector in the future. The question is simply how great, and SEA has positioned its business, Victoria and Australia to benefit from this exciting journey.”

Article Name
Meanwhile…in Australia: Electric Trucks are Already a Thing
Description
SEA are leading the way in electric transport with the launch of their new drivetrains in Australia, and showing the rest of the world how it’s done.
Author
Maggie Harris
Publisher Name
Machines4u
Publisher Logo