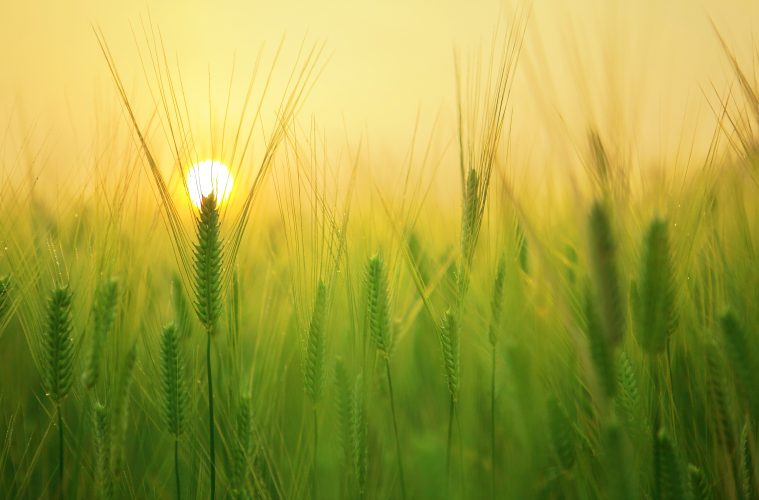 If you don’t have a problem with gluten, it’s easy (and amusing) to write off the gluten-free craze that’s been sweeping the world lately as hipsters jumping on a trend.

We have laughed at many a video vilifying the antics of glutephobes but, when you think about it, it’s a strange kind of “trend” to jump on. Are people really shallow enough to use a fake food intolerance as a fashion accessory?

Maybe hundreds of thousands of people across the globe are that insincere. However, a new documentary film, featuring an international cavalcade of experts, is presenting an alternative theory worth considering. The documentary is set for release in 2017 and covers every aspect of wheat production, from past to present, and the effects we’ve seen in the population as farming practices changed.

How pesticides came into farming

Genuinely helpful innovations of the past, like the development of shelf-stable cereals to help people get enough calories to survive, appear to have become the health risks of the future. In the case of cereals, once the rest of the world caught up to the new technology, and everything was easily accessible and shelf-stable, we had plenty of calories but not a lot of nutritional content to go along with them. This led to the problems we have now with obesity and auto-immune diseases like diabetes.

During the Green Revolution of the mid 20th century, monoculture took over. The endless sameness of monoculture crops makes them more susceptible to pests Our answer was to experiment with chemicals to treat and protect the plants.

But the pesticides and herbicides we use to protect them also make them weaker. So we spray the seeds to make them sprout, include hormone sprays to make stalks strong and ensure seeding happen all at once, and add chemical fertilisers to replace the nutrients depleted by everything else we’re spraying. This has created a vicious cycle with an accumulative effect, sterilising the soil, degrading the land, and potentially affecting the health of the people consuming the plants.

The chemical the documentary’s experts seemed most concerned with was Roundup. Aka Glyphosate. The argument in favour on Roundup’s safety has always been that it only affects plants and bacteria, not human cells. However, one of the medical experts, Dr David Perlmutter, pointed out:

“We are 10 times more bacteria than we are human cells. Therefore, glyphosate becomes a major issue for us to be really concerned about.” 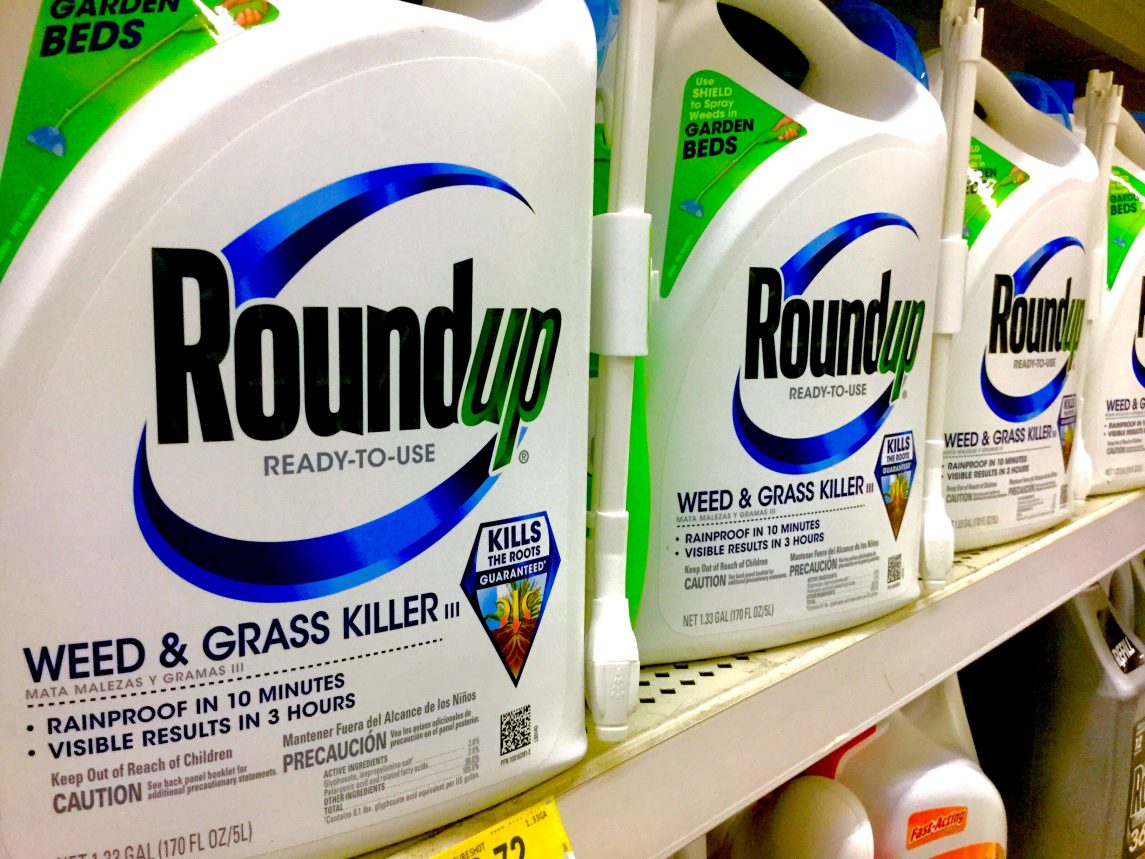 What pesticides do in your body

Dr Perlmutter went on to explain the “Shikimate pathway” which sounds like a kung-fu movie but is actually a metabolic process. It’s a plant-only deal. We humans didn’t get an invite to the Shikimate party. But all the bacteria that occupy us did and, when we eat wheat that has been treated with Roundup, they are susceptible to being affected.

Most of your bacteria live in your gut and do important jobs like creating neurotransmitters. If they’re hungover from too many artificial chemicals, their ability to produce these natural brain chemicals is disrupted. This is just one of many side-effects and, over time, you can end up with a gut that’s not managing to absorb vitamins or feed your brain.

So the gluten intolerance epidemic may be more than just a fashion trend. But it may also have little to do with gluten and everything to do with the chemicals it’s dressed in when it slips into our bodes.

“You can’t continue to douse your food in neurotoxins and not expect it to show up in the human population. Simply thinking should tell us to head down a different path.”– Farmer, Joel Salatin

Whether you believe all of this or not, the concept is building more and more traction within the general population. And, once it reaches critical mass, it is likely to result in a complete agricultural paradigm shift. Those not ready to accept the changes will be the farming equivalent of flat earth theorists.

With this revolt against chemicals growing among consumers, it is important for growers and producers to be ahead of the game. Thankfully, there is a growing army of options out there for farmers who want to reduce their reliance on chemicals.

The most exciting tech we’ve come across is a Smart IoT Application Development (SIOTAD) framework. Apart from being a babushka doll of acronyms (IoT stands for Internet of Things, which you can learn more about here), this SIOTAD framework is designed to reduce the use of phytosanitary (herbicide and pesticide) products by an estimated 80%.

Players in the new tech field

The project is so ambitious, it requires collaboration from a variety of different companies. The team is comprised of:

They also have a connection to a French farming association and farmers who have provided their fields for testing. This allows them to collect data and make adjustments in a real business setting. So the choices are all tailored to farmer’s needs.

Guillaume Jourdain, CEO of Bilberry, explained the way the final product will operate:

“Our solution, incorporating cameras on sprayers that will scan the area, and in real time, determine where to spray or not, is new for farmers, and will help them substantially decrease the amount of herbicides they spray on their crops.”

Petri Liuha, of EIT Digital, is the Digital Industry Action Line leader in charge of the SIOTAD project. He says the tech is currently in a “learning period” but they are looking at launching the pilot version by the end of the year.

“There has to be a lot of data analysed and collected before it can actually be used in the field.”

Along with this learning period, there are numerous calibrations needed for the idiosyncrasies of fields, crops, weather conditions and other variables. This is all uncharted territory so it does present a challenge but Petri is confident the obstacles will all be surmountable. He anticipates Bilberry will need to run a few updates, after the pilot is launched, before they have all the parameters covered.

What the SIOTAD framework will do

The overall system architecture will involve a central database where all the information is aggregated. There are still open question about how many adjustments and calibrations will needs to be done. However, once it has collected sufficient data to know how to proceed in all the circumstances it’s likely to encounter, the system should work automatically and independently.

“The basic motivation here is the reduction of pesticide products which is a significant cost to farmers, even compared to fertilisers and seeds.”

The company is estimating a reduction in pesticide and herbicide use of at least 80% and the savings made on these products would provide immediate and ongoing return on investment (ROI). And that’s just speaking financially.

In the long term, there are other yields to be gained by reducing the use of these products. Particularly on a global scale. In terms of the farmlands and environment, we will be maintaining the long term fertility and health of the land by cutting back so drastically on chemical use. The SIOTAD framework will also fit perfectly with the growing market in microbial inoculants which are far more viable in a world where we’re not so reliant on chemicals.

IoT and the risk of cyber hacking

One of the biggest challenges faced by IoT innovators is safeguarding their tech from cyber hacking. When we’re talking about the application of chemicals on a global scale, it is vital to ensure the systems are safe. Here, EIT Digital’s structure provides an amazing platform for innovation. While the SIOTAD team are focussed on getting their system functioning at this stage, EIT Digital has a community of innovators under their umbrella.

“They have visibility of what the others are doing, not on a deep technical level, but they do have access to solutions they might need. It is our intention for them to be able to cross-use technology and solutions where relevant.”

At this stage anyway, the project is not targeting small farms. There is an upfront investment required to access the technology which, in the early stages most likely won’t be feasible for smaller farms. However, once the tech has been successfully operational in the bigger fields, it is expected to roll out on a wider scale. 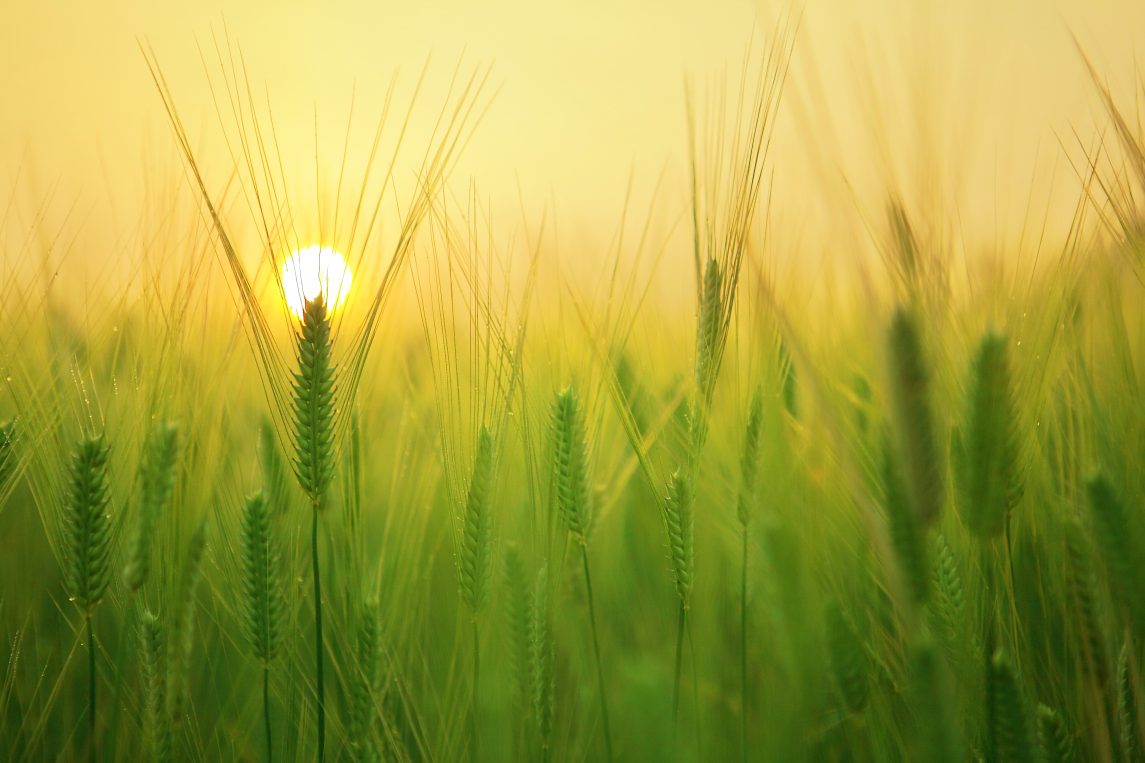 Article Name
New Weed Detection System: An End To Pesticides and Gluten Intolerance?
Description
New IoT tech designed to reduce the use of pesticides by an estimated 80% may spell the end to chemical use in agriculture and wheat intolerance in humans.
Author
Krystle Richardson
Publisher Name
Machines4U
Publisher Logo