Top 5 Reasons Why Claas Keeps Winning Tractor of the Year

Claas has been making agricultural equipment for as long as Canberra has been Australia’s capital city. If you’re a bit hazy on history, Canberra was officially named in 1913, the same year August Claas kicked off a business that would one day be filling Australian fields with its iconic green and red tractors.

With a solid history of innovation and award-winning performance, Claas was picked up in Australia by leading agricultural machinery distributor, Landpower. Dedicated to sharing only premium quality machines with their network of customers, Landpower are choosy about the brands they promote. They’ve been working with Claas for 40 years now and are responsible for the Claas Harvest Centre, a dealership network that ensures farmers have access to sales and service all over Australia and New Zealand.

Having just added the 2017 Machine of the Year award to their already bulging trophy cabinet, we figured it was high time to take a closer look at Claas and what it is about the company that seems to net them so many accolades. 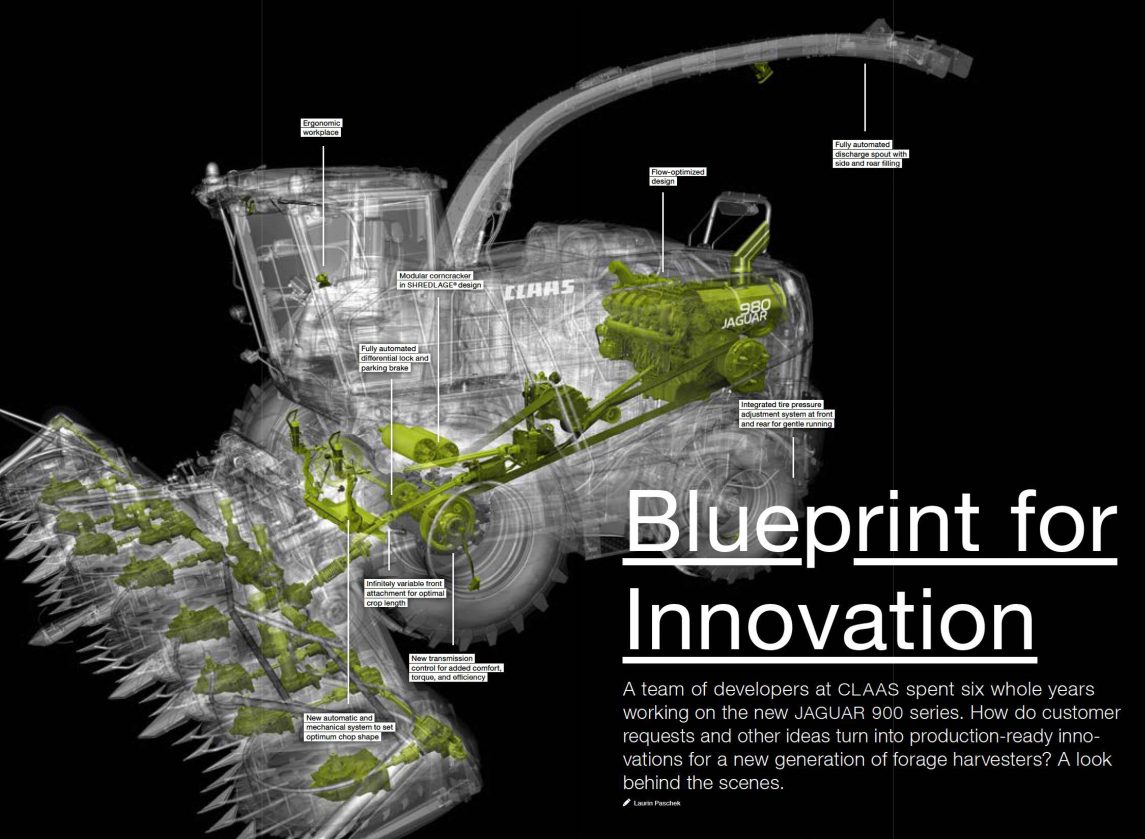 Claas has more than 3,000 patents to its name and has been the first company to release a range of technologies including their unique transmission which is protected by not just one but five sets of patents. The system brings together two hydrostatic drives, multi-speed planetary gear and clutch unit to give the operator uninterrupted traction and greater power and control in any conditions.

The children of August Claas grew into adulthood along with the business. August’s son, Helmut, is still one of the key inventors. He’ll be turning 91 on the 16th of July and was recently awarded the Rudolf Diesel Medal for ‘most successful achievement in the field of innovation’ from the German Institute for Inventions. In his acceptance speech, Helmut said,

“It’s certainly very special to be able to receive such an honour in one’s nineties. But this is less about me than about our strong team at CLAAS, and how, together, we’ve been able to combine a love of invention with financial success.”

While it has grown from a small family business to a multi-national empire, Helmut says Claas has held onto its roots and they simply see the expanding business as an ever-growing family.

A strong family and innovative mindset could take you into any line of business. But the Claas family are farmers and so all of their energy has gone into developing the kind of inventions they wanted for themselves. Machines, equipment, systems and strategies to tackle the challenges they faced every day.

While the machinery business was their core operation, the Claas family maintained their farm, growing crops and breeding cattle. This gave them the unique ability to be their own customers and so really understand all the little things, the extra details that transform a machine from a useful tool to something you actually kind of love because of how harmoniously it works.

#4: They care about farmers

In the company’s own words:

“Claas is dedicated to benefiting farmers, conserving resources, and ultimately making a contribution to securing the food supply on a sustainable basis.”

When combined with their innovation obsession, this ethos has resulted in Claas coming up with never before seen inventions designed to make farming life easier. They were the first company to create a fully automated combine harvester and have a patented track system on their machines which makes them “tiptoe” through your fields, minimising soil compaction while maximising payload.

#5: They design for (and invest in) the future

In the development of their award winning forage harvester (the JAGUAR 900 series), Claas dedicated so many minds to the project, that, if it had all been done by a single person, it would’ve taken 300 working years to complete. Good thing they were prepared to make the investment.

While most of this inventiveness does come from within, Claas does not exist in a vacuum of its own innovation. They are constantly seeking out and soaking up the latest advancements from all sorts of related fields and then integrating them into their designs.

They’re using augmented reality systems to make tractor operation, repair and maintenance easy for farmers. Using a smartphone app (or even virtual reality goggles if you’re keen) you locate whatever component you have a question about or problem with and the system recognises it and brings up functionality info, explanations, and tutorials.

This technology is designed, not just to give you the latest advancements, but to make them easily understandable for you; which is what makes Claas really stand out. No matter how high-tech they get, they still have traditional farming family values. They understand that technology is all well and good but it needs to be easy for farmers to grasp and put to use for it to have any real value.

Article Name
Top 5 Reasons Why Claas Keeps Winning Tractor of the Year
Description
Having just won the 2017 Machine of the Year award, we figured it was time to take a closer look at Claas and why they receive so many accolades.
Author
Krystle Richardson
Publisher Name
Machines4U
Publisher Logo